April 25th 1997 saw the debut of Agent Aika. Termed an ‘Anime Legend’ on its Bandai Entertainment DVD cover, one may assume potential depth, that there is more to the title than the provocatively drawn 90s style anime women on the front of the jewel case would otherwise imply…

The setting of the mini series has some world building, be it modest, and vague at best. A past global cataclysm (in the year 2016 no doubt!) has submerged portions of the world (a bit over 10%, so Waterworld, or Evangelion on a smaller scale), and the lucrative, but dangerous business of salvaging has become prominent in the not so distant future that the story takes place in. 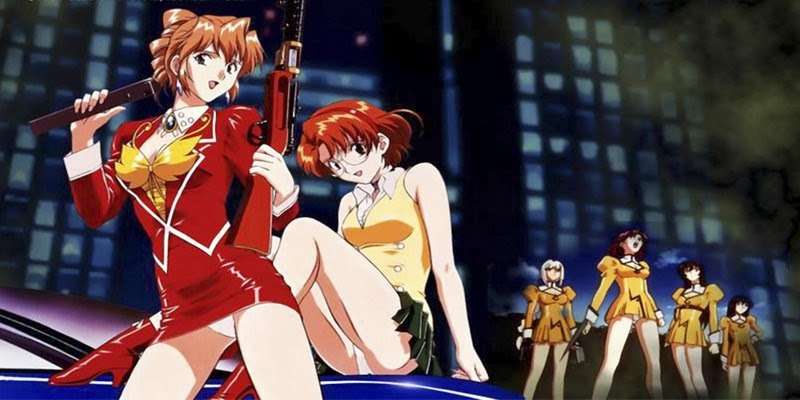 The plot is straight forward, and probably familiar to most Bond aficionados.

An evil mastermind with powerful technology, and a devoted army of well armed flunkies attempt to remake the world, which would require eradicating the existing population. Pretty much The Spy Who Loved Me, and Moonraker’s identical plots respectively, but this being anime it has to take things a step further into the surreal and extreme. A plot device element in this case.

All we need know as the viewer is that Lagu is capable of transforming the world, and that our villain, a pretty boy mad scientist named Rudolf Hagen, is trying to obtain the stuff to commit a planet wide atrocity, then repopulate the Earth with his underlings, the Delmogeny, or Delmo Corps.

Our heroine, Aika Sumeragi works with Rion Aida (hey, look, a sidekick!), and Rion’s father, Gozo Aida. Gozo and Aika have past history told in flashback that indicates they were involved in espionage before settling into their present salvage operation. The first episode’s inciting incident is their undertaking of a job that Aika and Gozo first debate over, having both promised never to take up work that was sketchy. Backs against the wall financially after Aika’s flirtatious rival (Gusto) damaged their last salvage item, they agree to hear out their new potential employer.

The Delmo Corps arrives, attacks our heroes, abscond with a threat, and it’s off to the races after that with little time to think about in regards to the wafer thinness of the setup.

The following three episodes have jet fighter battles with Hagen’s evil (possibly incestuous) younger sister, a special agent named Maypia (Gingers for the win!) who joins the good guys, a warship that transforms into a spaceship, explosive antics above Earth, and a lot of daring do leading to the heroes saving the day.

It has a special episode, and three follow up episodes covering the remnant Delmos attempting to avenge Hagen by destroying Aika’s life, but our heroine and her friends come out on top in the end. Two prequel OVAs have been released since, Aika R-16: Virgin Mission (2007), and Aika ZERO (2009), covering Aika Sumeragi’s past in further detail.

Agent Aika is, perhaps, legendary do to its unashamed excesses of ecchi.

The fanservice in the series is served up by Hagen’s all female expendables, the Delmo Corps, with their micro mini-skirts, colored by MO uniforms that render panty shots every time they kick high, jump, bend over, fall down, etc. (you get the picture).

These minions are a crucial feature of the anime as without them the intentional sleaze just wouldn’t be as overwhelming. Which is the point. There’s not just nudity in Agent Aika, but an entire second episode titled ‘Naked Missions’ that has enough free swinging ta-tas to appease a thirsty Al Bundy. And the aforementioned panty shots? A barrage of them every episode between the action sequences, and the voyeuristic up-skirt angles done on static side characters.

Aika has a sentient golden bustier that transforms her into a super powerful warrior a la Magical Senshi fair, but only after it tears all of her clothes off gratuitously, leaving her with a tan and clad in a skimpy bikini outfit (No, I’m not kidding). Her sidekick, Rion, a petite Meganekko, spends a majority of the second episode sneaking around Hagen’s ship in the nude, then goes back to adding to the small clothes peep count.

While best watched in Japanese audio with subtitles, the English dub of Agent Aika has a B-movie charm (or cringe) to it that I find to be conducive to the material.

I wouldn’t watch it any other way. 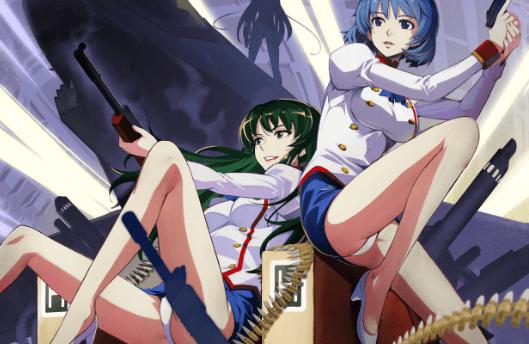 Looking at the overall whole of the mini series, it’s apparent that Agent Aika steals like a thief, but hits all the purloined beats, and borrowed bars with a corny sort of grace.

While it’s largely pleats with peeks, Agent Aika is worth the leer, er, I mean look!