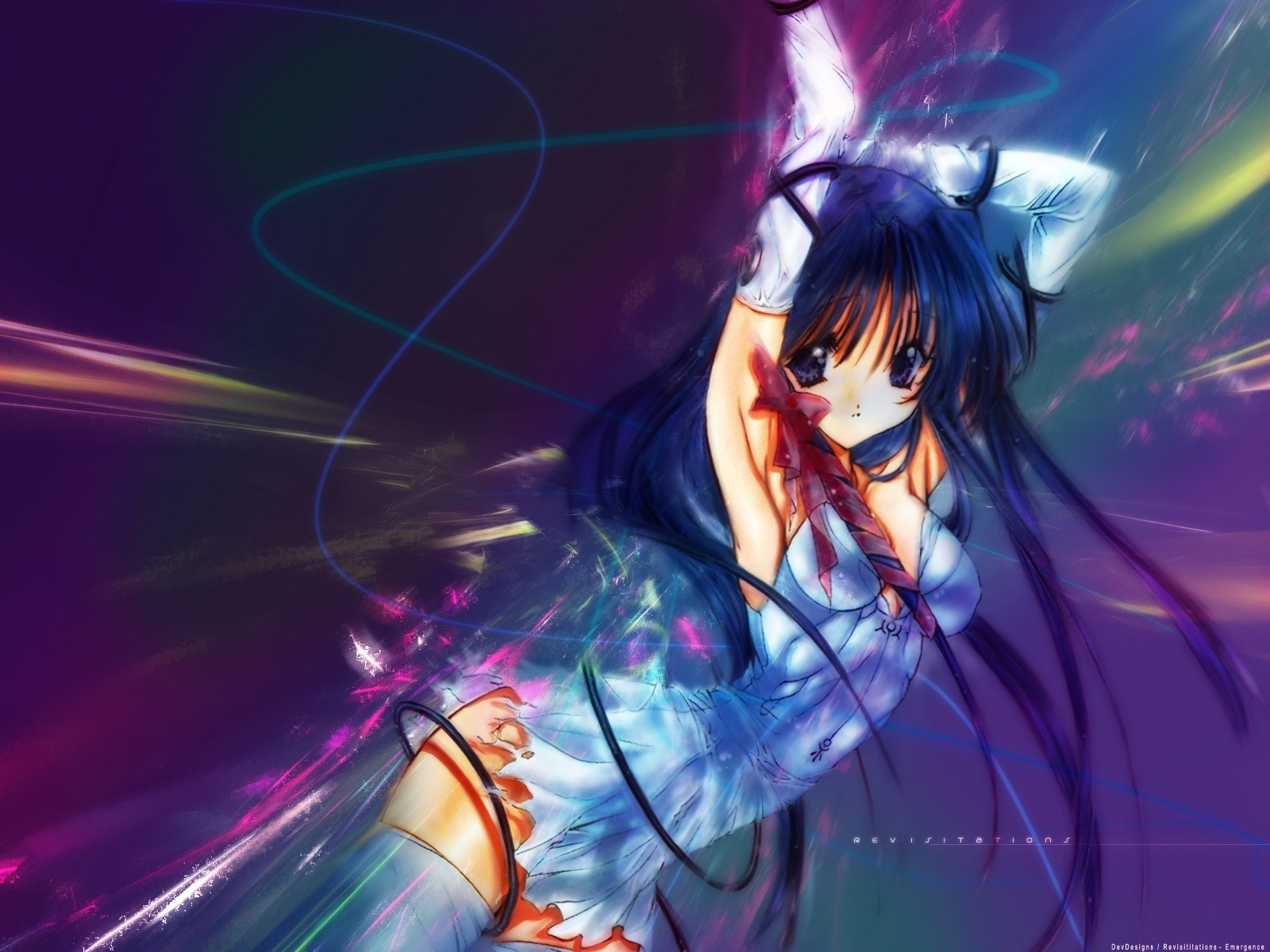 Of anime series coming out in 1999, the big names are naturally going to be remembered and discussed on their various merits, anime such as the still ongoing One Piece, or Hunter X Hunter, The Big O, Turn A Gundam, Initial D, perhaps Infinite Ryvius, and for those of discerning tastes, Excel Saga. Chances are, Seraphim Call won’t come up in conversation. Seraphim Call is an obscure anime that has been described as Avant Garde, an anthology with unique, often unusual storytelling structure.

Largely nonlinear, each episode spotlights one of 11 girls living in the city of ‘Neo Acropolis’ (it is apparently Yokohama), a city floating on water. The 12th episode brings all the girls together in a curtain call of sorts. Running from October 6th to December 22nd, the series originally started out in Dengeki PC Engine Magazine as a participation project for its readership, then blossomed into an anime by Sunrise after two years of fan support. Individual plots are its strong point, as the series sheds linear progression typical to most anime for the aforementioned episodic anthology format. 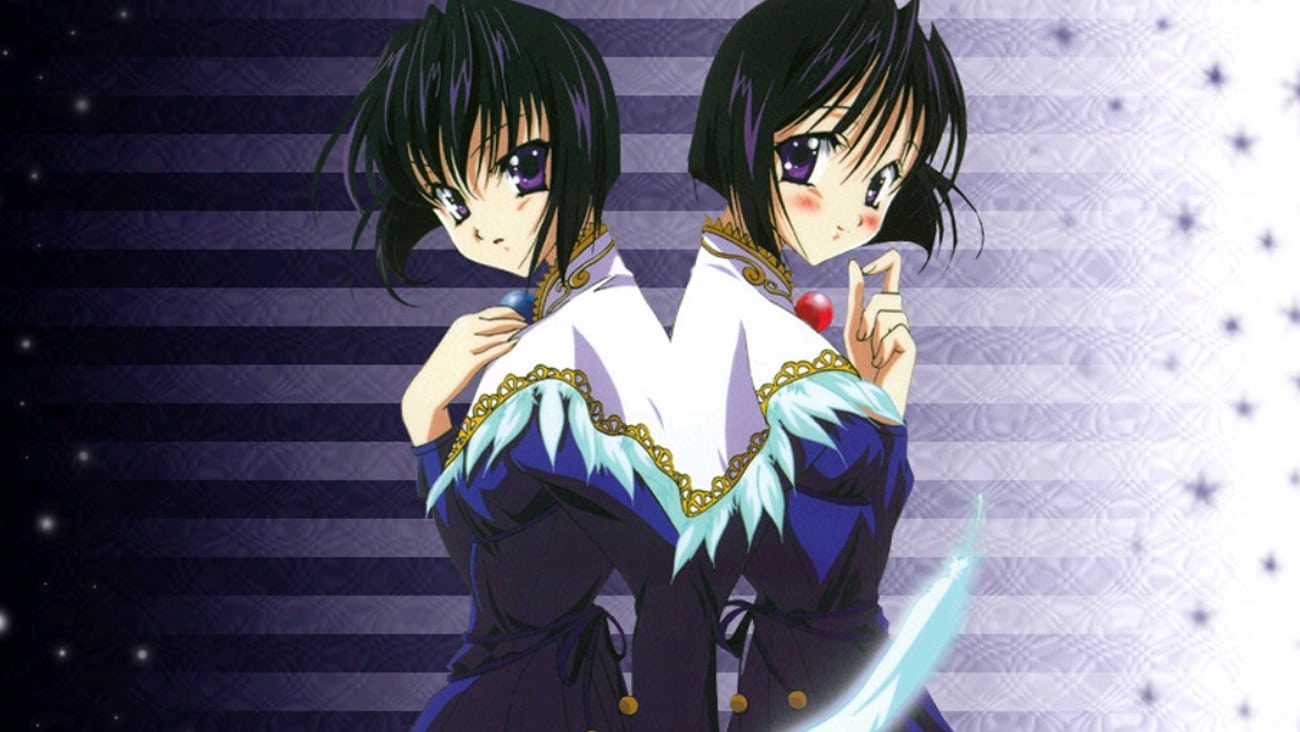 If one was to watch the first episode, and nothing more, said viewer would assume the anime was a quirky action comedy about the severely guy shy girl genius Yukina Kurimoto saving Neo Acropolis from calamity with her giant mecha. It’s a hysterical, fun episode, with a couple of neat visual and script tricks that prey off of what the viewers are expecting, and what they are in fact witnessing as the androphobic heroine tries to get over herself long enough to diffuse a cluster of bombs. Every episode after the first shifts gears drastically in contrast; the next episode brings us into the bedroom of Tanpopo Teramoto, and into her life with its various dramas…shown entirely from the point of view of a stuffed animal.

It’s uncomfortably static, and unnervingly voyeuristic, with a hook ending not to be spoiled here. Another episode takes us through a deliberately jumbled narrative that covers several days (perhaps more) in the life of Hatsumi Kusunoki, star runner on a high school track team trying to come to terms with her tomboy nature, and the insecurity it brings her while simultaneously rebuffing a female artist who wants to paint an abstract of her. The scenes are all out of sequence, leaving the beginning, middle, and end hard to perceive initially until the plot elements begin to narrow, then, it all puzzles itself out in an aha moment.

While Seraphim Call is refreshingly creative, and original in its presentation, it is hard to pin down to an exact genre that describes it best. Pick a site talking about it, and the genre labels tend to change somewhat. Its stories can be down to earth, like one where a mangaka takes an atypical direction with the plot of her manga after a boy moves into her house, upsetting her routine. Couple this with the various school settings which act as the only real touchstones of continuity between respective stories and characters, one may assume Seraphim Call is a slice of life anime. Then there is another episode that goes into speculative territory using mathematical concepts to explain how an English teacher reunites with her deceased mentor via temporal paradox. Factor in that the year of the show’s universe is 2010, a not too distant future from the real life Fall of 1999 that birthed it, and one could label Seraphim Call as an offbeat science fiction.

Furthermore, some elements subtle, and not so subtle, indicate that the material is Yuri at heart, but simply won’t come all the way out of the closet. This is illustrated rather explicitly in a pair of scenes where twin sisters Shion and Sakura Murasame  (pictured above) share a kiss to confirm they are in reality after using a VR device. These kiss scenes towards the end of the only two linear episodes, episodes that purposefully mirror each other to form its plot, begs the question as to whether it’s familial affection, or something a bit more sordid that we’re seeing between the siblings.

The result of these tonal shifts, and undercurrents of intimation, is the 12th and final episode feeling awkwardly tacked on and without any denouement; the characters seeming out of place with each other as they never interacted until now, gathering to reveal the series namesake (the Seraphim) for the first, and only time in the whole run of the show. All this aside, Seraphim Call stands small, but proud among the giants that dwarf it because it is without peer in originality at the close of a decade and the start of a new millennium.

A worthy accolade in an often repetitive medium.