Names, colossal in proportion, which have reigned over much of my feature length animation viewing since Pokemon, Dragon Ball Z, Vampire Hunter D Bloodlust, Outlaw Star, and Gundam Wing initially hooked me into Japanese entertainment on a whole twenty years ago.

Miyazaki, and Isao Takahata took over not too long after Tite Kubo (Bleach), Shirow Masamune (Ghost in The Shell), and Kishimoto Masashi (Naruto) mugged me for my first couple of Wal-Mart paychecks.

Released Stateside April 12th 2019, finding it in present day 2020 at a Best Buy (Thank you Shout! Factory) one Sunday afternoon, and purchasing it on a whim was pure chance on my part. It being the gift that it is was pure execution of the craft of animation and story telling on Hiroyasu Ishida’s part.

One Summer, the mature (and highly intelligent for his age) Aoyama is faced with the mystery of a sudden influx of penguins in his sleepy suburb town. Figuring that there is a reasonable, scientific explanation to this phenomenon to be found, Aoyama sets out with friend, and fellow fourth grader, Uchida to investigate.

We learn that the appearance of the Penguins are the fault of ‘Onee-san’ (I believe that means ‘Sister’ or ‘Big Sister’ in Japanese. God help me), a nurse at a local dental practice who Aoyama has befriended, and subsequently become enamored with. She can manifest the penguins out of everyday inanimate objects, under proper weather conditions; a sunny day.

As the plot progresses, another bright fourth grader in Hamamoto joins the cast we’ve been following, revealing an additional phenomenon, a floating sphere of water (called ‘The Ocean’) in the middle of a forest clearing.

She demands they keep The Ocean a secret so they can research it together, and prevent it from being found by others. But Hamamoto has an ulterior motive for this, a crush on Aoyama that she’s trying to pursue into a relationship. When The Ocean and Onee-san are found to be connected, Aoyama calls the research quits to protect Onee-san. Elaborating further would spoil the emotional, and frenetic crescendo the film builds to.

Based on Tomihiko Morimi’s 2010 novel by the same name, the director Hiroyasu Ishida, and Studio Colorido handle the material proficiently. The film’s feel seems akin to Spielberg’s ET, and Abrams’ Super 8 as its focus is on precocious, curious kids coming face to face with the otherworldly that generates chaos around them. 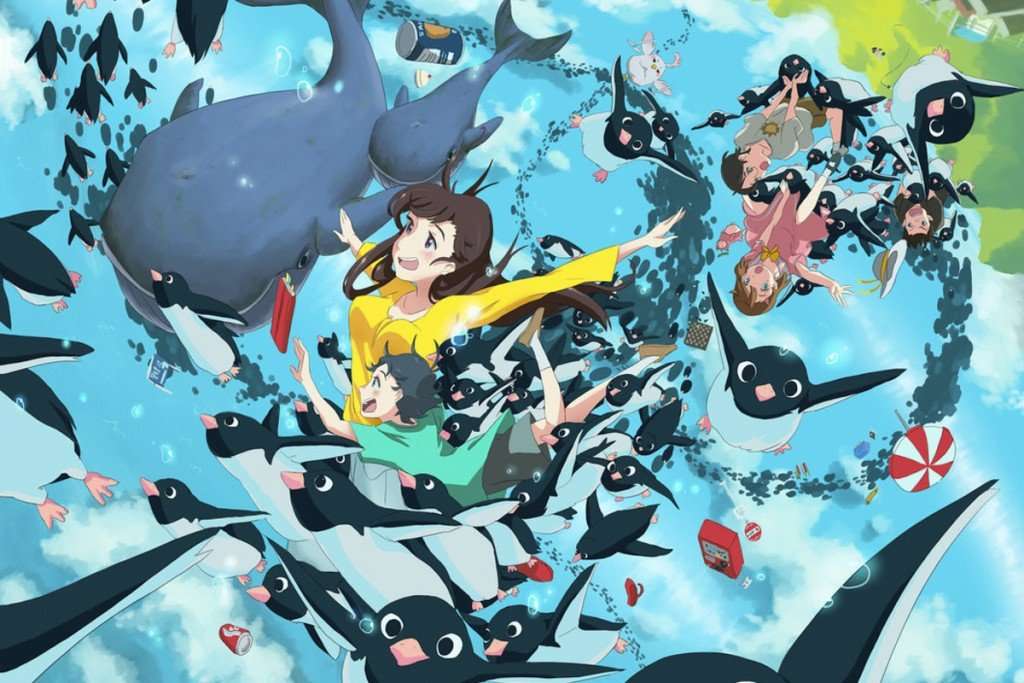 What sets Penguin Highway apart from the two aforementioned live action movies (one a classic) is that the premise itself dances around whether the inciting incident is of cosmic origin, or some sort of spiritual nativity. Regrettably, this vagueness doesn’t particularly help the plot, leaving the ever important “How?” and “Why?” hanging over the whole story, and its denouement.

But the hows and whys left in the air don’t subtract from the wonder that the film evokes. Penguin Highway’s terminal dogma isn’t in hard reason, but in the sense of discovery it delivers. A magical realism usually reserved to postmodern novels, but made palatable, is on display here. 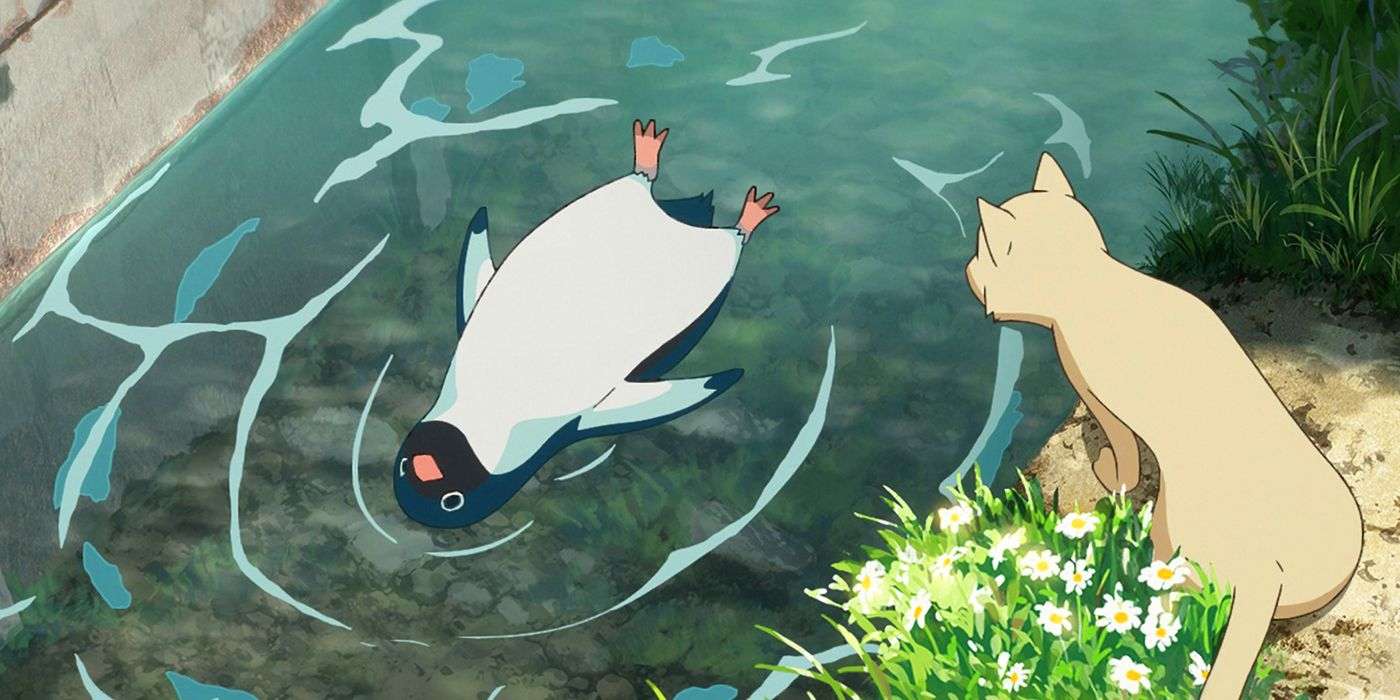 Targeting a G (perhaps PG) audience, Penguin Highway has plenty of emotional depth and visual awe to get the parents sitting down to watch it with their kids. The appeal is akin to a Ghibli production, the surreal imagery comparable to Satoshi Kon’s works like Paprika (2006).

Yet, there is a slow boil progression to Penguin Highway that is a clever deception, easing one from a carefree kids adventure flick into a sober drama toward the later quarter of the film that is more complicated, and sophisticated than what came before. The process is organic, and stealthy.

Hikaru Utada supplies the end credits theme “Goodnight”, which seems to musically emulate the unexpected tonal sucker punch of the film, starting off more upbeat in the verses before moving into a somber, melancholy chorus where Utada’s vocals become haunting.

The nostalgia, and joy of childhood Summers Penguin Highway conveys while simultaneously telling a great piece of speculative fiction is a magician’s hat trick in the same vein of Ray Bradbury’s virtuoso prose work. It’s old hat made new, sure, but it did this old, jaded viewer’s heart good.

Hopefully it will yours, too. A worthy acquisition for the movie library, or streaming watch list.