Amazing Spider-Man #789 Review: Dan Slott Book is Like a Prostate Exam for Completists 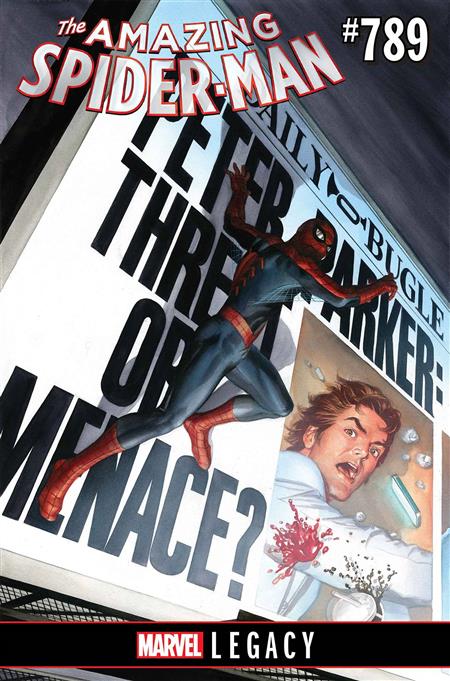 The Amazing Spider-Man is so many things, but these days perhaps the best way to describe it is something like a prostate exam for comic completists. Yes, men need to have that checked out as they get older, but in one sense ASM is different — men don’t need to buy a book in which Peter Parker wears his girlfriend’s clothes while thinking about how he’s a “loser.”

Amazing Spider-Man #789: Slott book like prostate exam for completists
Not sure if this is supposed to be a cautionary tale about dating feminists? One day you’re a superhero, and the next you’re sitting in an “ask me about my feminist agenda” t-shirt contemplating… suicide? The latest issue of Dan Slott’s historically low-selling Amazing Spider-Man ongoing comic felt less like a superhero adventure and more like Dan Slott was trying to troll fans of the friendly neighborhood wall-crawler.

Check out Doug’s always insightful take, and he is one of the biggest Spider-Man fans you’ll ever meet.

Douglas Ernst is a writer and editor for a Washington Times. Read his perspective on entertainment, comics, culture, and more at douglasernst.blog

Watch: International Trailer for ‘Dune’ with All New Footage

Watch: Trailer Drops for First Ever Halloween Special for The Muppets