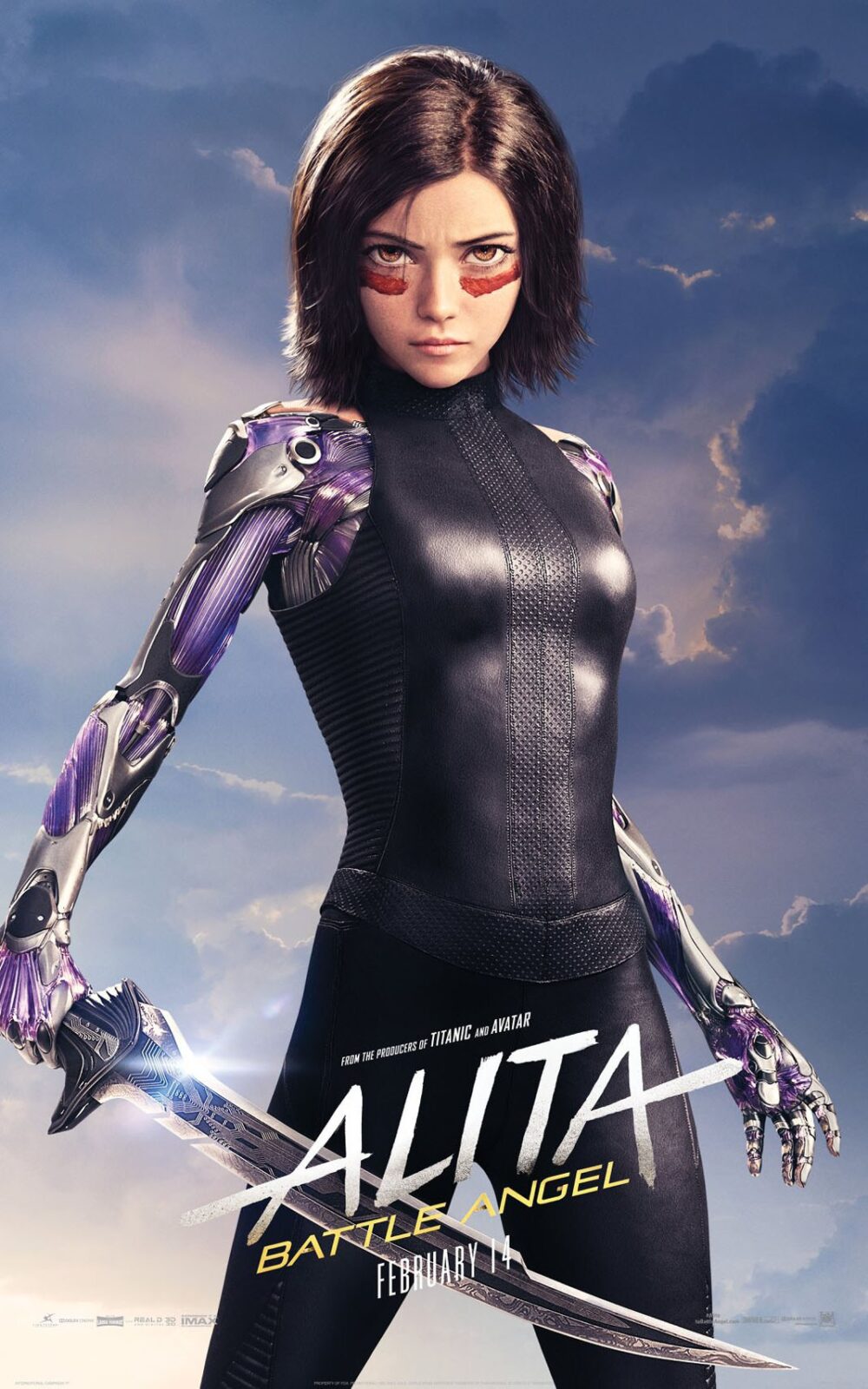 I honestly don’t know where to start this review. I’m still fan boy-ing out over here. Alita: Battle Angel was amazing. They followed the source material so closely, so well, and so beautifully, it completely blew me away. This is especially true since I’m a huge fan of the OVA. If you’re like me, then prepare to have your heart strings pulled. It’s been twenty-six years since the OVA (original video animation) and the live action film has captured the heart of the original with incredible skill and reverence for the original. Alita: Battle Angel is a visual and auditory feast. The film is incredibly charming and packed with heart. I think the only way I can continue this, and not ramble on, is if I break it down into sections.

Let’s start with the cast. 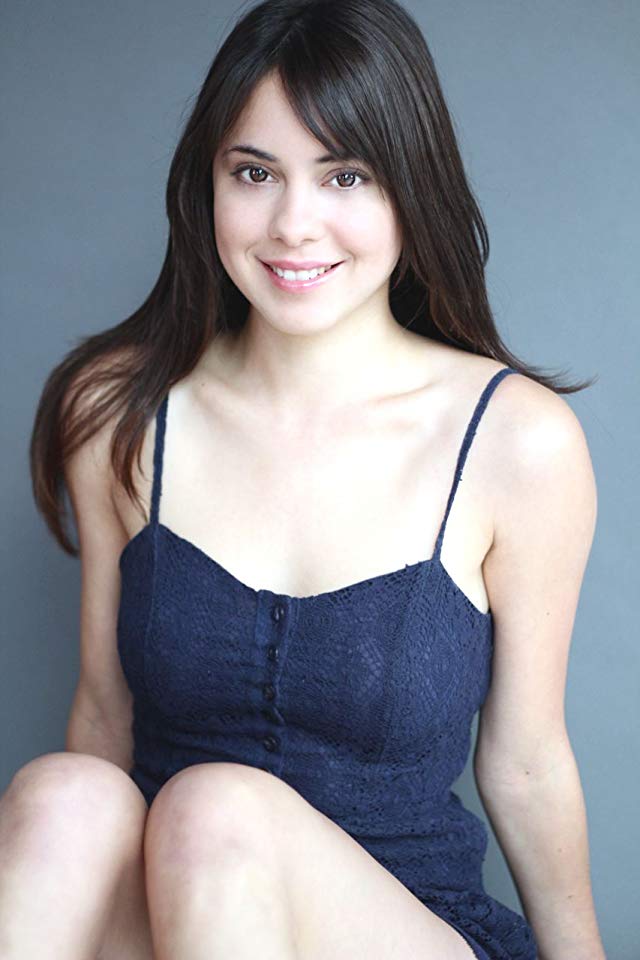 Rosa Salazar is Alita. Had they chosen to use her actual head and then just green screened the rest of Alita’s body onto hers. I think that maybe the only real improvement they could have made. But I digress. Rosa Salazar gave an absolutely incredible performance. She’s so cute, so sweet, and just perfect as Alita.

I pretty much had sparkle eyes throughout most of the movie watching her innocent interactions. 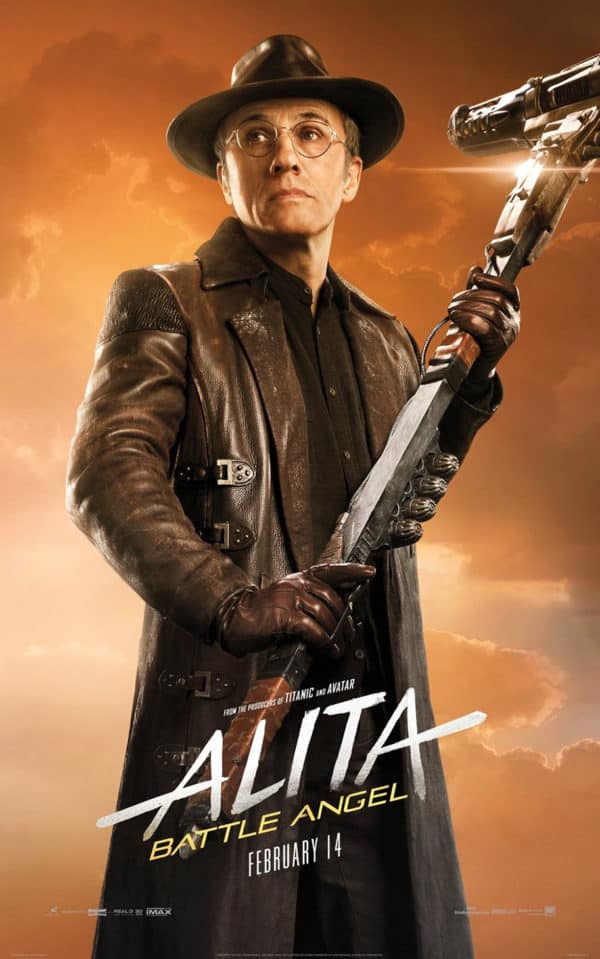 Christoph Waltz almost steals the show in my opinion. And the two friends I went to see it with thought he was the best part. They had not seen the OVA mind you. He’s as awesome as Dr. Ido was in the original OVA. Dr. Ido is his best performance since Django Unchained, a movie where he also stole the show. But that’s a story for another day. 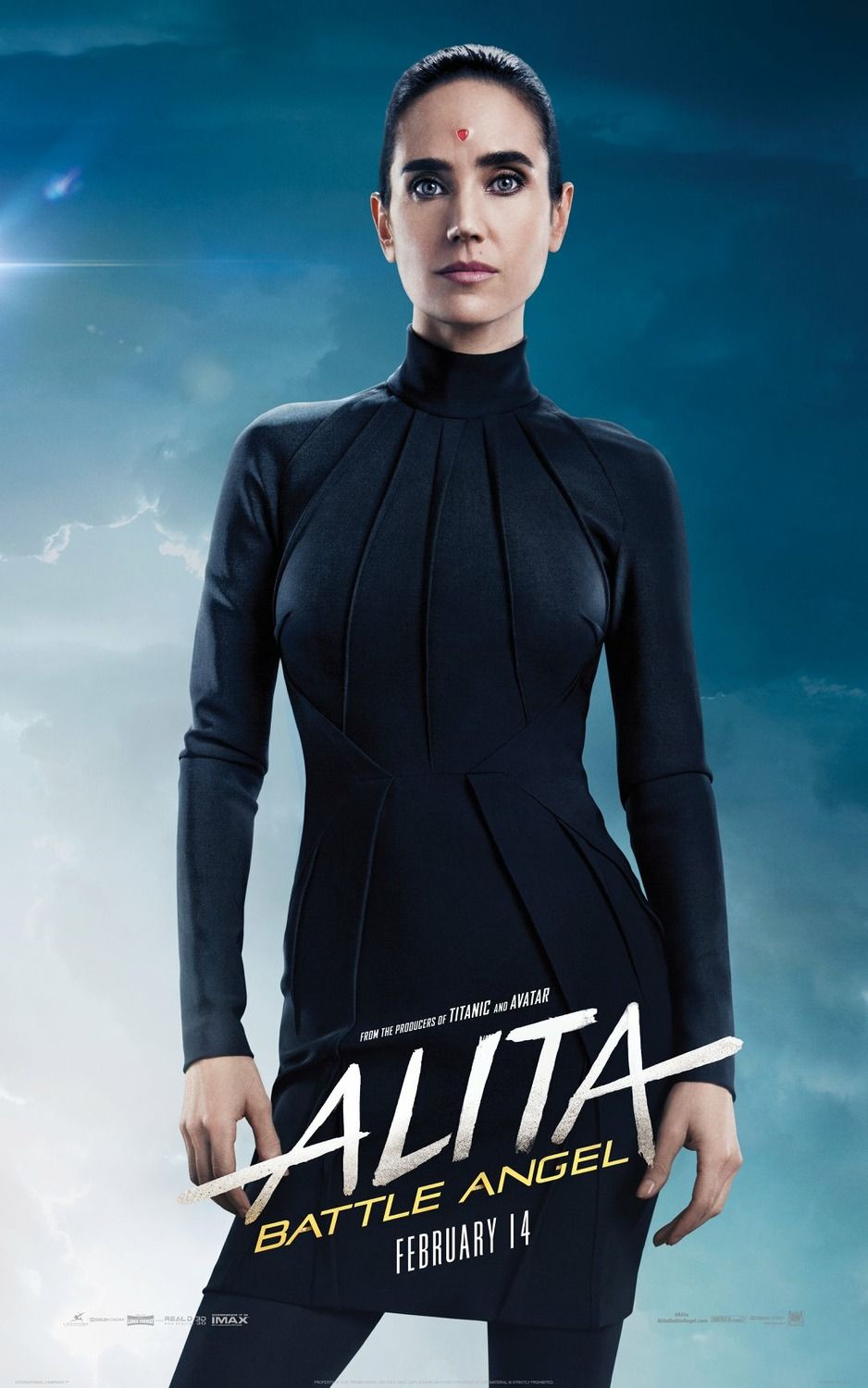 Jennifer Connelly is Chiren. She’s as lovely as ever. But that little dot on her head. I could not stop smirking every time I saw her. Jennifer Connelly, is not only Betty Ross in The Incredible Hulk, she also voices Karen, the A.I. in Peter’s Suit in Spiderman Homecoming. This is funny since she is also married to Paul Bettany who voices J.A.R.V.I.S. in Ironman and later on goes to play The Vision in the Avengers Films, where he sports a similar thingy on his forehead which turned out to be the Mind Stone. I don’t know if the art department did that on purpose for mega nerds like me. Probably not, but I appreciate it anyways. I can’t think of another way to describe her performance other than lovely. 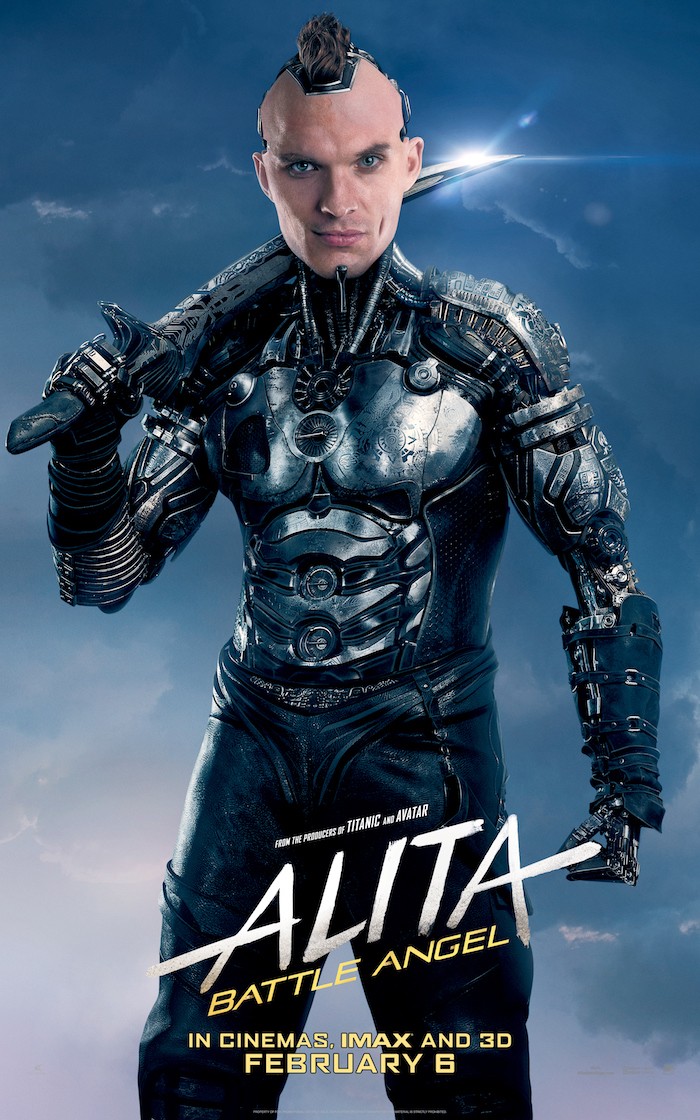 This might be a spoiler, and then again it might just save some people the time of asking where do I know what actor from. So skip this part if you want. Yeah, Zapan is played by Ed Skrein who was Ajax in Deadpool. Yeah, that’s right, it’s Francis. I don’t know if you’re actually going to read this review or not, but let me just go ahead and address Ed Skrein directly for a moment. Oh my god dude, I fucking loved you in Alita: Battle Angel. You honestly gave one of my favorite performances in any movie in a very long time. So much fun to watch! And most of the time it was just your pretty face and lovely voice. I applaud you, good sir. 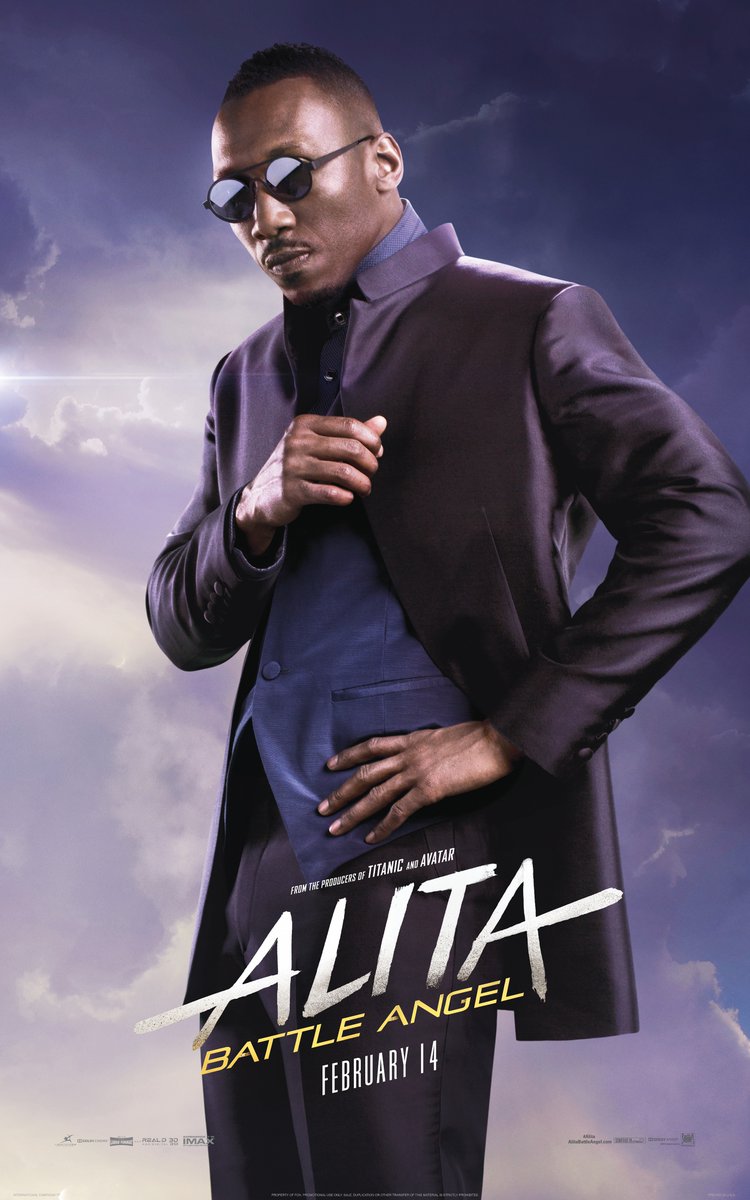 I’m going to talk about Mahershala Ali and Jackie Earle Haley together as they both play double duty in the film. Mahershala, who you may know as Cotton Mouth in Luke Cage, plays Vector and Nova.Both brilliantly. Mahershala is such a professional. He always gives his best. Jackie Earle Haley plays Grewishka as well as Nova. The funny thing is that in the Manga and Anime Grewishka is a total piece of shit. I mean just one of the worst characters in all of fiction. He’s actually kind of likeable in this adaptation. Still a piece of shit, but a likeable one. 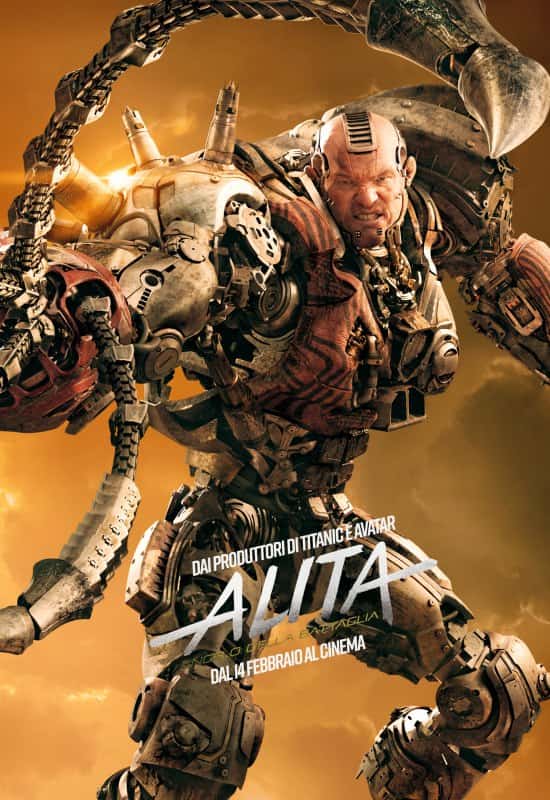 Minor Spoiler the actor who plays the physical form of Nova is Edward Norton. You only see him briefly throughout the movie. 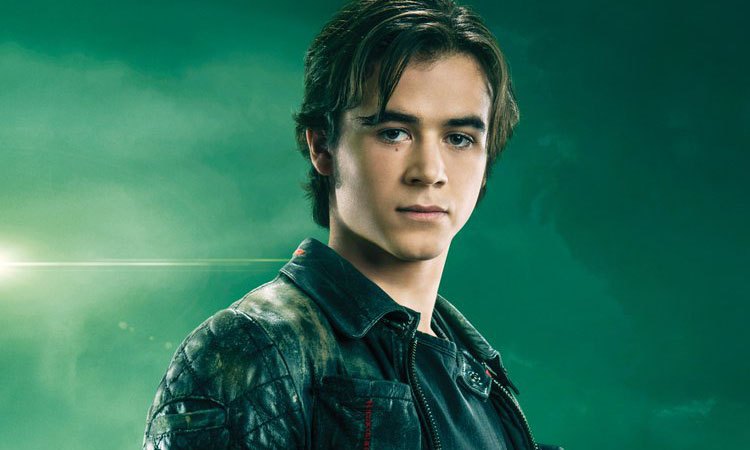 Keean Johnson. This is where it hurts for me. Hugo, Hugo, Hugo. One of the most likeable characters in the OVA is equally likeable in this adaptation. Watching Hugo and Alita on screen just melts the ice around my cold little heart. Seriously, where do Rosa Salazar and Keean Johnson get off being so damn adorable. I swear I just want to hub both of them.

That is all I am going to cover as far as the cast goes. But believe me this movie is filled with many familiar faces and outstanding performances, however brief.

Honorable Mention: Jeff Fahey for just once again being an all around bad ass. He plays McTeague. The due with the dogs. 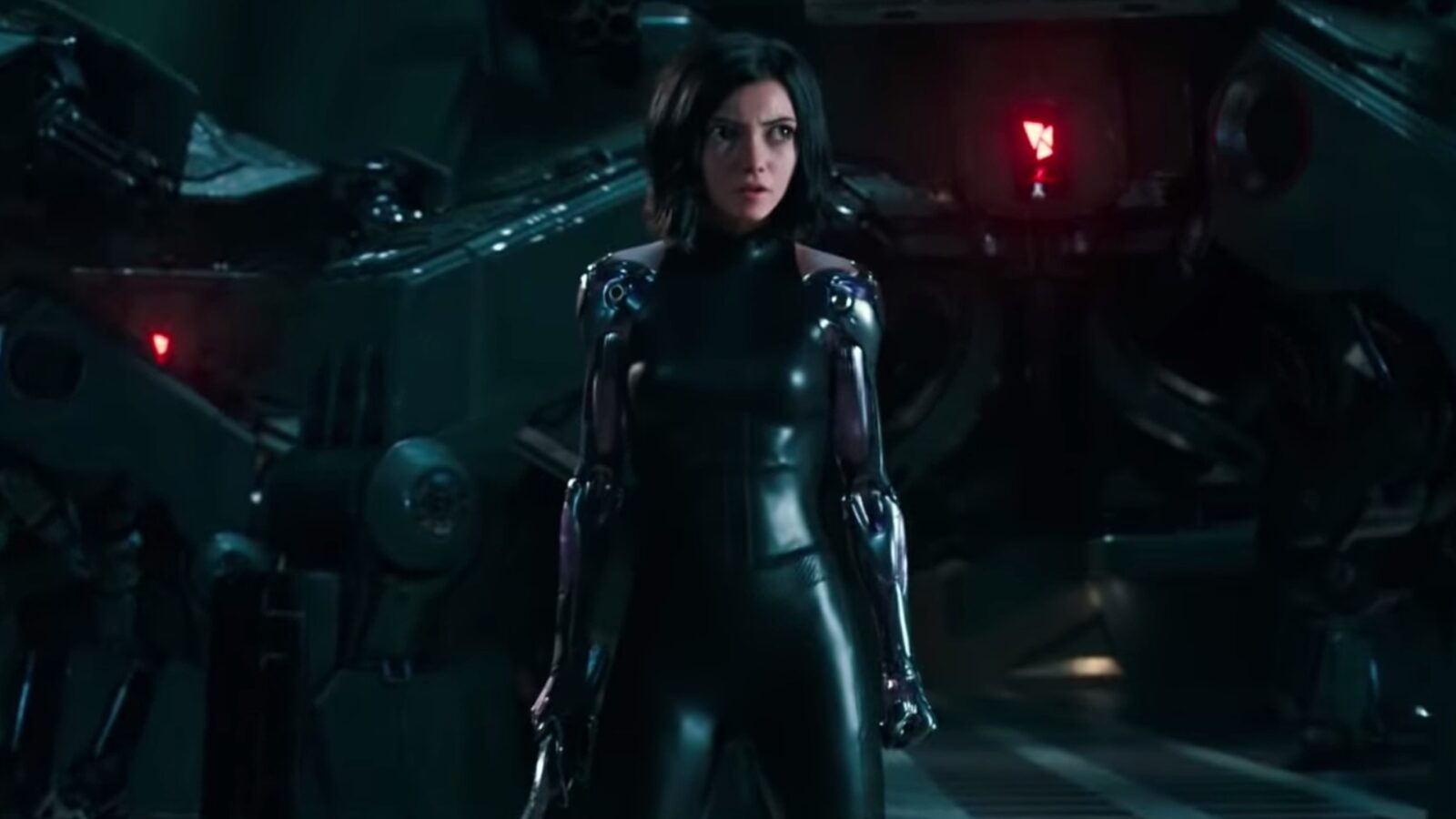 Before I talk about how well Battle Angel Alita was adapted I have to talk about Rupert Sanders and 2017’s Ghost In The Shell. An equally superb adaptation. Rupert Sanders crafted an original story by taking bits and pieces of the entirety of the Ghost In The Shell franchise. The Manga, both of the animated films, as well as the Stand Alone Complex TV series, and even some of the games. Most people don’t know that because they have either only seen the first of the animated films, which by the way is nothing like the Manga, or they have only seen Stand Alone Complex, which is a Stand Alone installment, having nothing to do with the films or manga. 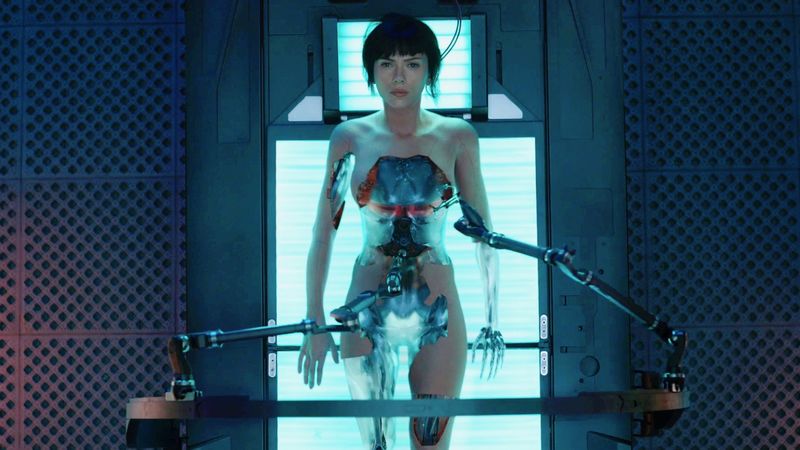 Now back to Alita. Robert Rodriguez , James Cameron, and Laeta Kalogridis chose to do a more focused adaptation, choosing to use the OVA as the foundation for the film. They did so spectacularly. They also used parts of Battle Angel Alita: Mars Chronicle to do some world building and as a way to tell Alita’s Origin Story. Mars Chronicle was not part of the original run of the manga as it came out in 2014. They also added a few elements from the manga, such as Murderball and the sewer fight. 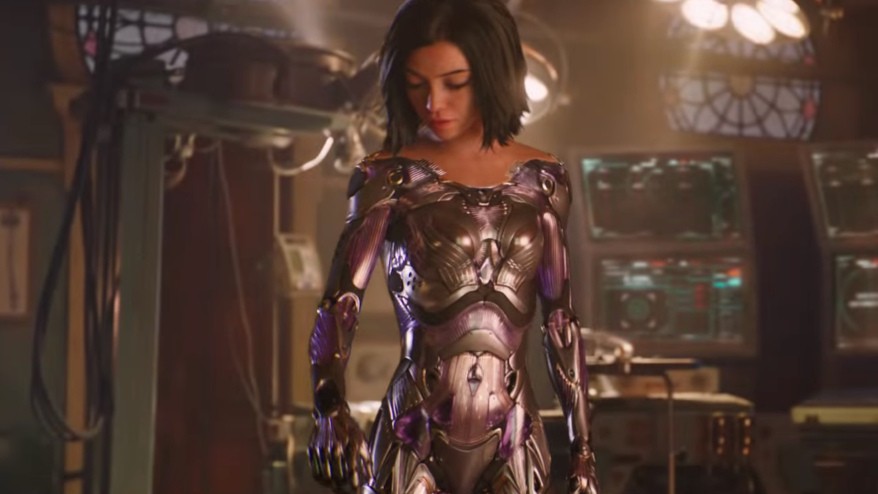 As a film it is everything I said above and so much more. The CG is groundbreaking. Alita is incredibly expressive and I love it. The Big Eyes Work, at least for me. They did make her skin look more like skin and less like a marionette or doll. The action sequences and fights are impactful and fluid. I really like the racers in the movie. They are all really cool looking cyborgs. 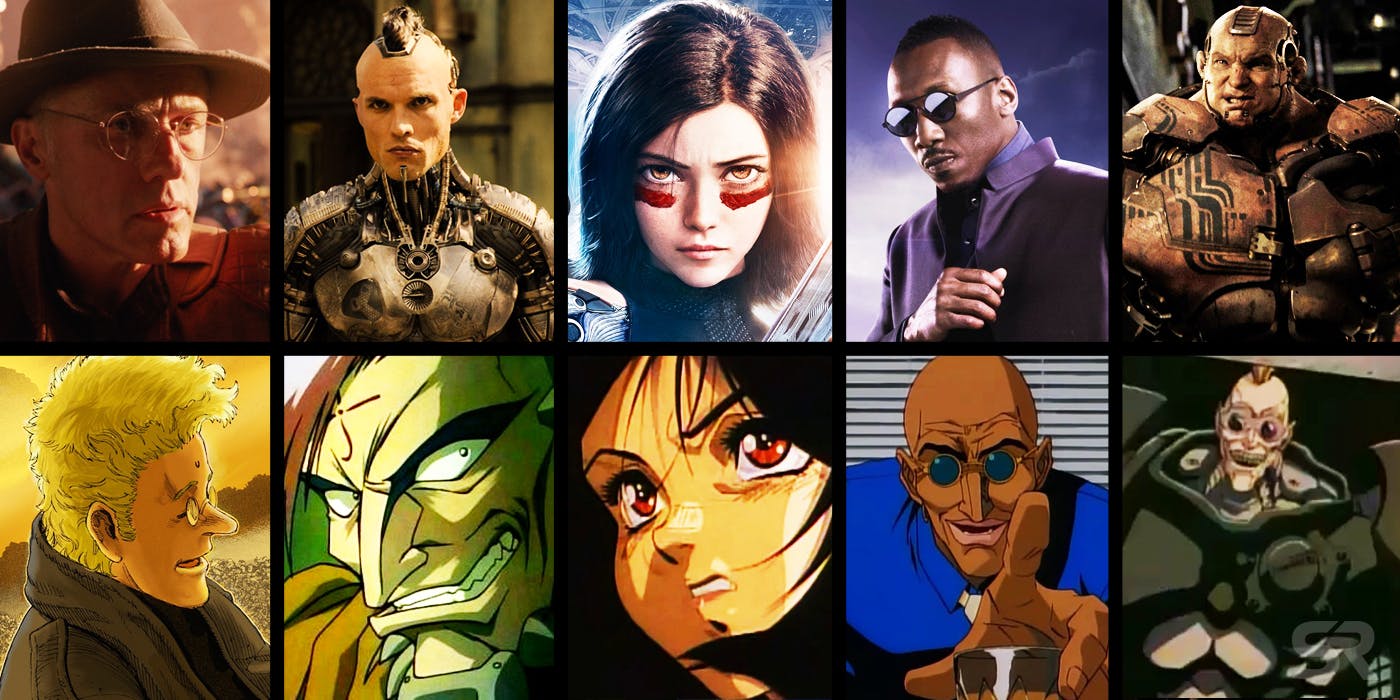 The quality of the model design as well as the animation is on par with that of the Transformers moviefranchise. Unlike the Ttransformers Franchise, I never found myself asking, what fuck is going on? Every minute of CG action blended with live action sets was spectacular. They really took the term Every Frame A Painting to a whole new level in Alita. It is Gorgeous. The score and the sounds of the city make you feel like you are in the same world. It all comes together beautiful and you feel for the characters, maybe a little too much if you’re a long time fan.

Should you go see this movie? Fuck yes. I don’t know what you are doing still reading this. You should have gone to see it after reading the first part. It’s fun, fast paced, and phenomenal. it has more charm than the OVA. It’s also more direct than the manga. It’s a strong contender for movie of the year for me. And the year is just getting started. I can’t wait to see what else it brings. If you have not seen the OVA, you really should. Watch the movie first, then the OVA so you could see how well they adapted it.The movie deserves to be doing a lot better in the box office than it currently is. I truly hope you all enjoy the article and go out and watch the movie. I got to see Battle Angel Alita Courtesy of AMC Movie Theaters and their Stubs Program which allows you to watch any movie for five dollars on Tuesdays. 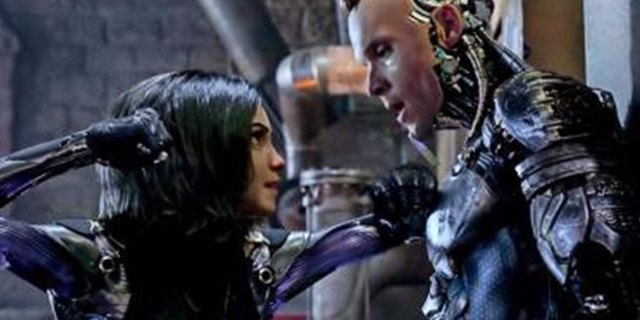 There is so much more I could have gotten into while writing this review, but it would all enter spoiler territory. I may do a secondary article called The Tech of Battle Angel: Alita, because the movie has some really cool stuff that is actually real and usable today. Let me know what you think in the comments. 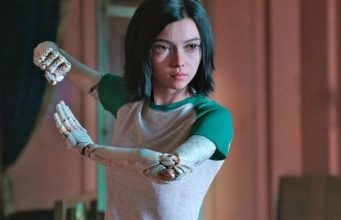 Bastard!! (1992-93) A "Classic Rock" Anime Recollection
2009's 'Avatar' is James Cameron’s Worst Movie – and It Ruined Him
Japanese Manga is Skyrocketing Past All Mainstream US Comics
Watch: Disney Reveals Teaser for Cameron's 'Avatar: The Way of Water'
‘Avatar 2’ Gets Its Title, Along With a 3D Teaser Trailer
Spy Kids Reimagining in the Works at Netflix with Robert Rodriguez
Silver Linings: 'Red Sonja' Film Loses Director and Lead; Fans Cheer