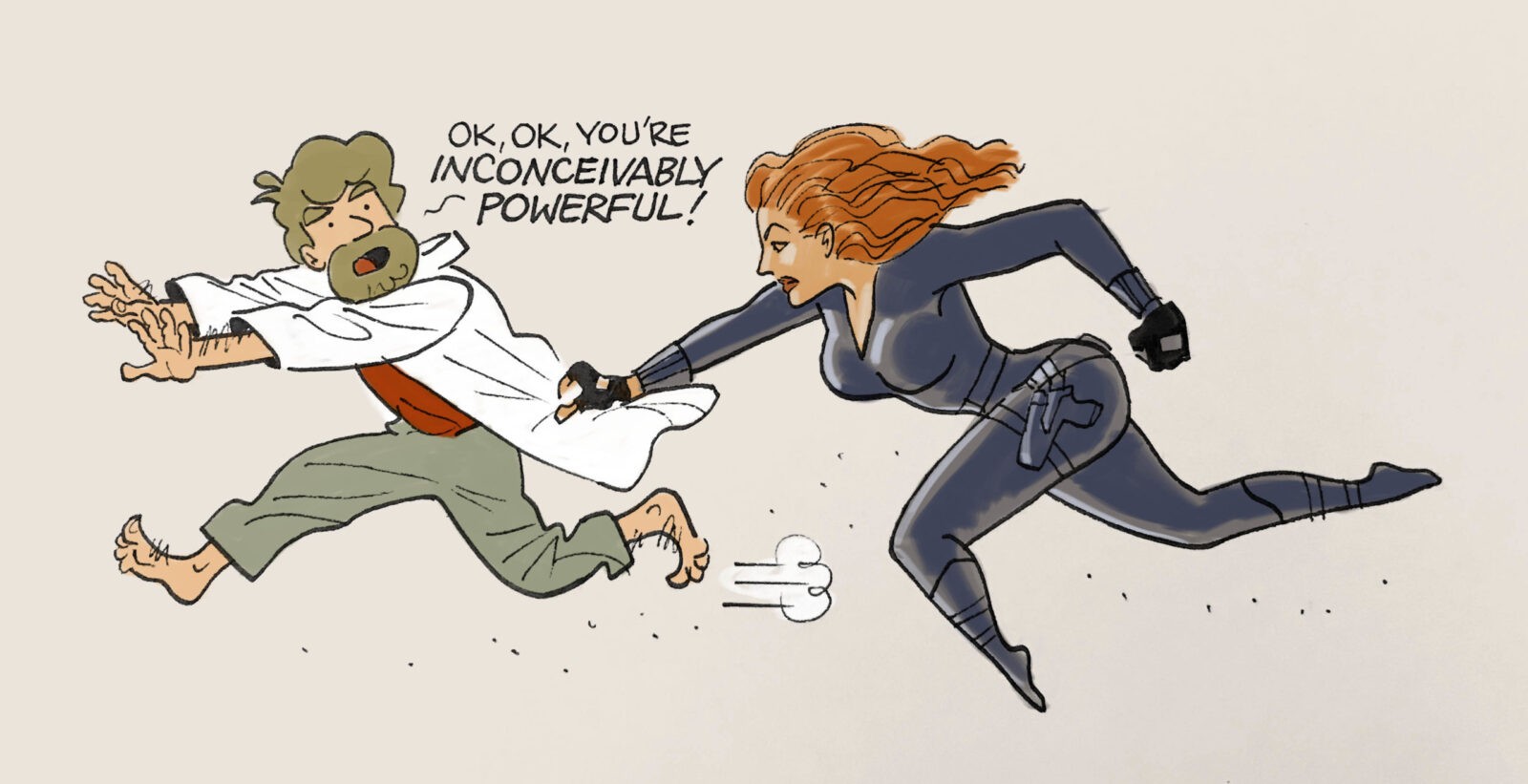 The primary villain in Iron Man 2 is Anton Vanko (Mickey Rourke), also known as Whiplash. He is introduced in a tiny, dark, and filthy room with his dying father. In contrast, Stark glitters with high tech gleam. Fireworks announce his arrival, dancing girls, and a hard rock score designed to instil patriotism. Stark is the uber-capitalist, Vanko is the downtrodden masses. The filmmakers, however, do not portray Vanko as a victim of Stark or of capitalism. He lives in poverty because he lives in a poverty-stricken region of the world (due to Socialism, but this isn’t mentioned). Vanko blames Stark for stealing his father’s work and converting it into a fortune but it is clear this is a paranoid conspiracy theory, not the truth. This is unlike the first Iron Man, where Stark shouldn’t have accepted blame for actions carried out by terrorists, but did. Stark establishes his alpha male credentials in an appearance before busy-body senators who want him to surrender the Iron Man armor to the government. Stark stands up for himself, ridicules the chief inquisitor, Senator Stern (Garry Shandling), and embarrasses his competitor, Justin Hammer (Sam Rockwell). After establishing that he will not give up his armor, that all competition around the world is laughable, and that government is too big to be trusted, Stark turns and leaves. This is all consistent with a conservative view of big government: it becomes increasingly dangerous the bigger it gets because it is simultaneously less accountable and more ravenous for resources and power.

We start seeing liberalism creep into this movie with the appearance of Pepper Potts. She is no longer Stark’s loyal personal assistant who will, “do whatever Mr. Stark asks me to do.” Now she is Stark’s equal. He sold his modern art collection, so she berates him. She curated it and considers it partly hers as well. For his part, Stark “[doesn’t] care about the liberal agenda anymore”, meaning modern art and society parties. Potts then complains about a cartoony drawing of Iron Man that Stark wants to hang on the wall. It is too low brow for a man of his distinction. She then complains that the company is in disarray. None of this bossy and demanding behavior is consistent with how her character was written in the first film.

To quell her anxiety, Stark makes Potts president of Stark Industries. After this scene, every woman in the film is more powerful than every man she shares a scene with. This is the “powerful woman” trope. Not that there aren’t powerful women in the world, but there aren’t so many that every woman will engage in behavior designed to establish dominance over every man in sight. In Iron Man 2 however, that is what happens. When the Black Widow (Scarlett Johansson) is introduced, Stark becomes a helpless puppy because of her physical allure. She knows this and uses it to take advantage of him. Potts notices also and points out that she is a “potentially very expensive sexual harassment lawsuit”. Meanwhile, Stark is told what to do by Potts so that he can transfer control of his company to her. Later, Stark is in his former office, now Potts’ office, and she is in control. He gets her strawberries, which she is allergic to. The executive toy on her desk distracts him but not her. The Black Widow enters, and the two women either disparage or ignore Stark, then leave the room as if he isn’t worthy of their interest. 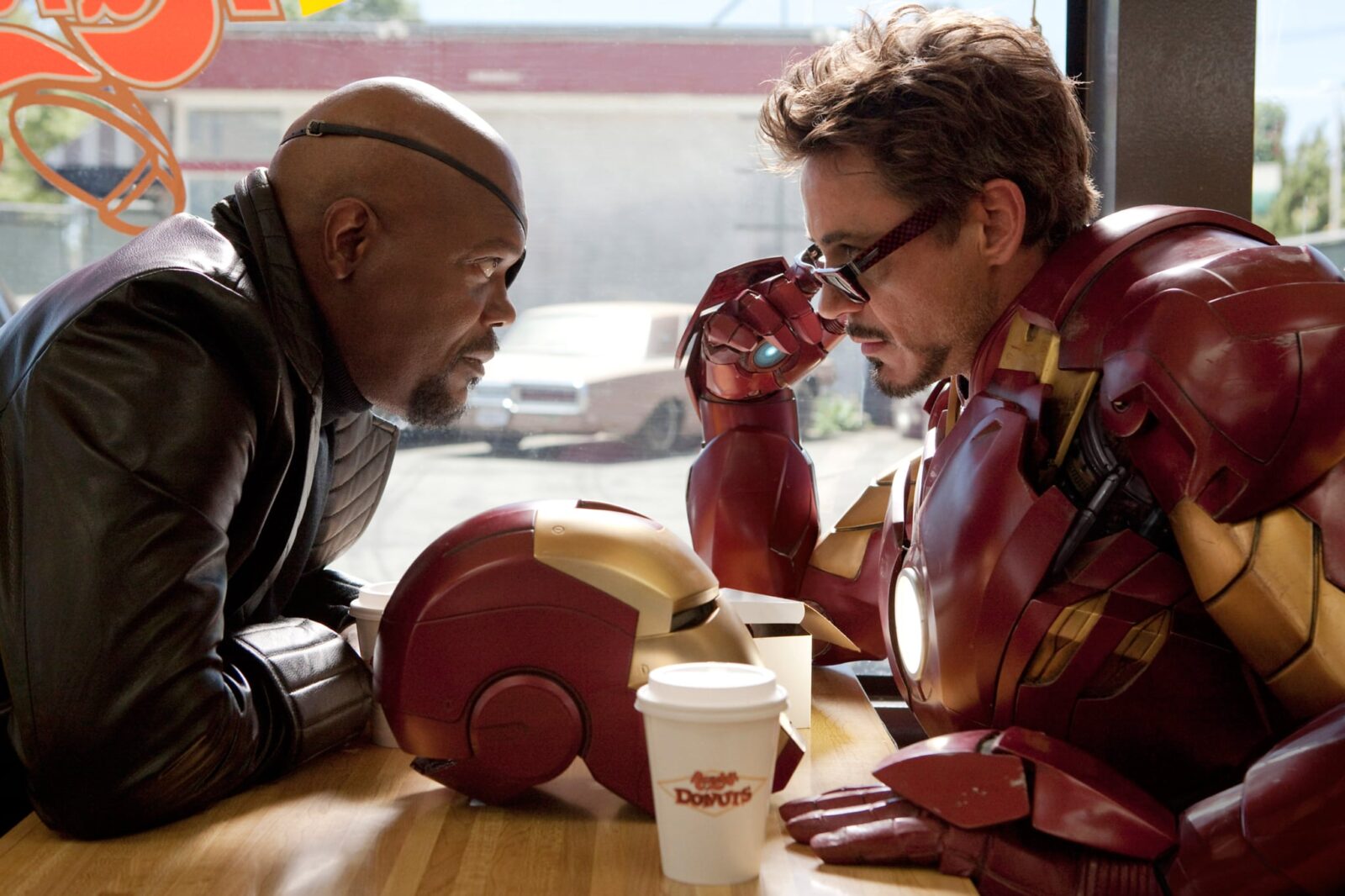 I was shocked to see a black Nick Fury (Samuel Jackson) in the end credits sequence of Iron Man. I had only seen him as a Caucasian character in the comics, making it look like an affirmative action hire. However, I did a little research on this and discovered that in the “Ultimate Marvel” series of comic books published in 2001, a black Nick Fury appears. Not only that, but the artist based his appearance on photos of Samuel Jackson. The comic book version may have been an example of race-switching to satisfy a liberal agenda, but casting Samuel Jackson in the movie made perfect sense in that context. On top of that, he is an excellent Nick Fury.

The remainder of the story tracks conservative. The weapons manufacturer Hammer believes he can use Vanko to get money from the government. Vanko knows he is more powerful than Hammer. He first infiltrates, then co-opts Hammer’s organization right under Hammer’s nose. He uses his access to Hammer’s technology to attack Iron Man and by extension, the government. Hammer’s conceit regarding Vanko is akin to the way liberals treat black voters. Biden’s recent statement, “if you have a problem figuring out whether you’re for me or Trump, then you ain’t black” displays the same condescension and ignorance as Hammer in his dealings with Vanko.

Hammer believes he is superior to the wretched Vanko, and expects gratitude in return for the favors he grants him. Vanko takes those favors and uses them against Hammer instead. This is because Hammer doesn’t understand the nature of Vanko’s character, much like the snake in the poem President Trump frequently read at campaign speeches. A person carries the snake across a river out of altruism but is bitten and dies. “It is my nature” the snake says, as if to explain why he should never have been trusted. This part of the story is analogous to the conservative view that unscrupulous Americans have cooperated with foreign (Socialist) actors who should not be trusted. By doing so, they have allowed our government to be infiltrated and weakened. They are enriched at first but, like Hammer, their downfall is inevitable. 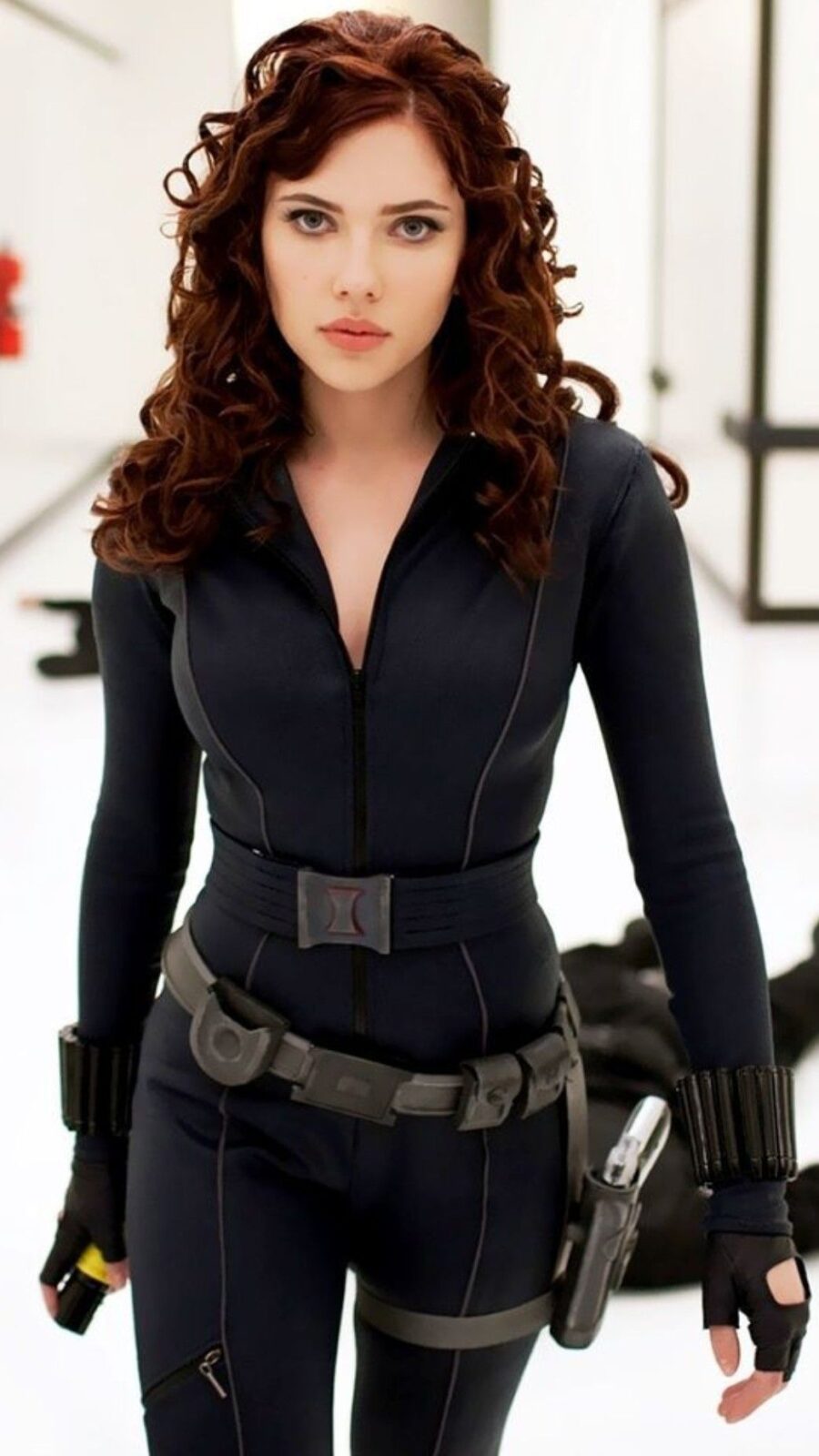 This isn’t my favorite MCU film but I liked it regardless. Like all of the MCU films, it is well-made. The race-switched Fury doesn’t bother me at all, nor can fault be attributed to the filmmakers, who are following a template created a few years earlier at Marvel. The transformation of Pepper Potts from loyal and efficient personal assistant to powerful and demanding woman did bother me. This particular trope is all too common in films and television, making it irritating. We get the message already, so please stop using every woman in every situation to emasculate every man in sight. I don’t enjoy watching men belittled constantly, particularly on the basis that they are men, while elevating every woman to perfection. This is particularly irritating in a movie that features a character like Tony Stark because it takes away from his sheer exuberant masculinity, which is one of the most appealing qualities of his personality.

The majority of this film is told from a conservative perspective. That is, the way events and characters are represented are consistent with conservative expectations. For instance, a liberal perspective would not have allowed Stark to embarrass his inquisitor, senator Stern. That would recommend a Bias Quotient (BQ) of less than 50, where 0 represents strong conservative bias and 100 is strong liberal bias. However, the powerful woman feminist trope is prominent, as is the second-hand race-switched Nick Fury. Overall, these elements balance out, leaving a BQ score of 50, meaning it is not strongly biased in either direction.