With the lockdown still happening for coronavirus here in the UK, I thought I’d binge a couple of classic sci-fi hero flicks that seemed on the surface to be very similar. Demolition Man was a  better-than-average sci-fi shoot-em-up with a satirical undercurrent, and was bolstered by strong performances by Sylvester Stallone, Wesley Snipes, and Sandra Bullock.  Mystery Men featured absurd characters and quirky gags and brought them to life through a talented cast, providing this superhero spoof with lots of laughs. 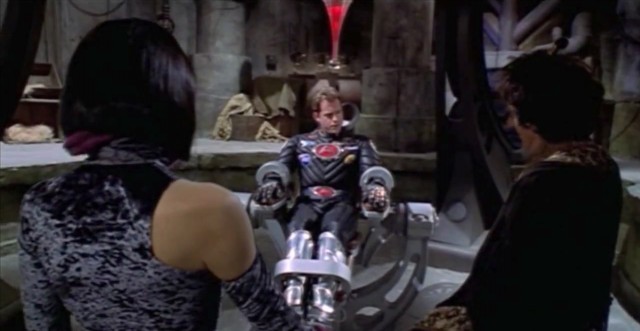 Both movies with a strong sense of visual style, both with directors who have done little in the film world since; but certainly Demolition Man and Mystery Men are worth another, or indeed a first look, if you’ve yet to see either.

The big difference between the two? Demolition Man was a sizeable hit, whilst Mystery Men was complete flop. 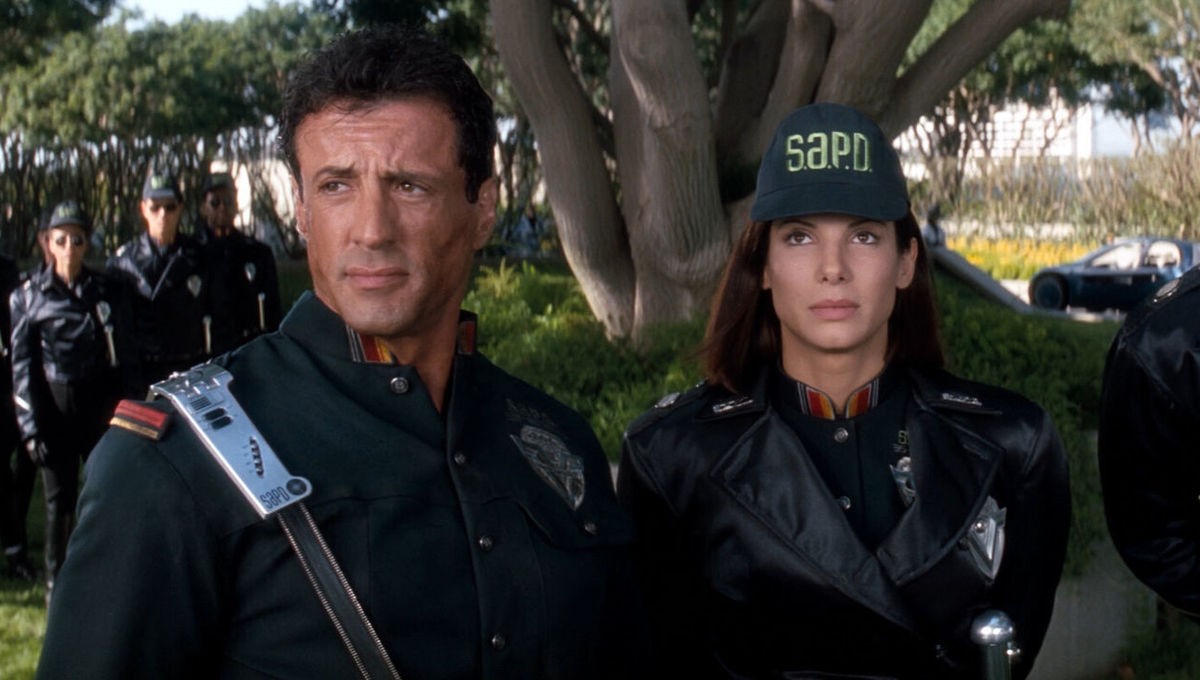 After a run of flops in the mid-to-late 1980s and early 1990s (including Rocky V, Stop! Or My Mom Will Shoot! & Oscar) Sly Stallone was in dire need of a hit. In 1993 he came back as a box office star with Cliffhanger…and Demolition Man.

The movie concerns maverick cop John Spartan (Stallone), who was frozen in 1996 as punishment for a crime he didn’t commit, then thawed in 2032 (12 years to go) to confront his also defrosted nemesis, the psychotic Simon Phoenix (Wesley Snipes).

The world has changed.

After the Franchise Wars (with only Taco Bell left standing) and the 2010 Great Earthquake, West Coast society has become a benevolent PC dictatorship (no swearing etc) under one Doctor Raymond Cocteau, played by UK thespian Nigel Hawthorne (Yes Minister/Prime Minister).

Demolition Man - All the Swearing and Getting Fined Parts (UPDATED!)

Hawthorne reputedly took the role to gain in order gain a US profile which would secure him the leading role in the movie version of The Madness of King George (1994) which he had played to great acclaim on the British stage. He didn’t seem to mind slumming it in Demolition Man, as he’s rather good in the role. 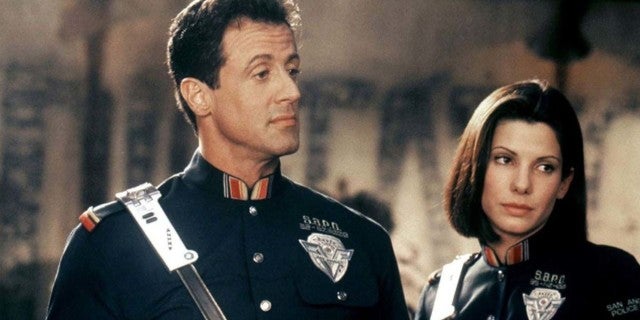 Dennis Leary as a freedom fighter seems to regurgitating his sub Bill Hicks stage act and is the weakest cast member. But Snipes is great fun as the bad guy, and Sandra Bullock is seriously cute as Stallone’s new partner Lieutenant Lenina Huxley.

The satire works pretty well, and director Marco Brambilla’s visuals are ahead of their time, especially when compared to Stallone’s similarly-themed crap-fest Judge Dredd two years later. The blue-ish colour palette is a lot less 90s than it could have been, which means that it still looks good 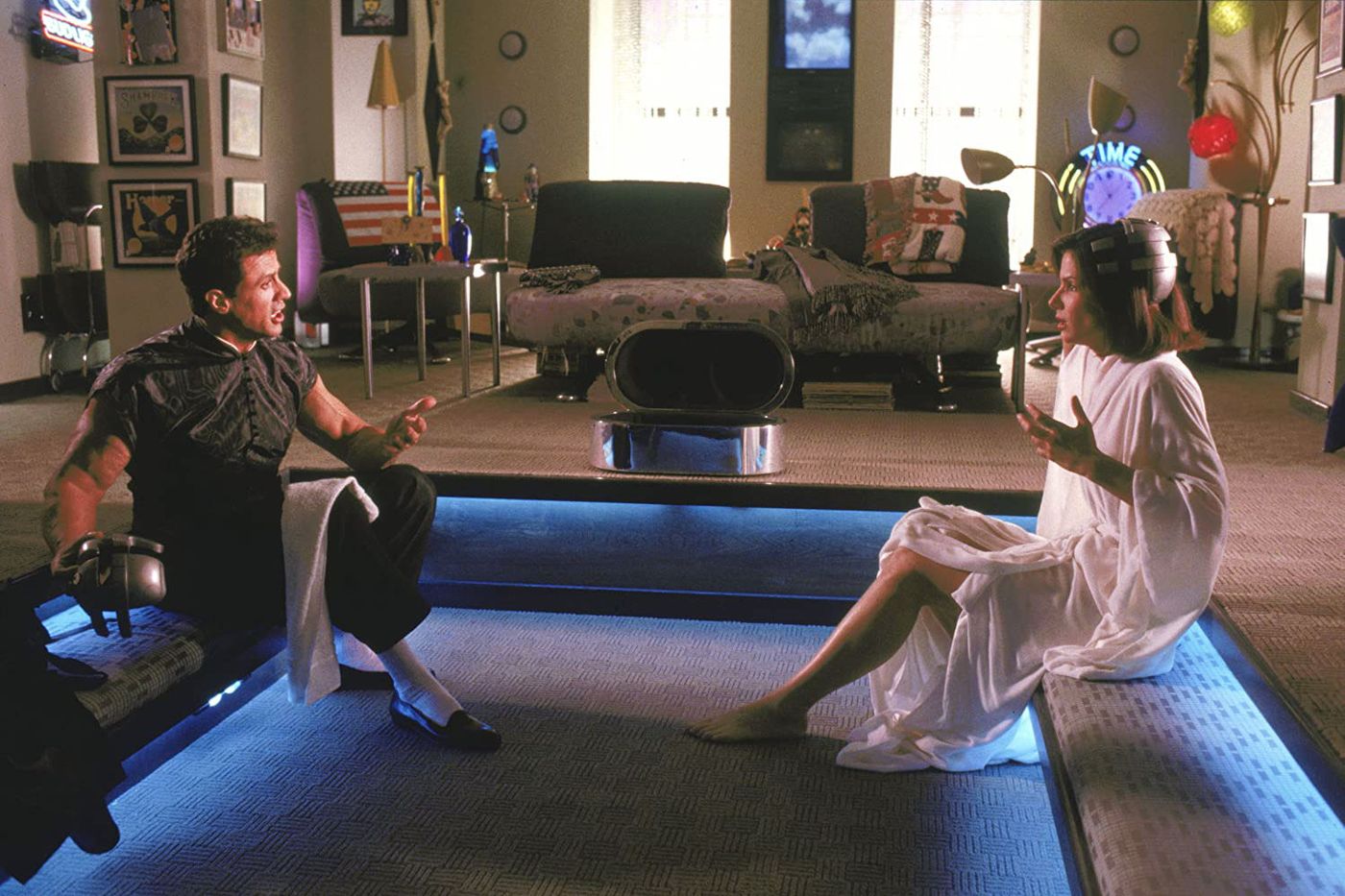 A shame that after the dud Excess Baggage (1997) that Brambilla went back to the arts world as a video collage artist. Whatever that is.

On May 4, 2020, Stallone had confirmed in an Instagram Q&A, that a sequel to Demolition Man is currently in development 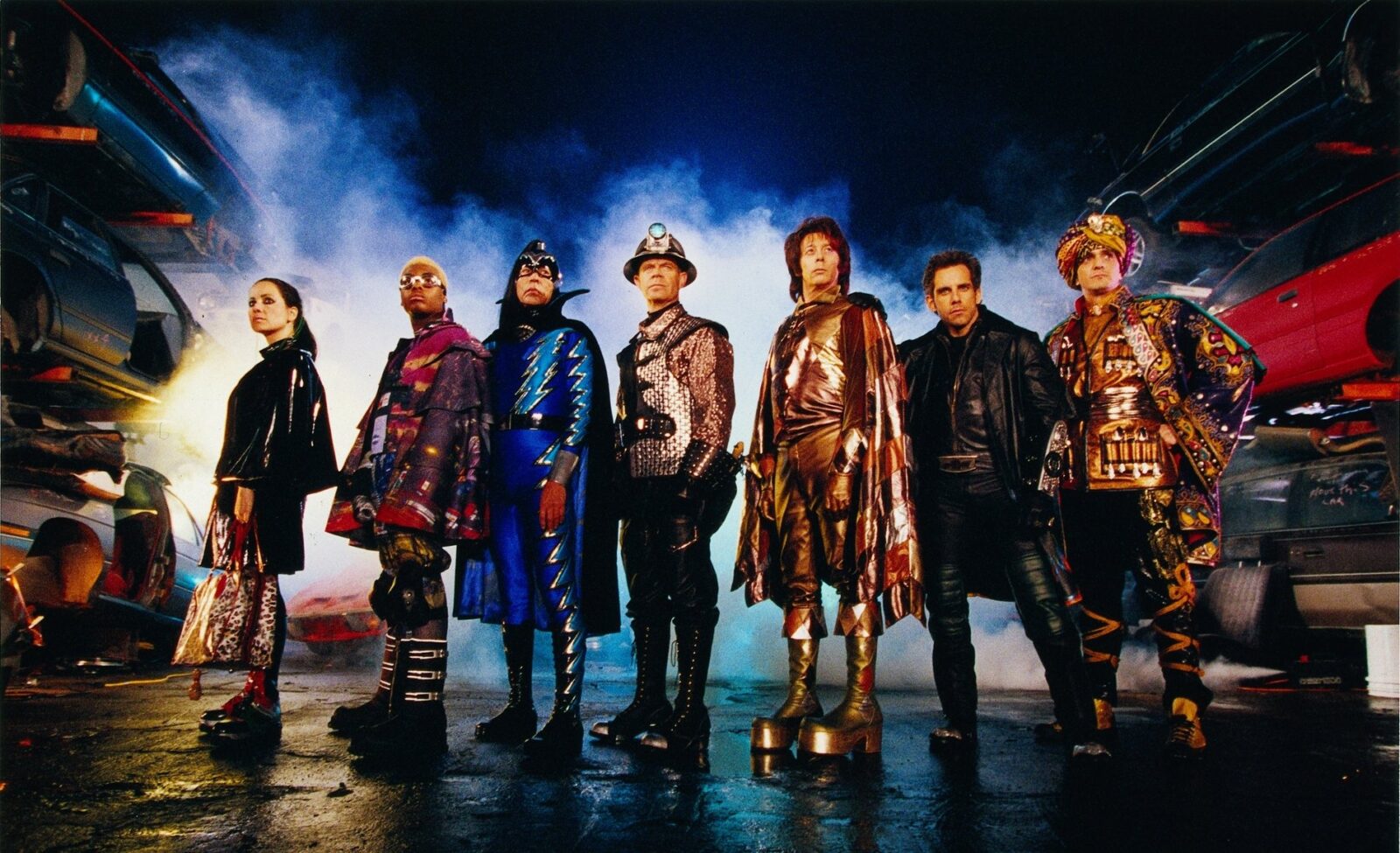 Commercials director Kinka Usher’s only picture to date, Mystery Men is a bit of a curate’s egg.

Loosely based on Bob Burden’s Flaming Carrot Comics, the movie is a spoof of the superhero genre, with a group of useless costumed would-be adventurers forced into combating evil in Champion City after they inadvertently kill the city’s leading good guy, the sponsor-emblazoned Captain Amazing (Greg Kinnear).

There are some great turns in the picture, particularly Hank Azaria as the English-accented fork-flinger The Blue Raja and Wes Studi as the antimetabole-spouting team trainer The Sphinx:

On the distaff side, the effects and the look of the film are very much of the time, and there’s a Rocky Horror Show style vibe in some of the action – witness Geoffrey Rush as criminal genius Casanova Frankenstein, prancing around like Dr. Frank-N-Furter.

So, Mystery Men is a hit and miss affair, but one still well worth checking out, it’s charming, more gags work than not, and a great cast really enter into the spirit of the piece. 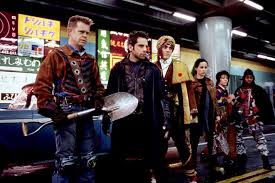