NacelleCast, the people behind Netflix’s The Movies That Made Us, The Toys That Made Us, and Down To Earth with Zac Efron, as well as Disney+’s Behind The Attraction announced that actress, director and choreographer, Gates McFadden, will debut her new podcast InvestiGates: Who Do You Think You Are? through Nacelle’s podcast network on May 12th. The company recently opened NacelleCast Studios, a state-of-the-art podcast studio next to their production offices in Burbank, which serves as the main podcast studio for all NacelleCast productions. 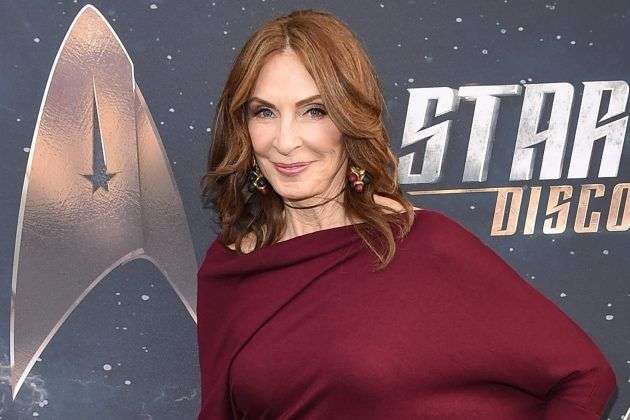 Gates McFadden InvestiGates: Who Do You Think You Are? is a limited podcast series where Gates invites some of her best friends such as Jonathan Frakes, LeVar Burton, Will Wheaton, Brent Spiner, Marina Sirtis, Michael Dorn, John Delancie, Robert Picardo, Michael Westmore, Nana Visitor, Denise Crosby and more to have one on one, intimate conversations unlike any Star Trek fan has ever seen or heard before. Whether you’re the biggest Trekkie, or a casual watcher, this podcast offers never before heard stories from some of the people who made Star Trek one of the most successful franchises in history.

For conservatives and President Trump supporters, there may still be a bit of hesitation to checking out this podcast. At least seven of the announced guests above, or roughly two-thirds plus the host herself, launched an anti-Donald Trump group called “Trek Against Trump” in the run-up to the 2016 election. Some Trek fans feel alienated by such public politicization and think that this is around the time when the Star Trek franchise began to die. J.J. Abrams, director of the three most recent Star Trek films, was also on that list. 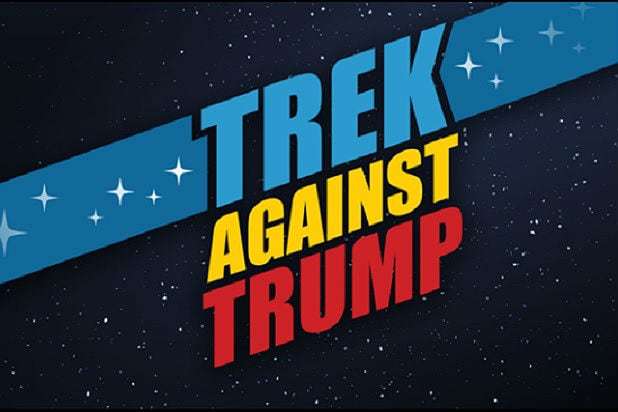 “Never has there been a presidential candidate who stands in such complete opposition to the ideals of the Star Trek universe as Donald Trump,” the group said in a statement on its Facebook page. “His election would take this country backward, perhaps disastrously. We need to elect a president who will move this country forward into the kind of future we all dream of: where personal differences are understood and accepted, where science overrules superstition, where people work together instead of against each other,” the statement goes on to discount the impact of third-party candidate

Gates McFadden is an actress and choreographer best known for her portrayal of Dr. Beverly Crusher on Star Trek: The Next Generation and a handful of films.

“I can’t say I know the ins and outs of podcasting, although I am learning, but I do know how to be funny and silly, serious and truthful, and ultimately, how to have lively conversations with my extraordinary group of close friends from the Star Trek series. An no, we don’t dissect the episodes, we speak about our lives,” said Gates McFadden.

“We’re deeply honored to be releasing Gates’ first podcast! I’ve been a Trekkie for over 35 years, and I’ve learned more from these shows than the last 100 conventions I’ve gone to combined!” said Brian Volk-Weiss, Founder and CEO of The Nacelle Company.

The podcast will be available on starting May 12th.