“Woke” Olympics are Bombing and the Advertisers Are Getting Mad 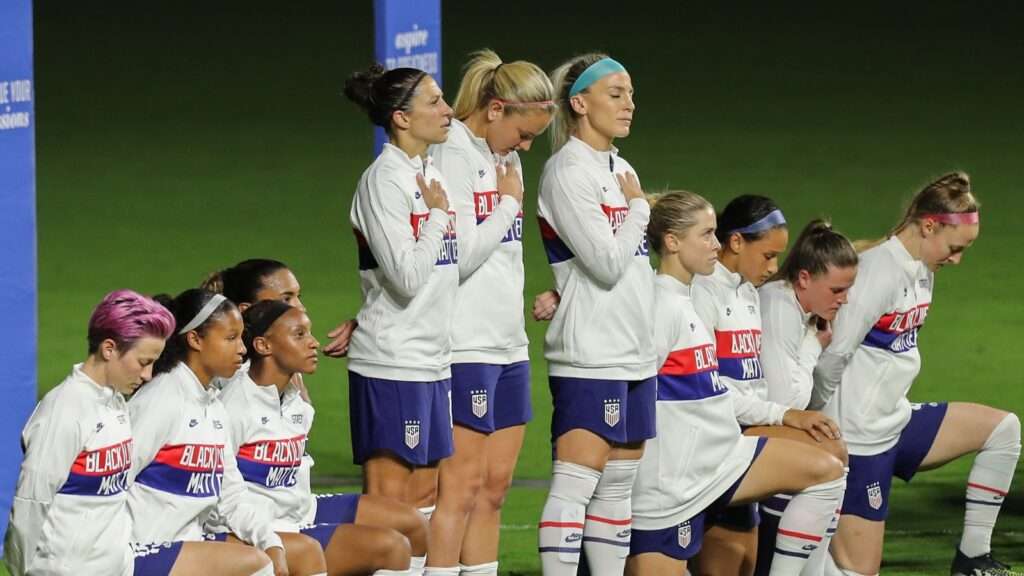 NBC’s primetime coverage of the Tokyo Olympic Games “have continued to plummet downward,” dropping over 50% from the network’s coverage of the 2016 Rio Games. Overall, Olympic viewership is down roughly 40% across the whole NBC family of networks sharing broadcast duties. Now analysts believe that the “get woke, go broke” is now officially in effect, and the decline is so large that the network is now dealing with “advertiser anxiety,” assuaging corporate anxieties that the millions spent on advertisements and sponsorships during Olympic coverage were not worthwhile.

The USWNT's 44-game unbeaten run comes to a crashing end in their opening game of #Tokyo2020 pic.twitter.com/8r4kqPhCGN

Monday’s primetime NBC broadcast “lost 53% of viewers from coverage of the first weeknight primetime during the 2012 London Olympics, with drops even greater among the advertiser-coveted group of adults aged 18-49.” NBC had anticipated for a rebound in ratings following the Olympic Opening Ceremony, which experienced a 33% dip in viewership from 2016. Regrettably, a turnaround has not occurred. Instead, the network is “averaging 14.7 million viewers” in primetime, a “49% decrease compared to the corresponding night from the 2016 Rio de Janeiro games.”

According to Variety, NBC counted on major stars like gymnast Simone Biles to help spur nightly ratings, but she pulled out of the women’s team event on Tuesday, citing mental issues, leaving very little in NBC’s primetime lineup to draw viewers. Now advertising partners are getting mad.

“Traditional TV viewing for the Summer Games has declined noticeably, and, a decision by popular gymnast Simone Biles to take herself out of the team competition early Tuesday has spurred advertiser anxiety, according to executives familiar with negotiations between NBC and sponsors,” Variety reported Wednesday. One media buying executive told the outlet that the lackluster ratings are “clearly are not what NBC, our agency or our clients were looking for,” and advertisers are demanding “make goods,” or free advertising elsewhere to make up for the lost audience.

After the women’s soccer team embarrassingly took a knee during the national anthem in protest of racial inequality in their Olympic opener against Sweden, which they lost, the women’s basketball team strategically announced that they had no plans to promote social justice during their competition appearances. That didn’t stop them from doing here at home all year.

“We’re not just basketball players. We’re so much more than that.”

Ariel Atkins with a powerful statement on the unified decision to not play tonight. #BlackLivesMatter pic.twitter.com/Eg96KMqsFh

How many times have Americans told these activist athletes and sports teams that they do not want social justice and politics intertwined with their games? They’ve been yelling about it for years, and ratings have plummeted — just ask the NFL or the NBA. These self-centered, arrogant athletes and club owners still ignore what the actual fans want and continue to force their PC nonsense down our throats. And when it backfires, as it usually does, they blame COVID or offer up some other weak explanation.

Athletes that are spoiled, arrogant, haughty, and anti-American activists? I’m not sure why more people aren’t watching.

Hypocrisy: Disney's ‘Pride Collection’ Merch Made in Anti-LGBTQ China
It's the Woke, Stupid: Why Netflix Lost $60 Billion in a Single Day
How “Woke” is The Batman? Some Fans Want Bat-fleck to Return
Diversity Devours Hollywood: It's No Longer About the Money
NBC Greenlights Quantum Leap Sequel; Will it Be Sufficiently "Woke"?
Gary Sinese Hosts Star Studded Christmas Event for Families of Fallen Military
How Virtue Signals are Monetized: Wall Street & Govt Subsidizes "Wokeness"