Three weeks ago, classic singer songwriter Van Morrison released the 28-track double album entitled Latest Record Project Volume 1 as a Rorschach Test that had been cleverly disguised as an album. Critics who once ranked him alongside Leonard Cohen and Bob Dylan are now comparing him to Fergie.

“You will notice that I have not posted links to these songs,” declares the author of “Goodbye, Van Morrison” on  ReligionNews.com after mentioning a half-dozen Van Morrison songs.  According to the Los Angeles Times, Morrison’s Latest Record Project Volume 1 is “conspiratorially cranky.”  And The Guardian refers to it as “tinfoil millinery.”  Perhaps most shockingly, the Forward calls the album “anti-Semitic” even though it never once references Jews in any way.

The Forward accuses an album of being anti-Semitic because it mindreads-misreads an unstated antecedent to a pronoun and closes its banishment edict/record review with the words “you are hereby and forthwith canceled.”

In “They Own the Media,” Morrison predicted such a reaction — critics bizarrely supporting or opposing music as they do policies. “They tell us that ignorance is bliss/ I guess for those that control the media it is/ They own the media, they control the stories we are told/ If you ever try to go against them, you will be ignored,” he sings.

Oh, they’re referring to them? Yes, and perhaps Morrison’s band Them referred to them.

When journalists brag about not linking to his songs and calling for his cancellation after it happened, the song dismissed as conspiracy theory sounds more prophetic. Of course, it doesn’t take Nostradamus to foresee a beloved who sings in “Blue Funk” to “stop listening to the mainstream media junk.” Nostrildingus can just as easily predict that fate. 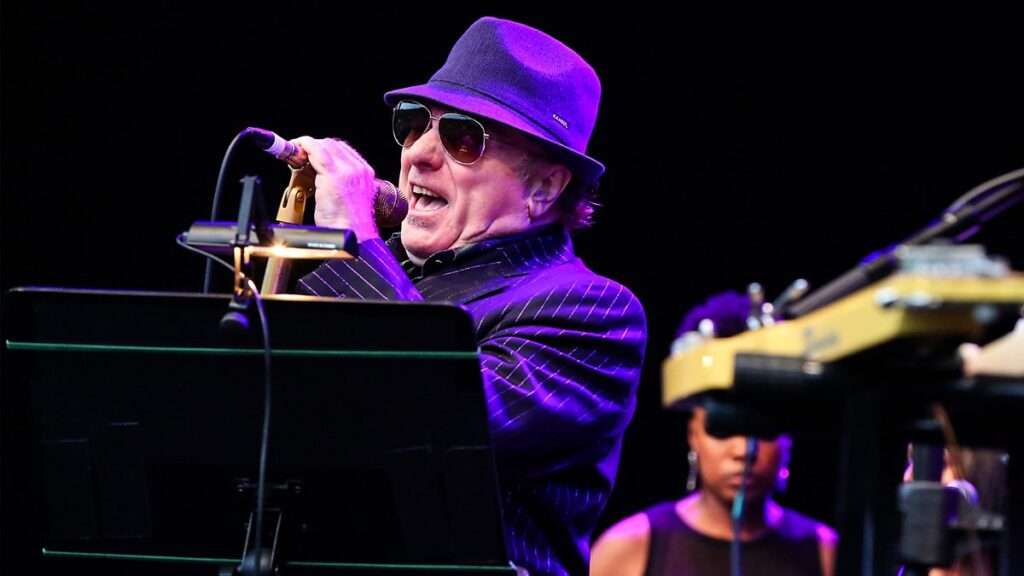 Morrison, radicalized, or at least forced out of the conservative closet, by the lockdowns that put performers in the poorhouse, venues in the red, and himself without an audience, released a series of anti-lockdown songs, including “As I Walked Out,” last fall in an effort to raise money for musicians, but instead raised the ire of the woke “Amen” chorus of the state. This Triple LP finds room for none of those standalone tracks in accommodating a wider palate of messages.

“Western Man” (“Western Man has no plan/ ’Cause he became complacent”), “Where Have All the Rebels Gone?” (“It’s not very rock and roll/ Where have all the rebels gone?”), and the Nigel Farage–namedropping “Double Bind” (“Have to police everyone’s mind/ Nowadays you have to be careful of everything you say”) leave no ambiguity about where Morrison stands politically in relation to his detractors. In many ways he is like Morrissey, John Lydon, Kanye West, Roger Daltrey, Dave Chappelle, J. K. Rowling, John Cleese, and any other artist who dares, à la all great artists, nonconformism, Van Morrison is finding his creative works derided as horrible by woke journalists who follow the crowd.

Van Morrison - Why Are You On Facebook? (Official Audio)

Unlike his haters, Morrison exudes a sense of humor. “Why are you on Facebook?” he asks in a standout song by that name. “Why do you need those secondhand friends?/ Why do you care who is trending?/ … Get a life that isn’t empty and sad.”

Is he talking about music reviewers?