Dr. Jordan Peterson, the internationally-acclaimed author of the massive best-selling book “12 Rules for Life: An Antidote for Chaos,” slammed woke activist Ta-Nehisi Coates after it was revealed that in a Captain America comic Coates penned, the arch-nemesis of Captain America, the Red Skull, who is a Nazi, espoused “Ten Rules for Life” and articulated sentiments quite similar to Peterson’s own philosophy.

After Dr. Peterson commented online that The Atlantic, where Coates had worked as a national correspondent, had contributed to the rise of a culture where a conservative openly stating his/her opinions could get them fired. He wrote, “Would it be picayune to point out just how much the once-admirable Atlantic Magazine has helped develop this insanely bullying and self-righteous culture?”

Peterson was then informed that Coates had mocked him in the latest Captain America comic by using the “Ten Rules for Life” image, prompting him to reply, “What the hell?”

It was soon made apparent that Coates’ Captain America nemesis Red Skull tells young men “What they’ve always longed to hear. That they are secretly great. That the whole world is against them. That if they’re truly men, they’ll fight back. And bingo —that’s what they’ll live for. That’s what they’ll die for.”

That’s when his followers shared the following pages from the latest comic book issue of Captain America in Marvel Comics, making it clear that the two incidents described came from the same issue, Captain America (2018) #28. 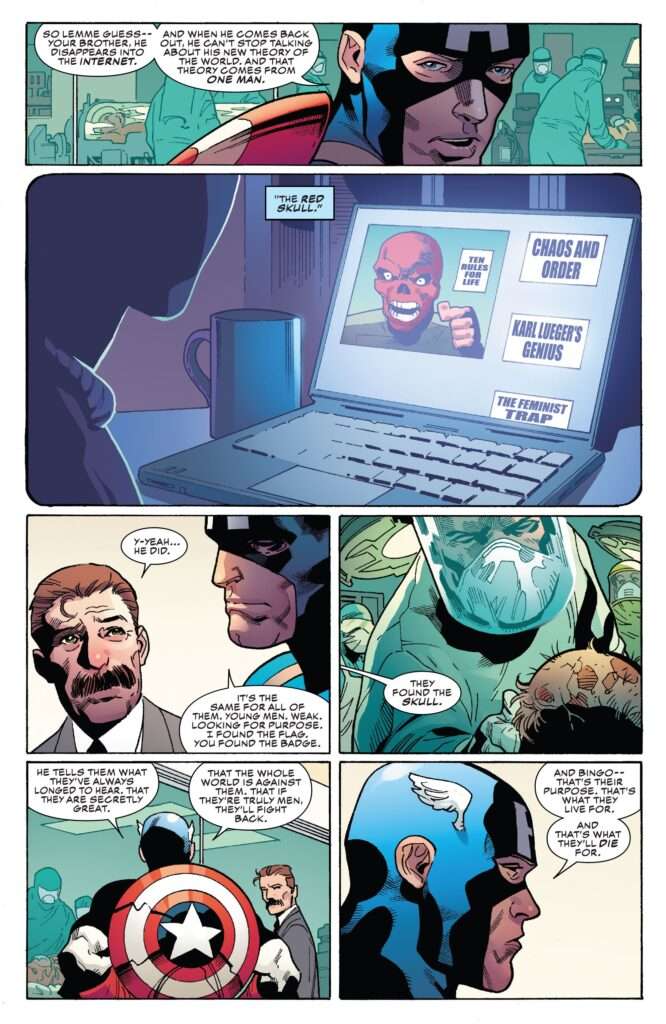 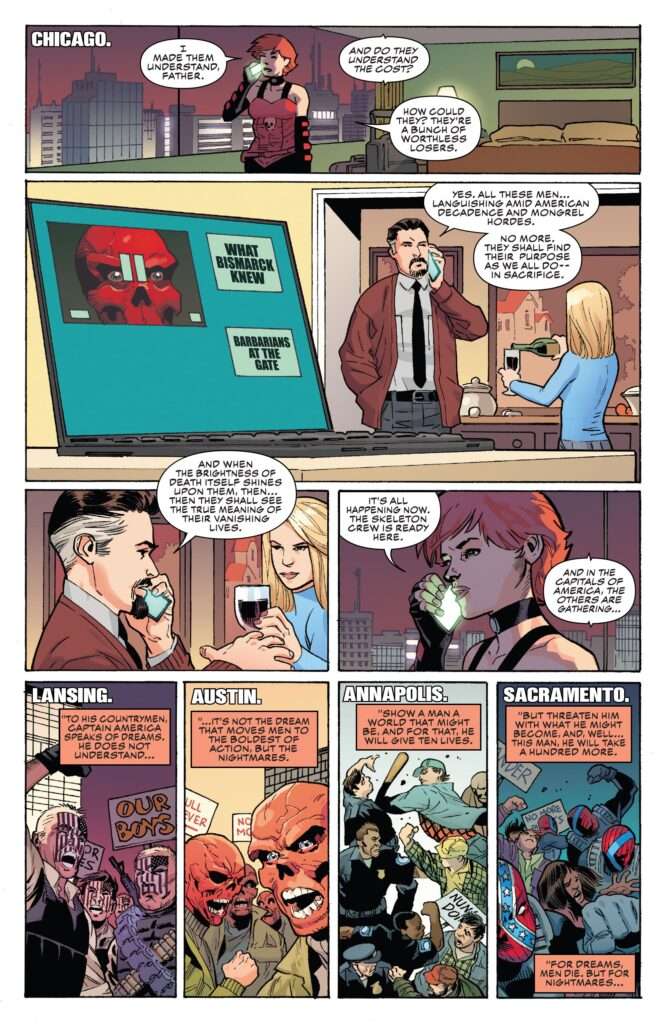 Do I really live in a universe where Ta-Nehisi Coates has written a Captain America comic featuring a parody of my ideas as part of the philosophy of the arch villain Red Skull? https://t.co/waFsAvWlfd

Our buddy Captain Frugal then noted how well these wokescolds are doing with the comic reading audience.

SPOILER ALERT: Not so well.

Well it is not working out well for them.
Marvel needs to work on character and stories rather than agenda. With Captain America’s popularity there is no excuse for the poor sales. pic.twitter.com/6F1LFe1Fiq

In our upside-down world, Captain America goes around telling Americans that their country is irredeemably racist and that systemic discrimination is necessary to rectify past injustices.

The Marvel Universe, which Captain America is a part of, has become increasingly ‘Woke’ in recent times with politics invading increasingly more entertainment spaces in the U.S. It is not the only one which has become overly politicised with the Star Wars franchise and others traversing a similar trajectory. No doubt Marvel’s editor in chief C.B. Cebulski either agrees with Coates’ anti-white philosophy, or is simply far too weak or compromised to enact any sort of retribution for this, or to even issue any sort of apology. He’s had 24 hours and no statement has been made.

And why would he? Cebulski ignored it when Nick Spencer did essentially the same thing with Red Skull over three years ago. And again, Marvel did nothing. Spencer is now writing Spider-Man. And Coates has repeatedly used his version of Captain America to promote his personal politics already. And Marvel has done nothing. Next up, Ta-Nehisi Coates is writing the new Superman movie for Warner Bros. and DC where the protagonist is going to, of course, be black. Coates has turned out to be little more than a partisan race-hustler, and it’s a sad shame that comic book media seem to be sold on his brand of identity politics.

Stop giving money to people, and corporations, who hate you.