Why Hulu Should’ve Killed the ‘Y: The Last Man’ Series in the Womb 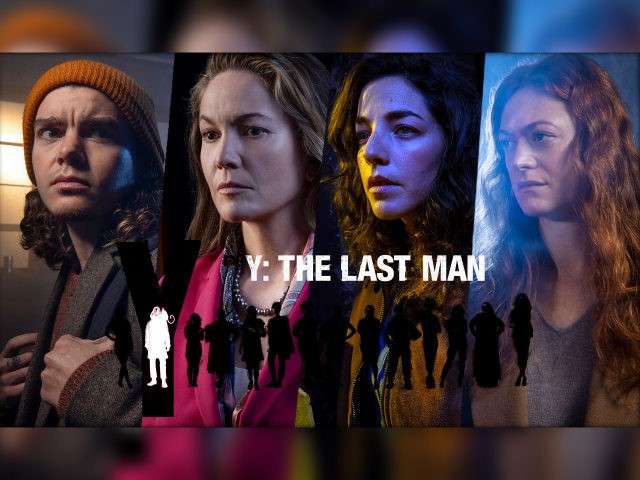 It took 14 years to bring Brian K. Vaughan’s beloved Y: The Last Man to the screen. And now that the show is finally airing — after a major recasting, a showrunner change and even a move to a new platform — FX on Hulu has abruptly canceled the drama, after airing only seven of its planned 10 episodes. It’s not like we didn’t warn you.

FX, the basic cable network overseen by CEO John Landgraf, rarely cancels its scripted content and instead tends to announce final seasons for its originals. It’s also incredibly rare for the network, which became part of the Disney fold a few years ago, to lower the ax on shows that are still running as its creator-friendly execs opt instead to wait to gather data for things like delayed viewing and digital returns. But that oddly wasn’t what transpired with Y: The Last Man, which won’t wrap its freshman season until Nov. 1.

The series showrunner, Eliza Clark, jumped to social media to tell fans that, while disappointed, the creators intend to look for a new network to air a second season. “We have learned that we will not be moving forward with FX on Hulu Season 2 of Y: THE LAST MAN. I have never in my life been more committed to a story, and there is so much more left to tell,” Clark wrote. 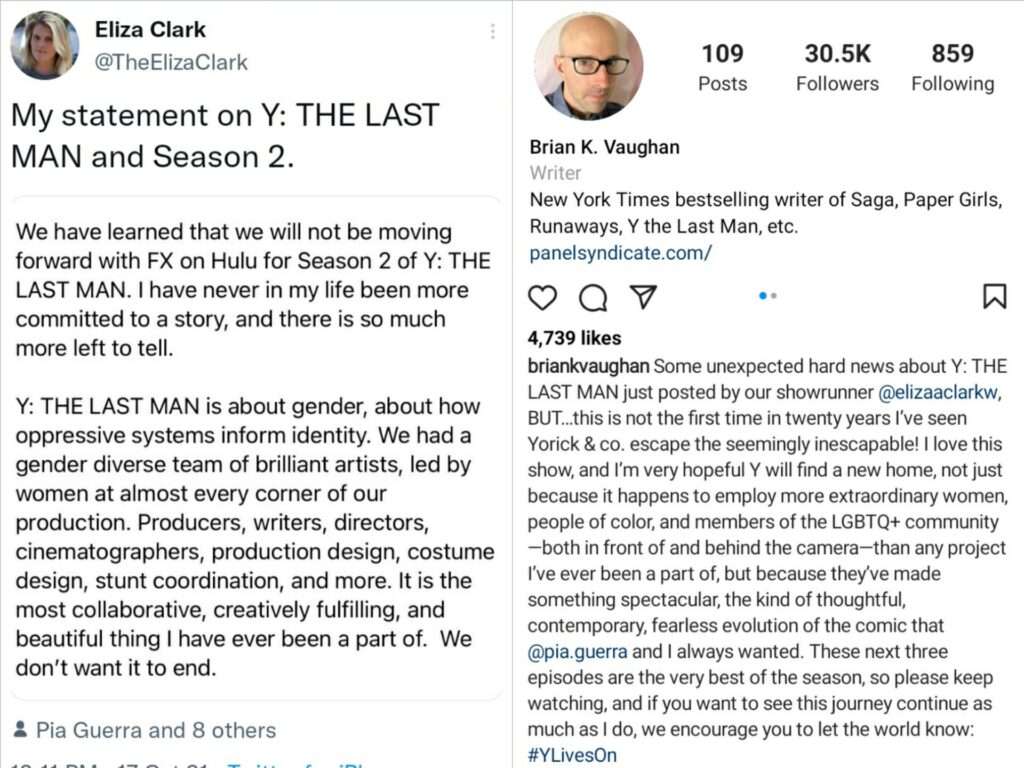 THR reports that execs at FX had to make a decision on the future of the series by Oct. 15, which was the date that options on the cast of Y:TLM expired. FX, which landed rights to the IP in 2015, picked the drama up to pilot in April 2018 and, three months later, cast Barry Keoghan and Diane Lane in leading roles. FX ordered Y to series in February 2019.

Production, however, failed to begin right away as FX in April 2019 parted ways with original showrunners Michael Green (who was hired in late 2016) and Jessica Jones alum Aida Croal (who joined during the pilot). Croal and Green cited creative differences as the reason for their departure at the time. Green’s pitch, Vaughan raved to THR in late 2017, explored “toxic masculinity”. Eliza Clark (Animal Kingdom, The Killing) was tapped as showrunner in June 2019 as FX hoped to get the series back on track.

Instead, further delays followed as word came in February 2020 that Dunkirk breakout Keoghan — who was poised to star as last man on earth Yorick — was being recast. Ben Schnetzer (Warcraft, Pride) was tapped to lead the cast by the end of that same month. Days later, the COVID-19 pandemic would create another, albeit unplanned, delay during which Y was moved from a linear launch on FX to its hub on Disney-owned Hulu as streaming took centerstage across the industry.

Ultimately, FX brass declined to pay $3 million to further extend options on the Y cast as execs did not want to leave the cast in limbo. The cancellation decision was, per THR sources, not based on viewership figures as Hulu, like other streamers, does not release traditional ratings data. That means FX had little to no data on which to evaluate the series, including how it performed in its entirety over a certain timeframe, etc.

All they had to go on was the show itself, and how unabashedly “woke” it was and you didn’t even need to watch the show for that, as @Dataracer117 has shown, nearly everyone involved with the production was “Woke AF”. 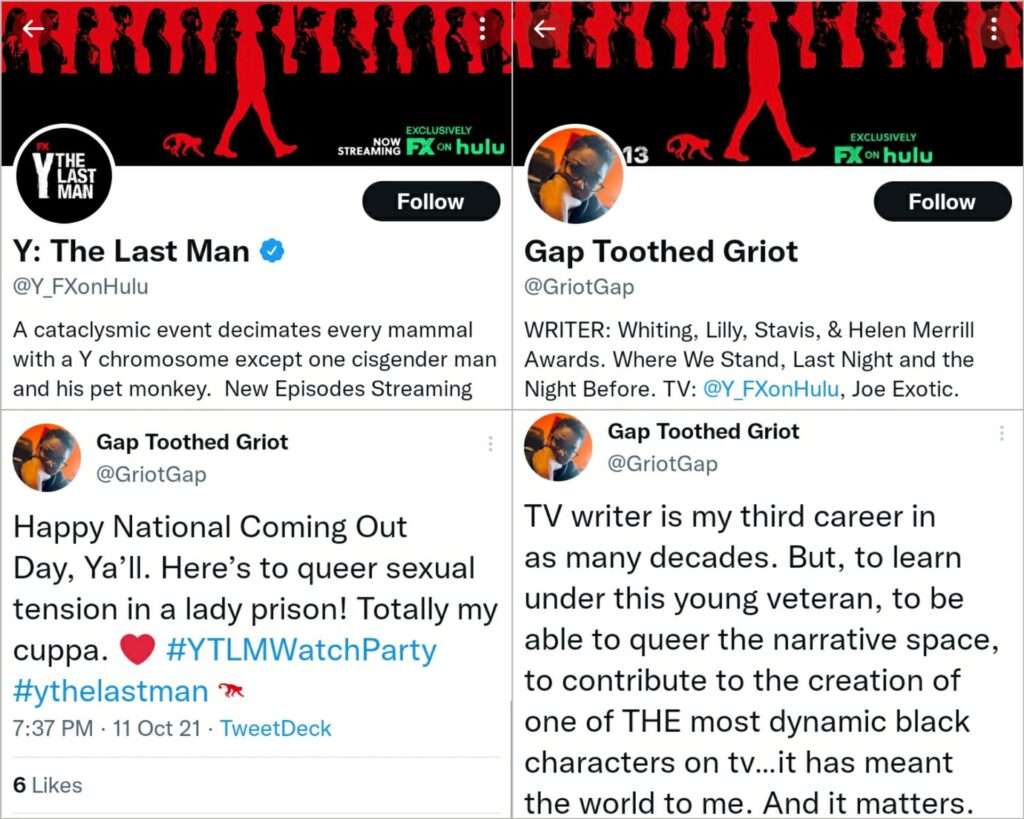 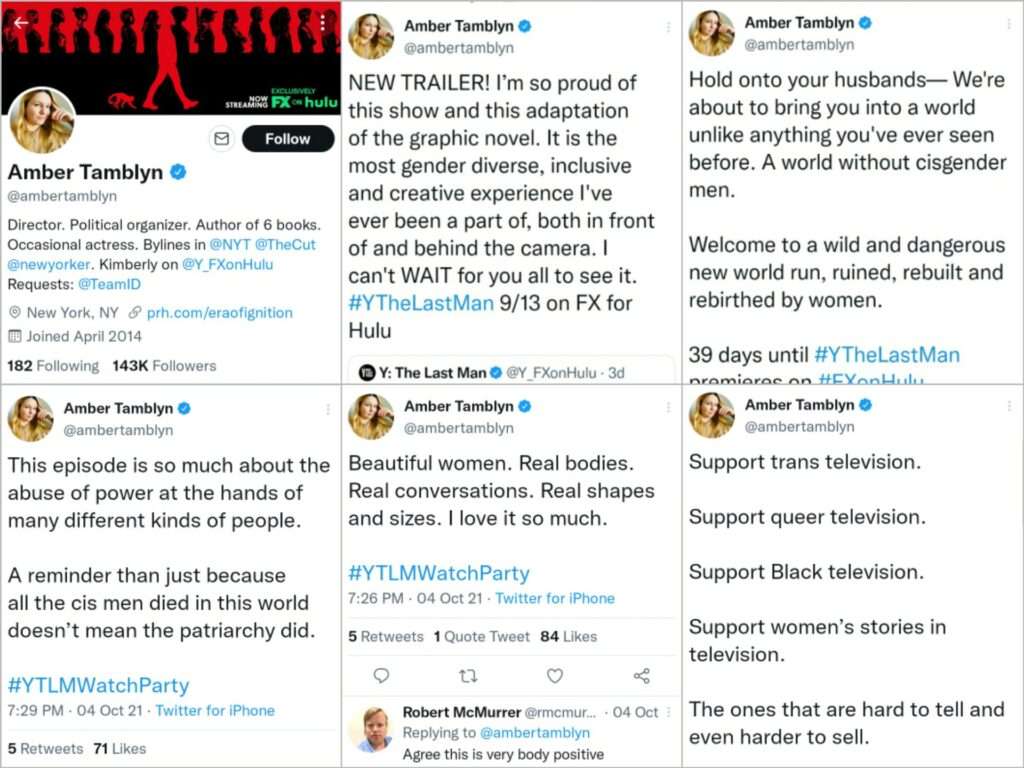 The original Image Comics series killed off every guy who claimed to be a transgender woman, and Clark and her team battled as hard as they could to find a way to appease the invested transgender activists who were outraged that the show was going to be killing trans “women” too while biological women lived and thrived. Many trans supporters wrote multiple tweets just before the show’s premiere this year, criticizing the source material for not treating transgender issues the way they want them to be addressed. As a result, the show got off to a shaky start, even among its intended audience. 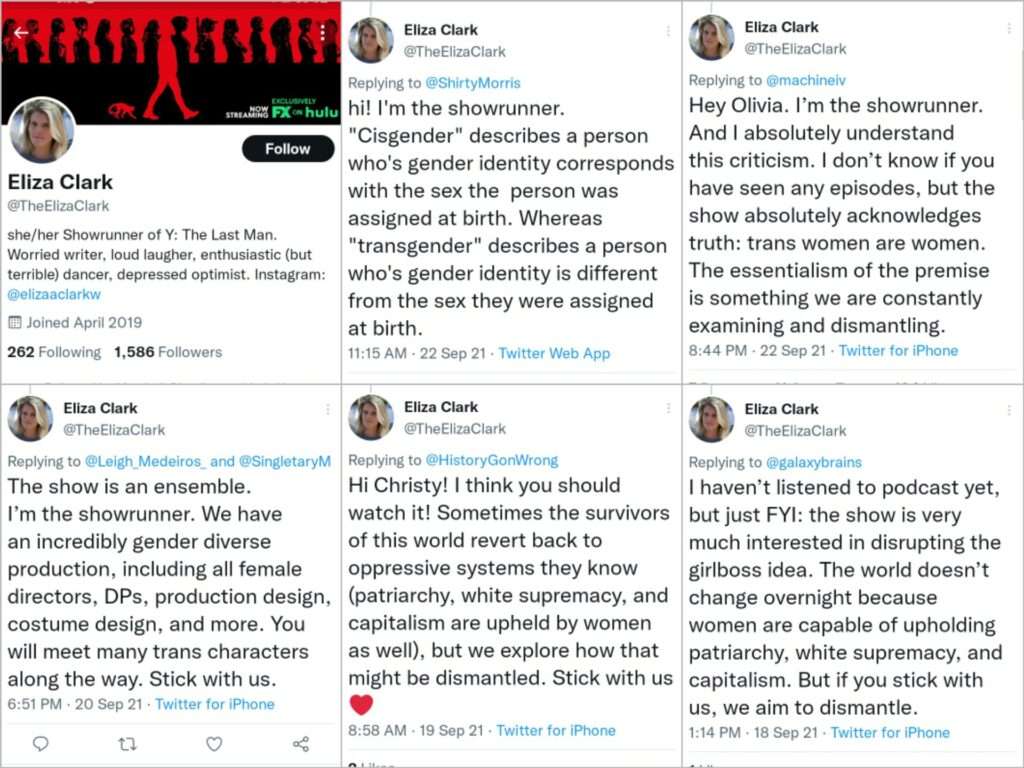 There’s no word yet on what more Disney-owned FX will do or if the show will be sold elsewhere. For now, the show is cancelled until further notice. If you were a fan of the comics, and you bothered to watch this, then you already know that this production dropped the fun irreverence of the original comics and instead decided to take a decidedly more somber approach. In other words, the tv show sucked the life out of the source material.