Why are So Many Left Wing Comics Starting to Sound “Red Pilled”? 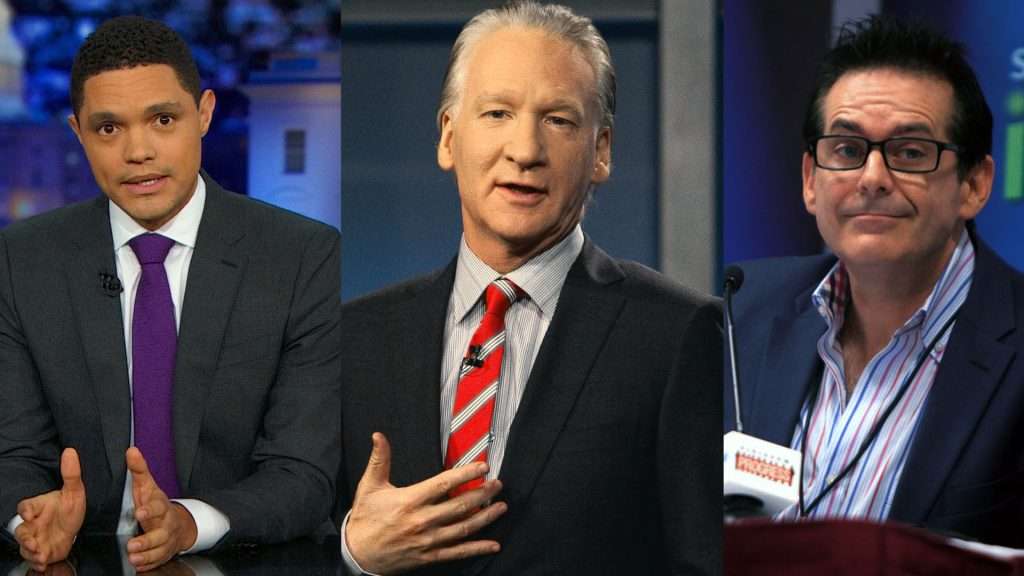 More left wing political commentators are beginning to surprise me lately. Despite a regular output of left-wing thought, and presenting the image as staunch liberals, both Bill Maher and Trevor Noah have been doing something very few on the left are ready to do for a long time: unmercifully criticizing Democrats, particularly Joe Biden.

While many on the left have made comments about Maher demonstrating a lack of loyalty, it hasn’t stopped him from criticizing them. In fact he said as recently as last September that the left is genuinely embarrassing him.

During a recent episode of his “Real Time” show last Friday, Maher said he believes there is a “kernel of truth” within Florida’s Parental Rights in Education bill, which the left has tried to rebrand as the “Don’t Say Gay” bill. Maher said he believes, like most parents and conservative voters, that Kindergarten through third grade students “shouldn’t be thinking about sex at all,” but lamented that there seems to be a mentality among the left that it is their duty to protect the “student from the parents” via the school system.

Maher said, “I think it’s only — they’re talking about kindergarten through 3rd grade. So, we’re talking about very young kids, who, as always with this stuff, there’s — not like there’s no kernel of truth in that maybe kids that young shouldn’t be thinking about sex at all. … It’s not like you’re not allowed to literally not [sic] say gay. But they just don’t want teachers talking about it and they think it’s the province of parents.”

Author, Duke Professor, and New York Times Contributing Opinion Writer Frank Bruni responded, “I mean, that sounds reasonable on the face of it. I mean, I’m not — my main concern, as a gay man who advocates for gay rights, is not that second graders know who Harvey Milk is. That is not the key to LGBTQ equality. But, I mean, I also question, I mean, does this really need to be at the top of these politicians’ lists? … This is not going to improve Floridians’ lives. This is not an urgent problem. This is a dodge. It’s another culture war that’s meant to score cheap, easy points rather than really solving Americans’ problems.”

Maher agreed with Bruni’s assessment that the bill doesn’t need to be a top priority, and said it’s a “wedge issue.”

Bruni reiterated his point that the bill isn’t addressing any major issues by stating that it “reeks to me of something that happened on a few occasions and has been blown into something.”

Then Maher shifted to equating this to keeping CRT out of schools too, which he feels is also a dubious curriculum that should be questioned by parents.

Maher responded, “I don’t know about that. Same thing with the race — with the CRT thing. I feel like it’s disingenuous when the liberals say…we just want to teach history. … It’s not like you can’t mention slavery. They’re talking about something else that is going on. … I don’t know what is going on with the gender as much.”

Maher then read from a CNN article on the bill and concerns that it “could lead to some students being outed to their parents” and said, “That phrase struck me as odd, like, outed to parents, like, shouldn’t parents know everything anyway?”

Regarding CRT, Maher criticized how teachers are making kids “hyper-aware of race in a way they wouldn’t otherwise be,” and rejected the recent trend of singing the “black national anthem” at sporting events. “I think when you go down a road where you’re having two different national anthems, colleges sometimes now have different graduation ceremonies for black and white, separate dorms … This is what I mean: Segregation! You’ve inverted the idea. We’re going back to that under a different name.” 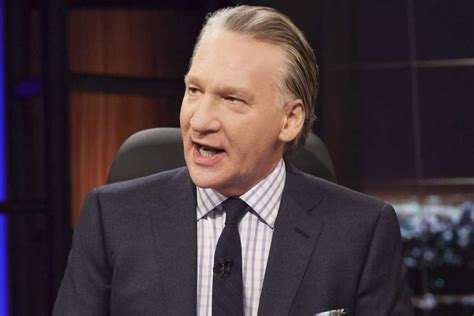 Maher was willing to pose a question that many on the left refuse to entertain, pointing out the fact that Republicans blame the war on Biden, but Democrats are trying to blame it on Trump. But Maher asks, “If Putin thought Trump was really that supportive of him, why didn’t he invade while Trump was in office? It’s at least worth asking that question, if you’re not locked into one intransigent thought.”

Trevor Noah, the award winning comedian and host of The Daily Show on Comedy Central, has also been pushing back on the left’s narratives. He recently mocked the NY law on vaccines that prevent Kyrie Irvin from playing basketball, but allow him to be an unmasked attendee to the games.

It’s really interesting to see Trevor Noah make a turn for the based. I hope he keeps it up. pic.twitter.com/QgA7Kf332M

“So Kyrie can go inside, not wear a mask, even hug a teammate, but he cannot play. I don’t get it. Why? Does the ball have a weak immune system? What’s going on? I mean it’s crazy, just think about it, just think about it: Kyrie can’t play, but he can sit in the stands, right, like a fan. And, then, as a fan, what happens if he gets picked to take the half-court shot to win the car? Can he do that? What are those rules, how does it work?”

And on the global situation with Russia and oil prices, even though Joe Biden administration officials at the White House recently refuted a Wall Street Journal claim that Saudi and UAE authorities refused to take the president’s phone calls, Noah told his Daily Show audience that even if the reports were false, “This would have never happened to Donald Trump. Never” (video queued to 5:57)

The 45th president kept international leaders “on their toes.” “Apparently, Saudi Arabia won’t even pick up the phone for the president of the United States,” Noah said, reacting to a Wall Street Journal report noting that Biden has tried — and failed — to get ahold of the leaders of Saudi Arabia and the UAE while he looks to import oil from other countries. “You can say what you want, but this would have never happened to Donald Trump. Never,” he added. “No one was ever ignoring Donald Trump’s calls,” because “if you ignored Donald Trump’s calls, you didn’t know how he would respond. Maybe he’d send an angry tweet, or maybe he’d just, like, ban your country from everything.”

Now, without a doubt, neither Trevor Noah or Bill Maher has any love for Donald Trump, but they both seem to be willing to acknowledge what the left generally has refused to: Putin didn’t invade another country while Trump was in office, and other global leaders respected Trump far more than Joe Biden. 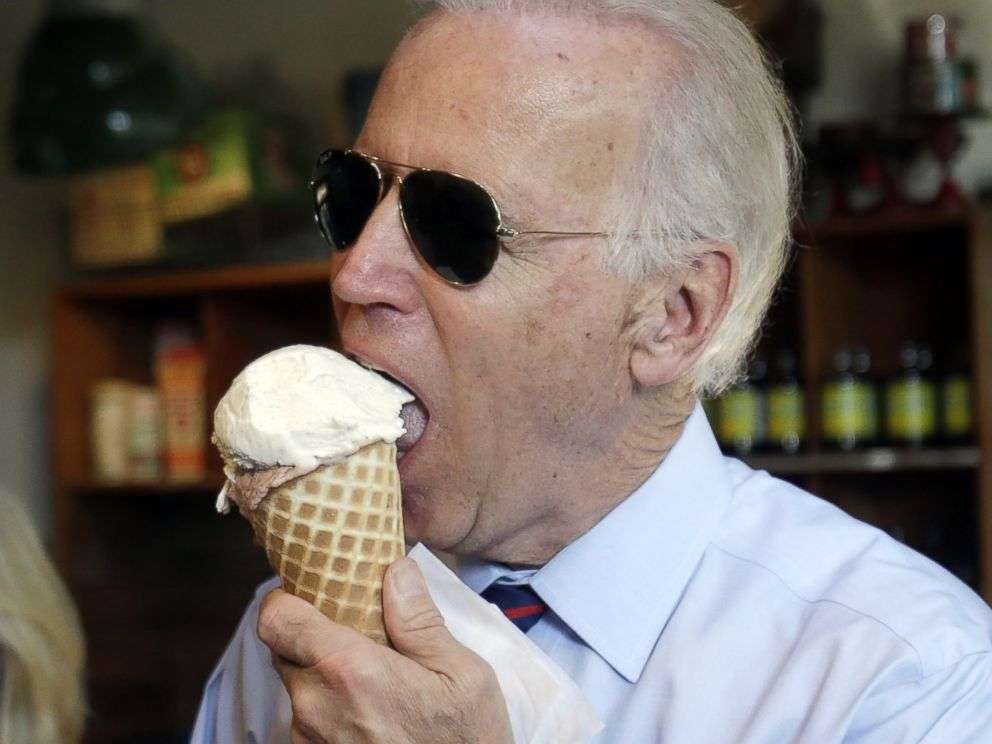 Now, without a doubt, neither Trevor Noah or Bill Maher has any love for Donald Trump, but they both seem to be willing to acknowledge what the left generally has refused to: Putin didn’t invade another country while Trump was in office, and other global leaders respected Trump far more than Joe Biden. While it may be hard to imagine these guys being a voice of reason among the left, that’s precisely where we are, but it’s less about them being red-pilled or ‘based,’ and more about how radical and socialist the modern left has become.

George Carlin was based before based was a thing. And most of the audience just laughed as if he were kidding. pic.twitter.com/g6dsjdg9OB

Other left wing comics like the legendary George Carlin are far more in line with today’s conservative thought than most progressive thinkers. And even liberal icon Jimmy Dore, another stand-up comedian and political commentator who hosts The Jimmy Dore Show on YouTube, proves every day that he is not at all in lockstep with the left’s conventional thought. In fact, Dore spends ample time criticizing the radical elements in his own party.

MSNBC War propaganda is in full gear, they’re actually PRAISING HITLER to get you to support the war with Russia. But Joe Rogan, amirite? https://t.co/zeUJ20SxJv

Actor and comedian Russell Brand is another liberal who has been branded “right-wing” for believing in free speech and freedom of association.

Maybe there is still hope for America after all.