ABC’s ‘The View’ Scolds Lebron James for Not Pushing Vaccines 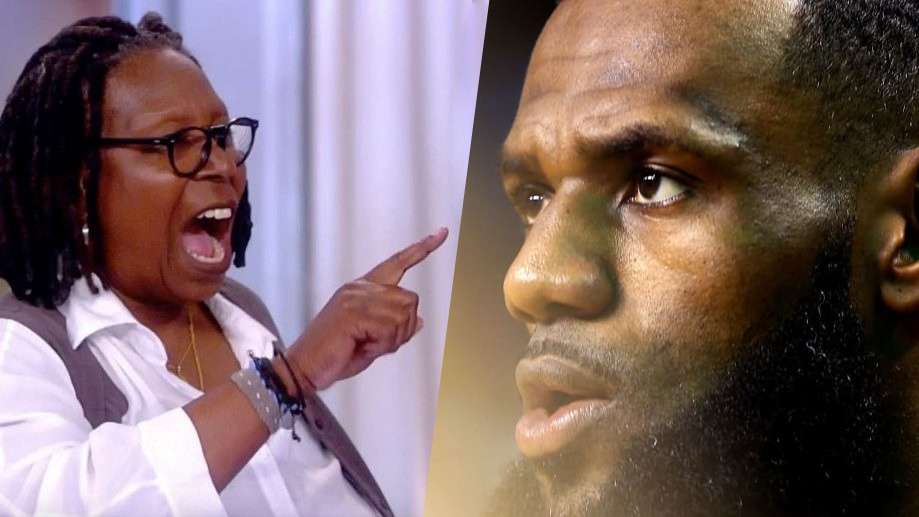 Thursday, on “The View” on ABC, Whoopi Goldberg shared with her co-hosts that she feels like professional basketball star LeBron James not only could promote vaccine against COVID, but that it is his duty to do so, otherwise she warns that it will “come back and bite you in the behind when you want to talk about issues.”

In a recent interview, the NBA athlete remarked, “Everyone has their own choice to do what they feel is right for themselves and their family and things of that nature. I know that I was very skeptical about it all, but after doing my research and things of that nature, I felt like it was best suited for not only for me but for my family and for my friends. But as far as speaking for everybody and their individuality and things they want to do, I don’t feel that is my job.”

Lakers’ LeBron James, who confirmed that he is vaccinated, explains his hands-off approach to vaccine advocacy: “That’s not my job.” pic.twitter.com/QNOG4wzGvr

To which Goldberg responded, “Well, it’s kind of funny because if it’s not your job, that means that some of those folks that would be coming to see you play aren’t going to come see you play because they’re not going to get in. It’s not your job to tell people what to do, but you can suggest that you figured out that nobody grew a second head or a tail when they got the shot.”

Goldberg further added, “People pay to see you and tune in to see you. You have a responsibility to those people who made you to share what you know and to try to get them to do the right thing. I’m sorry, I wish we had private lives, we don’t. We are public people with a lot of privileges, and that’s the responsibility that comes along with it.” She continued with the warning, “Just know that people are going to come back and say, ‘Well, why are you talking now?’ This is really important, LeBron, whether you decide to talk about why you and your family got vaccinated. It’s important for you as an American citizen, for me as an American citizen, for all of us to do our part here?” 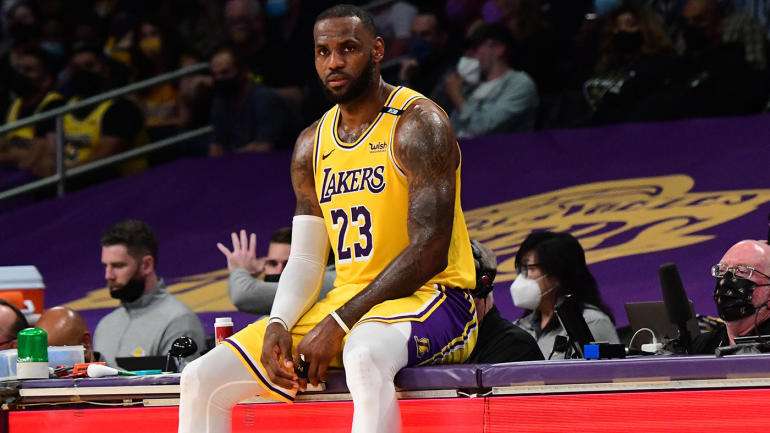 She then pleaded, “You got to help us out here, do what you can, and as you have in the past because this is as important as anything else we’re going to be talking about in the ten years.”

Co-host Ana Navarro piped in, “Look, when you have a public platform, when you’re a public person, really it’s a privilege, but it’s also a responsibility, and privacy doesn’t come along with all of the privilege that comes with being a public person. You’re earning a ton of money. You’ve got fans. People follow you.”

In other words, either support my cause, or shut the hell up, Lebron.

Whoopie and the rest of the harpies on The View sound desperate. After celebrities ranging from Bill Maher to Nicki Minaj have publicly expressed legitimate reasons for vaccine hesitancy, even a few NBA stars are speaking out about their decision not to take the immunizations.

Jonathan Isaac shares that he’s had Covid in the past when answering a question on vaccine hesitancy. pic.twitter.com/acwqXgjhEA

But how does the medical autonomy of these players jibe with the current NBA rules in regards to vaccinations? The Hill reports that the NBA sought to require all players to get vaccinated for the upcoming season, but that sparked strong pushback from the National Basketball Players Association, which called a vaccine mandate a “non-starter.” “A vaccine mandate for NBA players would need an agreement with the Players Association,” said NBA spokesperson Mike Bass in an email to The Hill on Tuesday. “The NBA has made these proposals, but the players’ union has rejected any vaccination requirement.”

Bradley Beal on his bout with COVID-19, which cost him the Olympics: “I didn’t get sick at all. I lost my smell. That’s it.”

Beal adds that no one will talk about adverse reactions to the vaccine and how it impacts player health. No NBA player has missed time due to the vaccine.

As of now, the NBA cannot require its players to be vaccinated, but the league announced Wednesday that players who remain unvaccinated against COVID-19 will not receive paid time off for any games they subsequently have to miss due to illness.

So much for being a “player-friendly” league

Other outspoken players, like Kyrie Irving, Jonathan Isaac, Bradley Beal, and Andrew Wiggins are digging in their heels. And now even players who have been vaccinated like Draymond Greene are speaking up for their unvaccinated teammates. That, at least in the eyes of Hall of Famer Kareem Abdul-Jabbar, is something that cannot stand.

“The NBA should insist that all players and staff are vaccinated or remove them from the team,” Abdul-Jabbar said, via Rolling Stone. “There is no room for players who are willing to risk the health and lives of their teammates, the staff and the fans simply because they are unable to grasp the seriousness of the situation or do the necessary research. What I find especially disingenuous about the vaccine deniers is their arrogance at disbelieving immunology and other medical experts. Yet, if their child was sick or they themselves needed emergency medical treatment, how quickly would they do exactly what those same experts told them to do?”

The NBA has said that about 90% of its players are fully vaccinated against COVID-19 headed into the 2021-22 season.