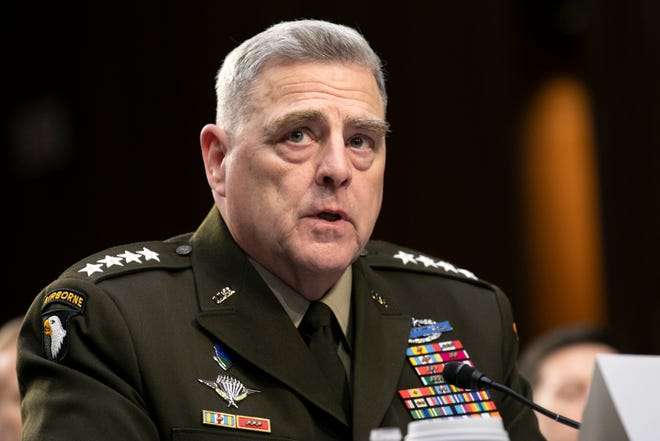 If you’ve been following current events, word is the head of the Joint Chiefs of Staff, General Mark Milley, felt that Donald Trump was so unstable in the waning days of his presidency that he had to take it upon himself to secure the nation’s nuclear codes… and even warn his counterpart in China that he’d be notified in advance if by some chance Trump started a war with that country.

Milley is the top military guy in the U.S., and there he was deciding on his own that the president was too irrational, etc. to be trusted with the nation’s security. He even allegedly consulted Democrat bigwigs Nancy Pelosi and Chuck Schumer. It seems Milley’s “big” concern was that Trump was playing up charges of election fraud in the 2020 election. We couldn’t have that; after all, it’s not like a presidential candidate and major political party had done that before, right?

Milley’s (alleged) actions should scare the beejeebees out of every American. If he was so affected by Trump’s state of being and actions, the proper course of action was to resign, and then he could bitch about it all to the mainstream media who, of course, would lap it up eagerly. 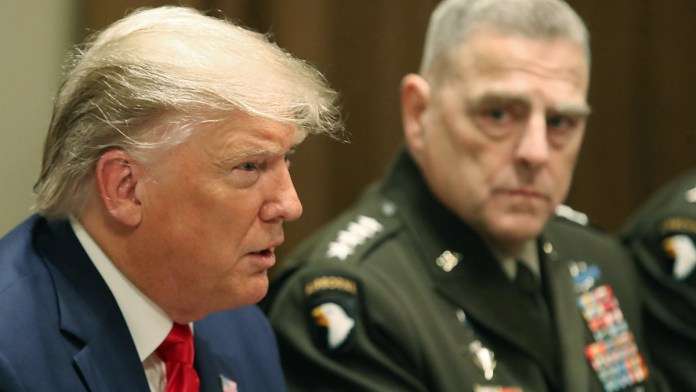 Who elected the general? No one. Civilian control of the military is a hallmark of the American system of government. If people like Milley can do what he did with impunity, then the United States as we know it is gone. The military advisor to the US President was willing to tell Communist China that he would side with China in a war between American and the CCP.

Recall President Truman relieving General Douglas MacArthur of his position during the Korean War for his insubordinate actions and statements. Recall President Kennedy standing up to General Curtis LeMay and the Joint Chiefs who were so eager to strike and invade Cuba during the 1962 Cuban Missile Crisis. Check out the superb film Thirteen Days for an idea of what JFK was up against. And for an excellent — and sobering — take on what might have happened had Kennedy been ignored by his military advisors, read Brendan DuBois’s Resurrection Day. 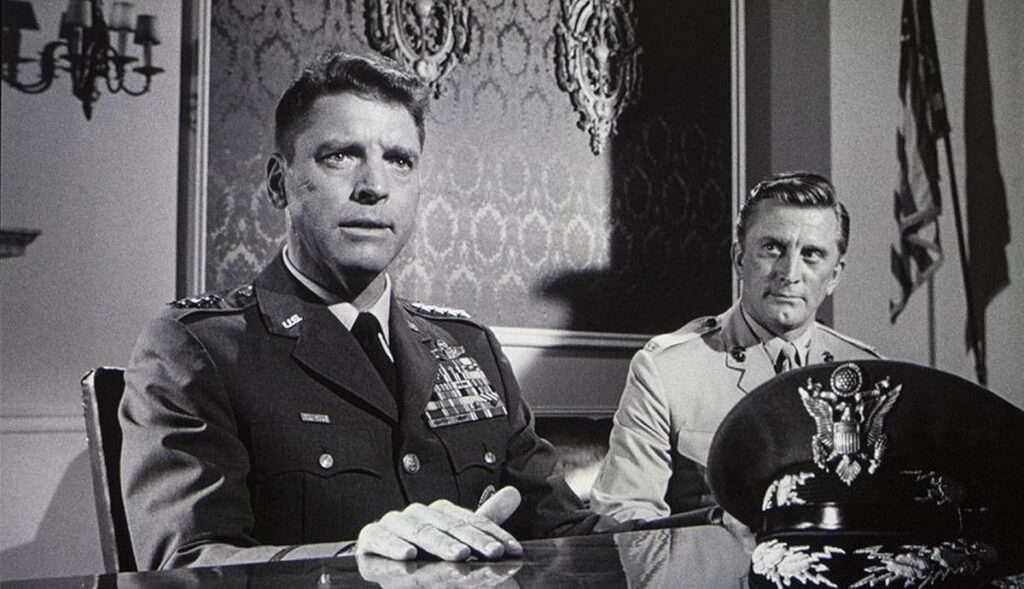 Perhaps the best part of the entire film is the president (Fredric March) lecturing Scott about his actions and motivations (beginning at about 1:36:26 in the video embedded below).

The President: I know you think I’m a weak sister, General, but when it comes to my oath of office, defending the Constitution of the United--

Gen. Scott: Nobody has to teach me how to salute a flag!

The President: Somebody  has to teach you about the democratic processes that that flag represents!

Gen. Scott: Don’t presume to take on that job, Mr. President, because frankly you’re not qualified. Your course of action in the past year has bordered on criminal negligence. This treaty with the Russians is a violation of any concept of security.

You’re not a weak sister, Mr. President. You’re a criminally weak sister. And if you want to talk about your oath of office, I’m here to tell you face-to-face […] that you violated that oath when you stripped this country of its muscles, when you deliberately played upon the fear and fatigue of the people and told them they could remove that fear by the stroke of a pen!

And when this nation rejected you, lost its faith in you and began to militantly oppose you, you violated that oath by simply not resigning from office and not turning this country over to someone who could represent the people of the United States!

The President: And that would be General James Mattoon Scott, wouldn’t it? I don’t know whether to laugh at that kind of megalomania or simply cry.

Gen. Scott: James Mattoon Scott, as you put it, hasn’t the slightest interest in his own glorification, but he does have an abiding concern about the survival of this country!

The President: Then by God run for office!! You have such a fervent, passionate, evangelical affection for your country … why in the name of God don’t you have any faith in the system of government that you’re so hellbent to protect?

The scenario in Seven Days in May evokes the specter of Senator Joseph McCarthy and the “Red Scare” of the 1950s and 60s given when it was made. There were plenty of Americans, after all, who sided with General MacArthur in his spat with Truman, and who thought JFK was weak in his handling of the Cuban crisis. Just as now there are plenty who believe General Milley was justified in his actions against President Trump.

The difference today, however, is the collusion of political-minded government operatives like Milley with the mainstream media and Big Tech. In fact, today’s progressives would cream if a group like The Authority arbitrarily took control of the government and imposed its utopian far-left agenda. Given how they did just that (in the ironically titled Coup D’état trade paperback), the circumstances with Joe Biden are almost identical (but the politics reversed, natch).

The establishment had it out for Donald Trump from day one. He didn’t “collude” with Russia despite all the garbage we were fed by the media, and the two impeachments were ridiculous nonsense. Trump had every right to question how election 2020 was conducted (hell, Democrats still believe 2016 was stolen — but that’s ok!), and there certainly was no threat from him to China upon which Milley allegedly based his actions.

This all adds a whole new, and very dangerous, dimension to what President Dwight Eisenhower warned about regarding the military-industrial complex (at 8:41 in the video below):

“In the councils of government, we must guard against the acquisition of unwarranted influence, whether sought or unsought, by the military-industrial complex. The potential for the disastrous rise of misplaced power exists and will persist.”

Rumor: Marvel Studios Sees Captain America's Patriotism as 'Problematic'
Get Woke Go Broke: Diagnosing the Collapse of The CW Network
LGBTQ Politics: Congresswoman on Drag Queens - 'What America is ALL About'
Facebook Meta Producing Propaganda Comics to Combat "False News"
Elon Musk Buys Twitter - and the Meltdowns Have Been Glorious
Why are So Many Left Wing Comics Starting to Sound "Red Pilled"?
Family Circus: Jussie Smollett's Family Not Handling His Conviction Well