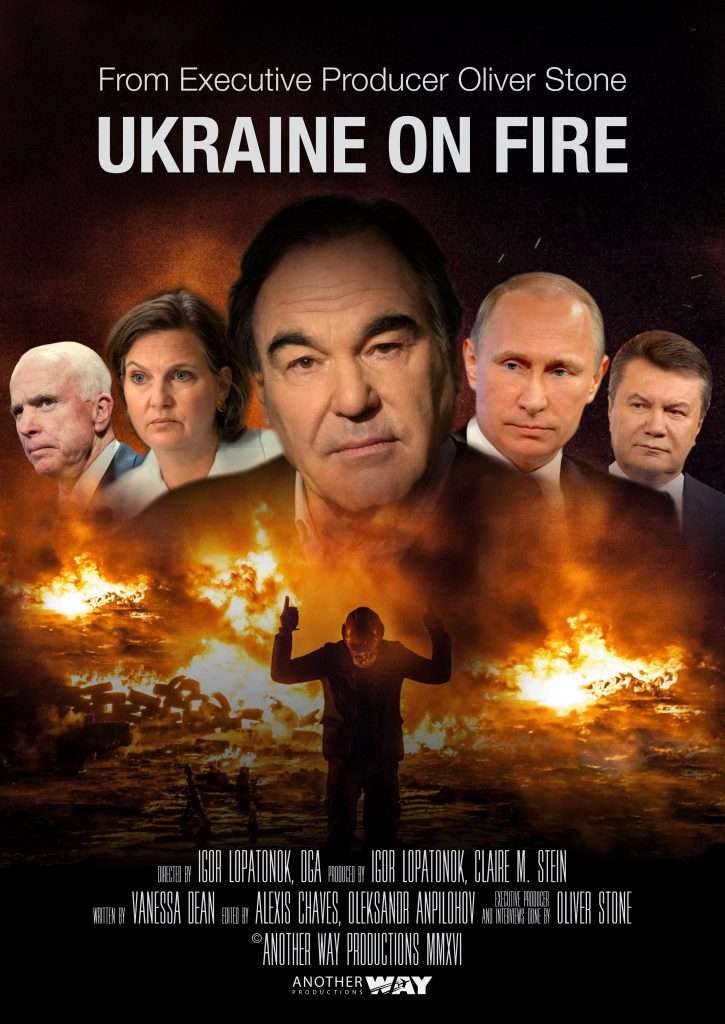 Ukraine On Fire, a 2016 documentary recounting the events of Euromaidan, the uprising that deposed Ukrainian president Viktor Yanukovych and installed a pro-EU, pro-NATO administration, has been blocked by Google-owned YouTube.

Filmmaker Oliver Stone, who is well-known for his criticism of western foreign policy, appears in the documentary. Igor Lopatonok, a Ukrainian film filmmaker, produced and directed the film.

#YouTube #BigTech deleted #UkraineOnFire film from our production official channel, I’m asking everyone who like our film to download it from our Vimeo here and post it everywhere. As a copyright holder we giving to you – The People that rightshttps://t.co/k5fDPb5VPO pic.twitter.com/cMv2lrRV9A

The film approaches the history of the removal of President Yanukovych, which marked the beginning of years of conflict culminating in the current Russian military operations in the country, as a western-backed coup not unlike other “color revolutions” in Europe.

Ukraine. Across its eastern border is Russia and to its west-Europe. For centuries, it has been at the center of a tug-of-war between powers seeking to control its rich lands and access to the Black Sea. 2014’s Maidan Massacre triggered a bloody uprising that ousted president Viktor Yanukovych and painted Russia as the perpetrator by Western media. But was it? “Ukraine on Fire” by Igor Lopatonok provides a historical perspective for the deep divisions in the region which lead to the 2004 Orange Revolution, 2014 uprisings, and the violent overthrow of democratically elected Yanukovych. Covered by Western media as a people’s revolution, it was in fact a coup d’état scripted and staged by nationalist groups and the U.S. State Department. Investigative journalist Robert Parry reveals how U.S.-funded political NGOs and media companies have emerged since the 80s replacing the CIA in promoting America’s geopolitical agenda abroad.

YouTube’s censorship of the documentary was immediately picked up by pro-free speech platforms like Rumble and Odysee, a blockchain-based video platform focused on empowering censored independent creators, said the documentary remains hosted on its platform.

I think the only Oliver Stone movie I saw was the Doors one. That was a good movie so this Ukraine one is probably good too. But yeah, it’s on odysee, watch it if you want idk. “Freedom of choice – Devo”.

In what world do people actually think it’s right to allow “corporate executives” to decide what you are allowed to watch? https://t.co/dwwxLEXEqa

We removed this video for violating our violent or graphic content policy, which prohibits content containing footage of corpses with massive injuries, such as severed limbs–for example, videos of beheadings. Reuploads of this video containing the violative content will also be removed from YouTube. While we do allow content with educational, documentary, scientific, or artistic content, for some categories we have a higher bar and we do not make exceptions for certain kinds of violent or graphic content.

Those who wish to see the documentary for themselves are able to watch the film in full via Rumble below:

The documentary is also available on a number of other platforms, including Vimeo, Odysee and Amazon.

Hollywood Millionaires Dismiss Soaring Gas Prices; 'Patriotic Duty' to Pay More
When Will Hollywood Properly Portray September 11th?
Oliver Stone Slams Cancel Culture; Twitter for Banning the President
The Art of the Deal: Films About Negotiations
From Russia With Love? Twelve Movies Set in the Former USSR
Watergate on Film: When Andy Griffith Played a Trumpian Figure
Bounding Into Comics Deplatformed: How to Combat this Censorship?