This August, Marvel Comics brings back one of Robert E. Howard’s classic heroes! Witness a young and formidable Valeria, in a time before the fan-favorite “Red Nails” Conan story, as she treads the kingdoms of the Hyborian Age in search of revenge in an all-new story from Meredith Finch (Wonder Woman, Savage Sword of Conan) and artist Aneke (Red Sonja, DC’s Bombshells)! 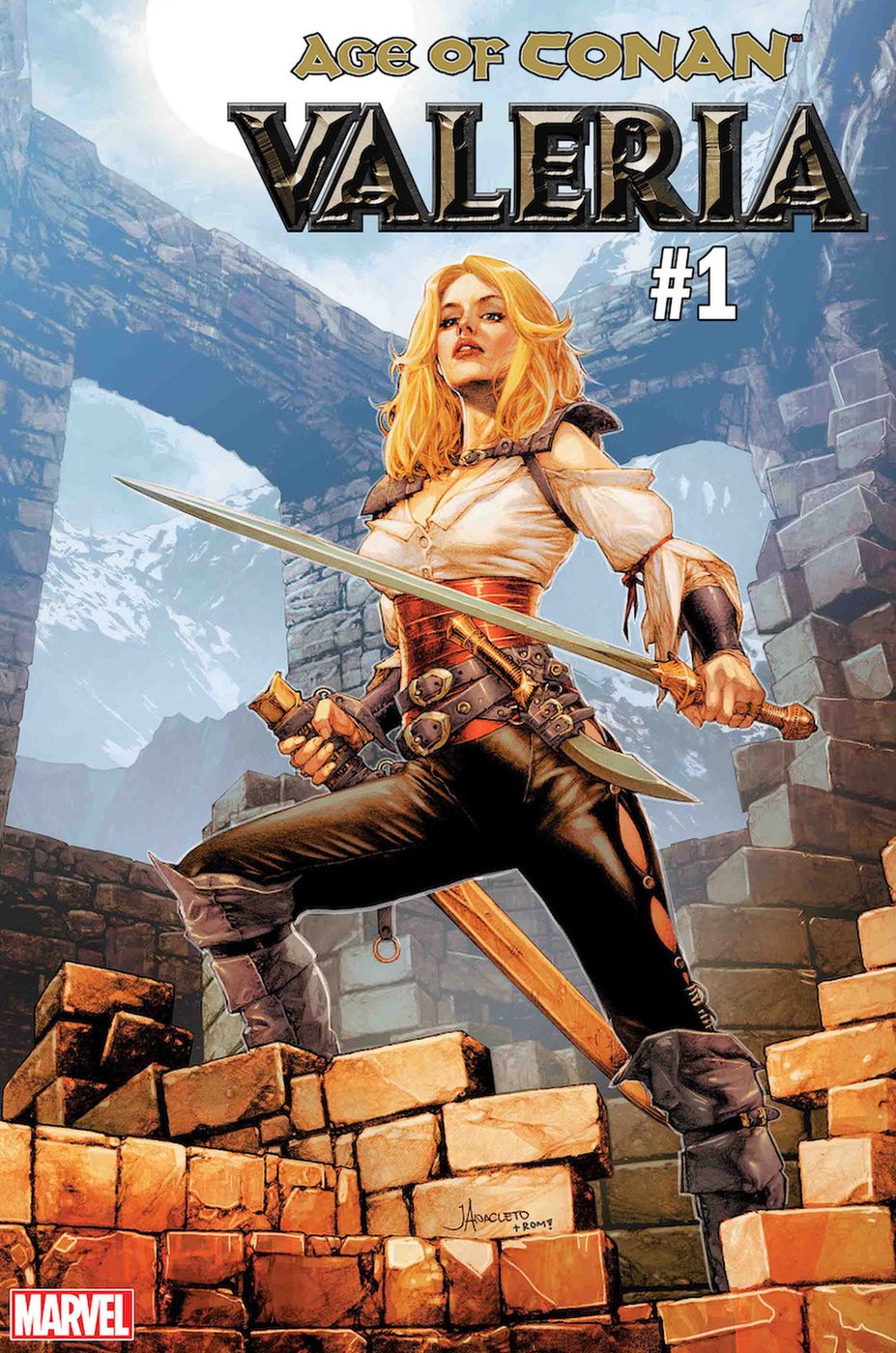 “Robert E. Howard and the Conan universe have always been ahead of their time in terms of creating strong, empowered female characters, and Valeria is certainly no exception,” shared writer Meredith Finch. “It was my privilege to craft the origin story of such a formidable woman, even by today’s standards.  When combined with the fantastical storytelling of Aneke, this is sure to be a book Conan fans new and old won’t be able to put down.”

“Meredith’s crafted a gripping tale, brought to life on the page under the wonderful pen of Aneke, that’s going to pull you deep into a Hyborian age mystery as Valeria confronts her past to forge her path to the future,” added editor Mark Basso. “It’s going to be like nothing you’ve seen yet from Marvel’s CONAN comics.”