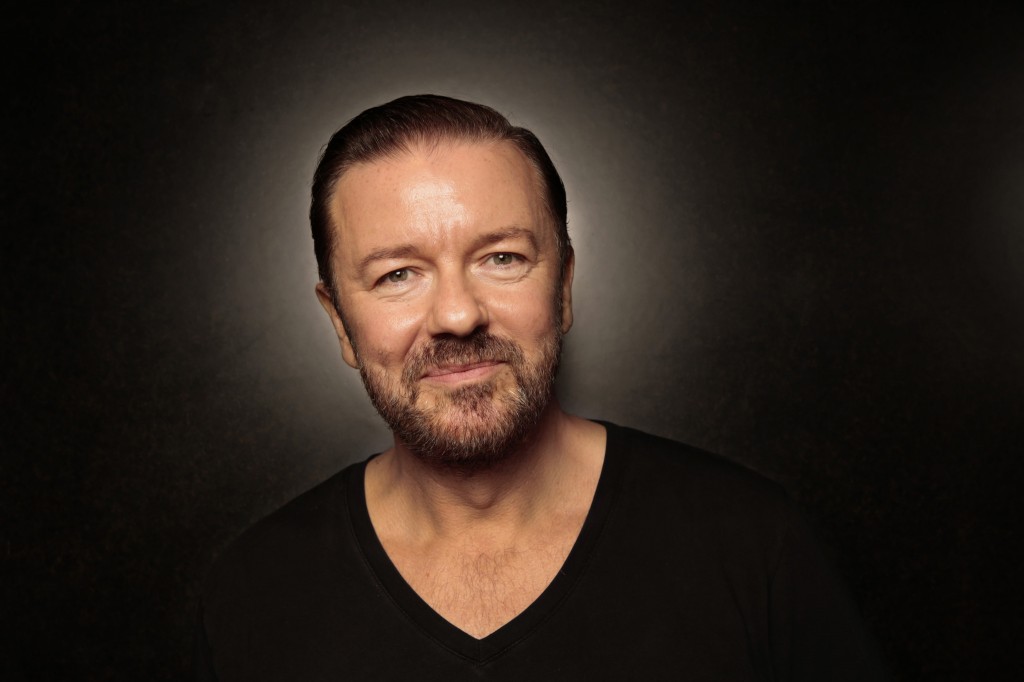 In his latest Netflix special, “SuperNature,” comedian Ricky Gervais takes aim at transgender demands, mocking the woke authoritarians’ insistence that male-to-female transgender people who still have penises must be referred to as “women.” Gervais wastes no time having a go at trans-activists, mocking them early on in his stand-up routine.

“The old-fashioned women, the ones with wombs. Those fucking dinosaurs,” he began. “I love the new women. They’re great, aren’t they? The new ones we’ve been seeing lately. The ones with beards and cocks. They’re as good as gold, I love them.”

He continued: “And now the old-fashioned ones say, ‘Oh, they want to use our toilets.’ ‘Why shouldn’t they use your toilets?’ ‘For ladies!’ ‘They are ladies. Look at their pronouns! What about this person isn’t a lady?’ ‘Well, his penis.’ ‘Her penis, you fucking bigot!’ ‘What if he rapes me?’ ‘What if she rapes you, you fucking TERF whore?’”

It didn’t take long for online social justice warriors to start signaling their virtue and announcing their outrage. Are any of these people working at Netflix?

Ricky Gervais is like a dick, he shows up on your phone unwanted, acts big and hard talking about trans people but is way smaller in real life and can’t handle getting bent by people calling him out on social media.

ricky gervais’ sucks not just cause his special is transphobic but also cause he’s a coward who’s riding a global wave of transphobia to beg real comedians for respect, which he will ultimately not get

now that ricky gervais is revealing he is incredibly transphobic too, it reminds me that a major part of rickys career was he found a guy that was more interesting than himself and just had that guy be funny on his show

Ricky Gervais has a new comedy special coming out Tuesday.

Word is that Netflix sat on it for months because of how virulently transphobic it is—worse than Chappelle—but are releasing it anyway for fear of right-wing backlash.

But not everyone was offended. In fact, there was an even stronger show of support for the special, much of it coming from unexpected corners of the internet. Maybe #woke is descendent.

Regarding @rickygervais “SuperNature’ show, EVERYONE & EVERYTHING gets it in the neck. Everyone. Yes, even us gays. And it’s HILARIOUS.

It’s kind of the point, isn’t it? He also has a good go at himself.

Which is also kind of the point, isn’t it?

Learn to laugh at yourself.

Absolutely loved @rickygervais #SuperNature funny, clever and takes the piss out of everyone. Superb.

SuperNature is great! Woke going up in smoke!

Ricky Gervais has been supportive of me, a trans woman, for years.

He is not transphobic. He is bullshitphobic.

Of course Gervais didn’t save all his jokes for transgender politics, he took shots at nearly every sacred cow.

And it doesn’t appear that Gervais is concerned with any backlash.

He added “You won’t find a ten year old tweet saying ‘Women don’t have penises.’ You know why? We didn’t think we fucking had to!”

Gervais concludes the special with the following:

“Full disclosure: In real life of course I support trans rights,” he said. “I support all human rights, and trans rights are human rights. Live your best life. Use your preferred pronouns. Be the gender that you feel you are. But meet me halfway, ladies. Lose the cock. That’s all I’m saying.”

One more sleep till #SuperNature. Please watch it.
Or not. Doesn’t matter. I’ve been paid. pic.twitter.com/AEfMYlYL7K

Could Netflix really be trying to undo the “wokeness” it’s been infected with after all?