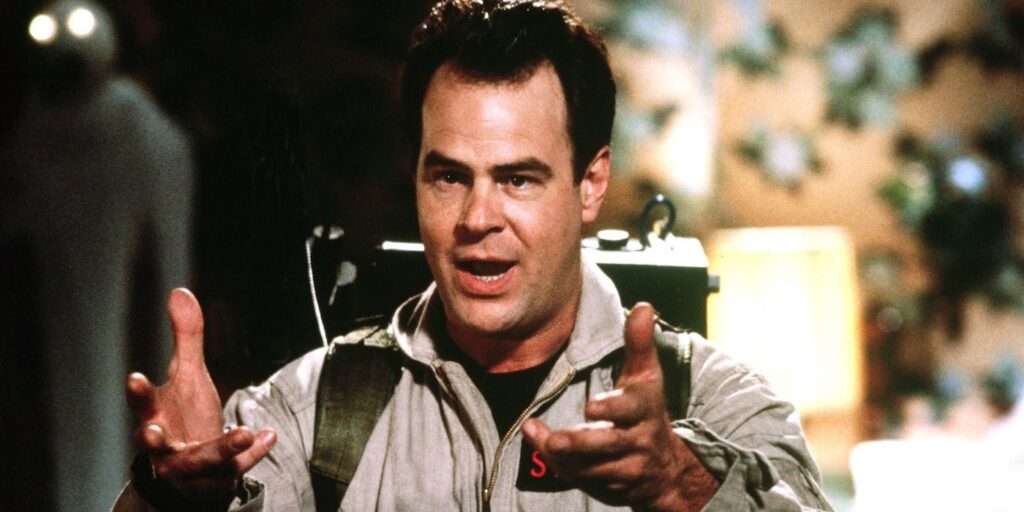 Over the last several years, cancel culture has become a major topic in pop culture, attacking any performer or entertainer that doesn’t tow the liberal narrative in regards to social movements or identity politics. Most recently, the controversy over provocative jokes in Dave Chappelle’s newest comedy special “The Closer”.

Well, leave it to a sad has-been like Dan Aykroyd to fall on the wrong side of the issue, as he did while on the press trail for the upcoming “Ghostbusters” sequel, “Ghostbusters: Afterlife,” in which Aykroyd reprises his infamous role Ray Stantz from the first film. Aykroyd weighed in on the controversy in a wide-ranging interview with The Hollywood Reporter.

It might be his impression of Julia Child, bleeding profusely all over her faux cooking set. What about his sleazy salesman hawking children’s costumes brimming with glass shards?

Or, perhaps it’s his recurring gig as Elwood Blues, half of the iconic Blues Brothers alongside the late John Belushi.

Some of these comic morsels would no longer be permitted in our woke age. Certainly a Blues Brothers pitch today would be derailed as “cultural appropriation,” given how the Blues are considered part of the black cultural experience.

All of those iconic portrayals were hilarious in their time, but as Toto points out, if “Aykroyd wants Cancel Culture to reign supreme, he might find his own work on the chopping block.”

“Consider his 1983 comedy, “Trading Places.” The film proved a sizable hit for him and co-star Eddie Murphy, but in recent years it’s come under attack for its racial humor. In one scene Aykroyd dons blackface as part of a disguise.

Could “Trading Places” get canceled, and his performance along with it? It’s certainly possible, especially since plenty of blackface TV episodes got memory-holed last year.”

This is just disappointing on several levels. Sad to see the same Oscar-nominated actor who created many iconic characters from the early SNL days — Erwin Mainway, Fred Garvin: Male Prostitute, and one of the Festrunk Brothers — and proved that, even way back then in the wildest days of the 1970s, he could create potentially offensive characters that could repel criticism with their multi-layers of smart social commentary.

Aykroyd’s unfortunate alliance with “cancel culture” arrives just as his biggest Hollywood movie in years is pending release, Ghostbusters: Afterlife, which opens in cinemas next week.