STORY UPDATED MAY 24 BELOW:

The comic book community is abuzz after a bombshell dropped Tuesday evening. It was leaked that Tom King is being removed from Batman by DC Comics after issue 85. King was signed to an exclusive deal at DC Comics in 2016 to follow Scott Snyder and Greg Capullo’s highly successful Batman run. King’s Batman started on fire with excellent sales, critical acclaim and reader enthusiasm. That all changed when we got to Batman #50, also known as “The Wedding” that never happened. Readers began souring on King and his take on Batman ever since. Batman #49 shipped 121 thousand issues to retailers in June 2018. That number has dropped by over 33% to 89 thousand on issue 69 just a few months later.

Still, something doesn’t add up. In spite of it being the lowest sales for Batman in 12 years, Tom King’s Batman series is still DC Comics’ bestselling ongoing by a mile. And King’s ‘Heroes in Crisis’ is also among the best sellers in the entire industry, despite a decidedly mixed reception to Wally West being turned into a mass murderer. ComicBook.com published an interview with King on 22 May where he stated he’s “changing the character for a generation, maybe forever”. He also stated that his current story wraps up around issue 90. What changed in such a short amount of time? What publisher fires their highest selling writer after he makes these sorts of claims? 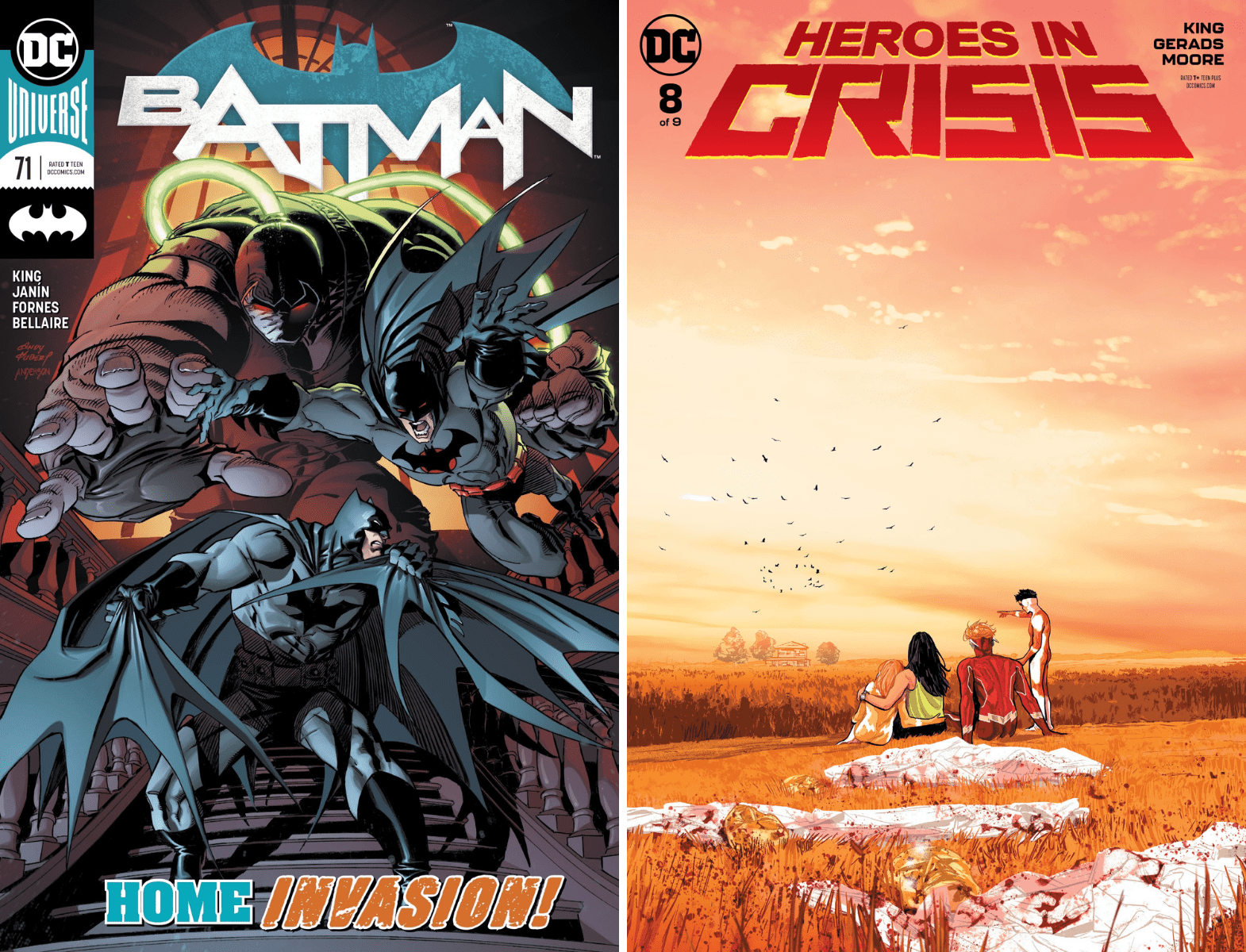 CBR.com confirmed Tom King is leaving the Batman series by the end of 2019. They further clarified he has several new, unannounced projects with DC Comics moving forward. DC is releasing details on his new projects in the months ahead. King and frequent collaborator Mitch Gerads sent cryptic Tweets about his rumored firing. Gerads specifically hinting he had more information and people are jumping to conclusions.

My sources tell me King and DC Comics are “working the industry”. DC Comics has been very pleased with King and his direction with Batman. Batman is maintaining some of the best ongoing sales numbers in the industry shipping twice monthly. I believe King may have asked DC to release information of his “firing” merely to troll readers. He’s being removed from the series, but will finish his story on a new title. DC is boosting the end of his plans for Batman with special issues with increased hype (and likely increased costs). This would be a similar approach used for Brian Michael Bendis’ Man of Steel and Scott Snyder’s No Justice mini-events. In other words, his profile on Batman is increasing with the change not decreasing.

If this is a troll as I suspect, then DC and King are doing one hell of a job. Most comic industry sites ran with the story. Another of my sources contacted Diamond directly. Diamond claims “that’s the story, we’re getting more information soon.” King has a history of trolling the comic book industry. He once claimed he needed a bodyguard following threats received during “The Wedding” fallout. It could be argued that the wedding issue itself was a troll of the entire industry. Mere days before the release of Batman #50, DC Comics spoiled the fact that the wedding wouldn’t happen to the NYT. They didn’t even have the decency to spoil it in an industry publication! Retailers across America had planned elaborate midnight release parties while Tom King and DC leadership cost many small business owners’ revenue and readers with the spoiler publicity stunt.

News of King’s “firing” was received with equal amounts of consternation and excitement in the comic book community, causing a significant segment of readers to declare they would harass whoever replaces King on Batman. Other readers who left Batman after issue 50 are suddenly vowing to return after King leaves the title. Both groups are currently engaged in a back-and-forth all over social media, furthering the divide in already heavily fractured community.

If my hunch is correct, I have to ask “is causing even more in-fighting within the community really worth Tom King trolling readers?” What exactly do King and DC Comics hope to achieve by misguiding readers with misinformation and misdirection? They’re certainly receiving a tremendous amount of free press, but are these the kinds of headlines and controversy they want? How many times will fans and retailers be willing forgive Tom King and DC Comics for what amounts to trolling them? Could this be the straw the breaks the camel’s back?

Join me and and a panel of experts this Saturday at 10 am (est) on Thinking Critical YouTube as we hold a live discussion to debate Tom King’s “firing”, the fallout of his trolling,  and his overall legacy. We’re always live and unfiltered and we’re going to break it down from every angle. 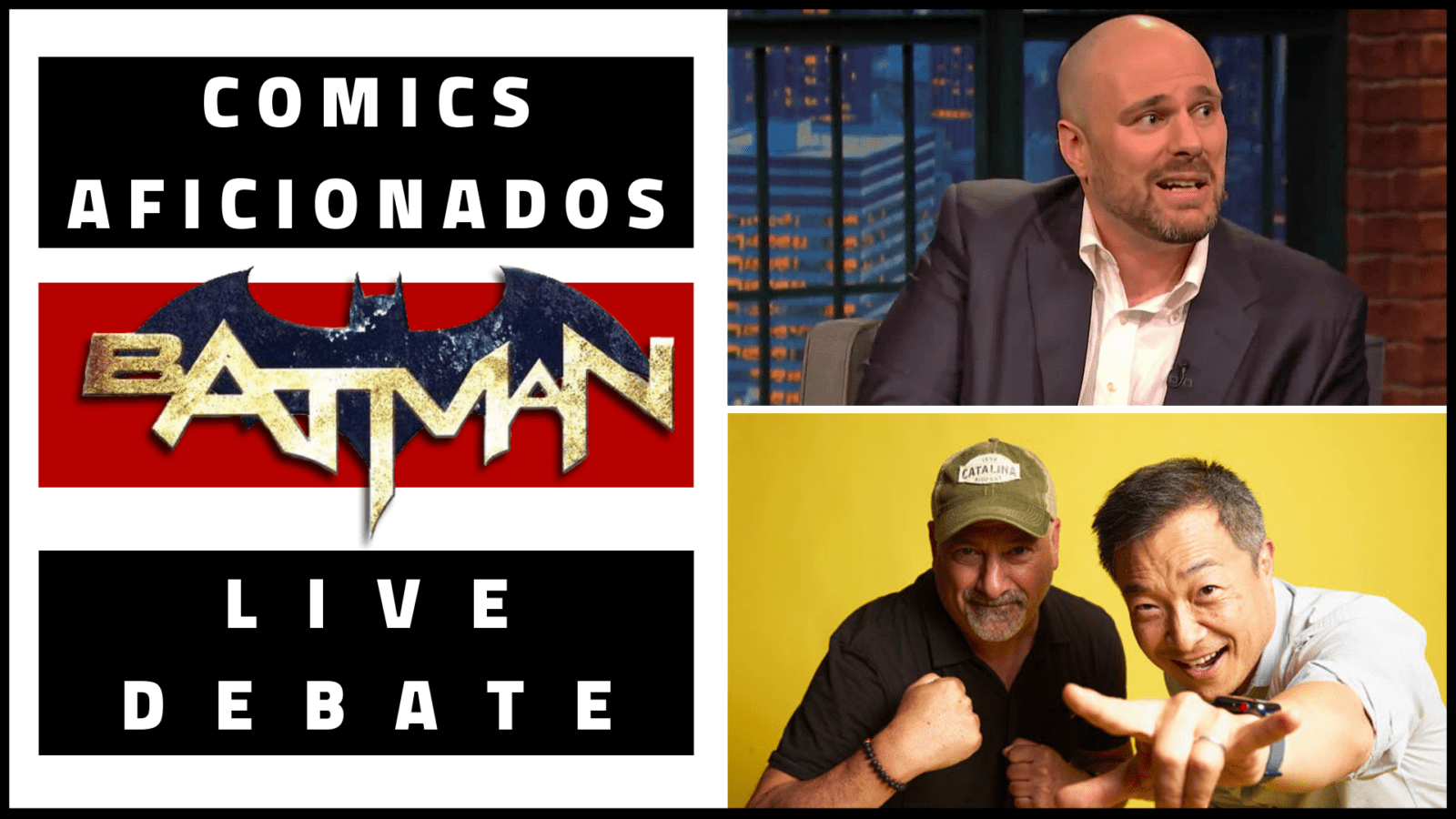 For some additional information about Tom King and DC Comics trolling fans check out the video below.

Our sources have been confirmed as DC has officially confirmed Tom King’s departure from the core Batman title – but revealed that King will continue in a 12-issue Batman/Catwoman series drawn by Clay Mann. The limited series is scheduled to hit shelves January 2020.

“We’re making changes to our comic book publishing line to set DC up for continued success,” said DC’s editor-in-chief Bob Harras. “We’re starting with the bestselling Batman comic after ‘City of Bane’ wraps up in December. ‘City of Bane’ is an incredible story and an integral part of our overall ‘Year of the Villain’ campaign, and a new Tom King and Clay Mann Bat/Cat series in 2020 fills the gap once BATMAN begins to ship monthly.”

December’s Batman #85 will be Tom King’s final issue of the title, however DC is not revealing who will take his place for #86 and after. The one thing DC does emphasize is that Batman will revert from its twice-monthly shipping back to monthly issues come January 2020.

King describes his Batman/Catwoman book as an “ambitious, accessible, beautiful, thrilling” series that will conlude his “years of stories.”

“This will be a comic about what the best Batman comics are always been about, how our greatest hero turns fear into bravery, pain into hope, trauma into love,” said King. “It’s the story I always wanted to tell, and I’m telling it with the man I consider to be the greatest artist in comics, my brother Clay Mann.”

So there you have it. All the buzz that the comic media press, and Tom King himself generated earlier this week was merely a tactic to get some buzz about a big event Tom King will be writing (possibly correcting the failed marriage?) 7 months from now.

Thanks DC Comics. You proved us right again.