Tom Holland recently opened up about Spider-Man’s future in the Marvel Cinematic Universe, following news that Disney and Sony have failed to reach a deal on new films and addressed the news that Disney has no new plans to include Spider-Man in future MCU films.

“Basically, we’ve made five great movies,” Holland told EW. “It’s been five amazing years. I’ve had the time of my life. Who knows what the future holds? But all I know is that I’m going to continue playing Spider-Man and having the time of my life. It’s going to be so fun, however we choose to do it. The future for Spider-Man will be different, but it will be equally as awesome and amazing, and we’ll find new ways to make it even cooler.”

During his first-ever visit to Philadelphia at Keystone Comic Con this past weekend, Tom Holland teased his third live-action Spider-Man film, saying that it’s already been pitched and will be “something very special and something very different” from what we saw in Homecoming and Far From Home, while having a deep personal connection to the actor’s own life. 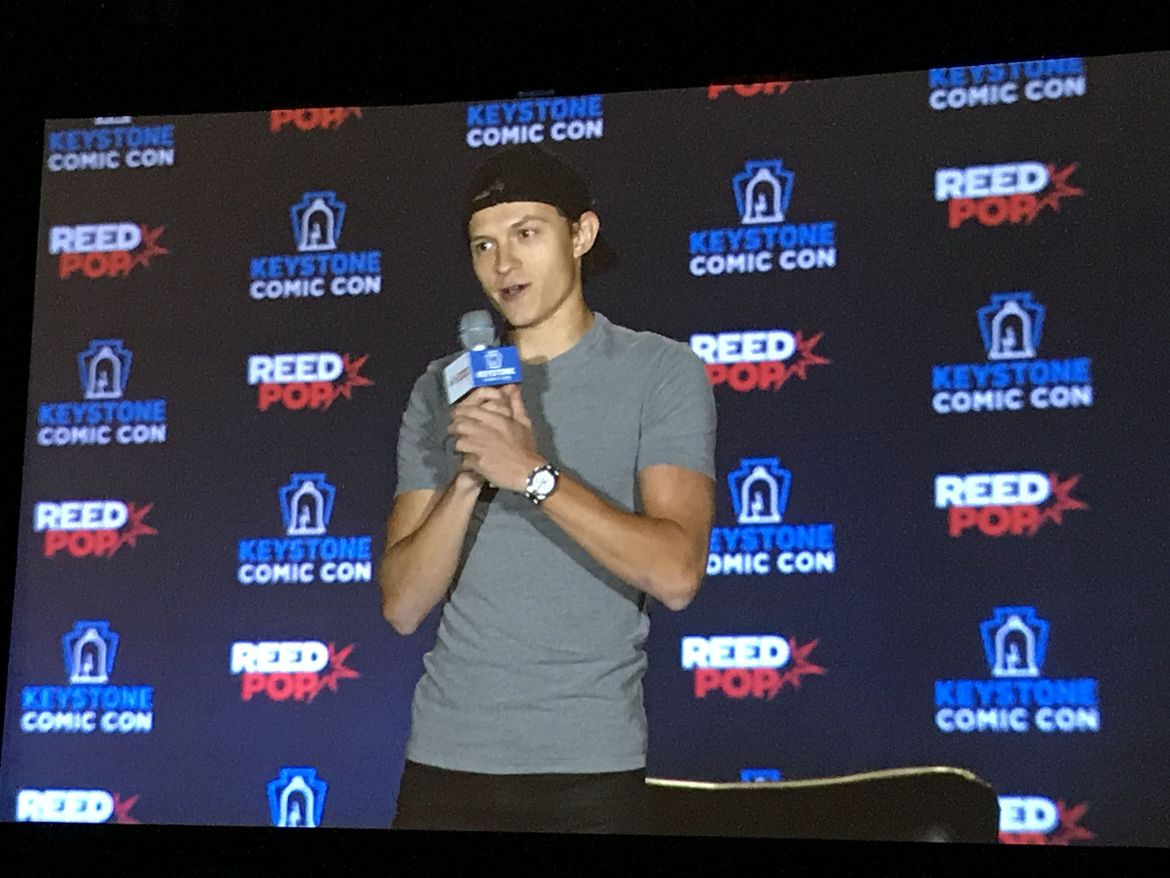 Moreover, he gave an enthusiastic “Of course!” when asked if Happy Hogan (Jon Favreau) has a long-term romantic shot with Aunt May (Marisa Tomei).

Holland, who is still contractually obliged to make a third Sony Spider-Man film, also took a moment to tackle the headline-making split between Disney and Sony. “Uh, it’s been a crazy week,” he said, echoing his earlier statement at D23 Expo in Anaheim, California. “The news came as a bit of a shock, but we’ve made five great movies … you guys have made it so special for me, and it’s not the end of me playing Spider-Man. There’s definitely more to come … I’m just really excited for everything … It’s only gonna get bigger and better … It’s pretty crazy.”

“I’m just so grateful that Marvel changed my life and allowed my dreams to come true and to Sony [for] allowing me to continue to live my dream,” added Holland. “We really tried to hone in on the high school thing … He’s the most relatable superhero that’s ever been … Peter Parker’s just a kid from Queens … He’s the best friend that doesn’t judge … at all. He taught me so much about friendship and happiness and inclusion … Without sounding corny, Peter Parker is like my best mate. I’ve learned so much from him.”

While it seemed like a PR stunt when the Sony Disney disagreement came out earlier this month, it turns out that this was probably a decision made by Sony long ago that they didn’t want to renew their agreement after doing so well with Venom and Spider-Man: Into the Spider-Verse without ANY input from Disney. The MCU deal wasn’t meant to last forever, Now Sony will no longer be able to mention the Marvel Cinematic Universe events, the Avengers, Iron Man, etc. Nor can they use the Iron Spider costume, or in fact any costumes from the MCU related films.

With good writing, this is all easily overcome. However, the weak link in this new arrangement may be Sony Chief Tom Rothman.

Who is Tom Rothman?  He is the current is Chairman of Sony Pictures Entertainment’s Motion Picture Group. In 2015, it was announced that Rothman would replace Amy Pascal as chairman of Sony Pictures’ Motion Picture Group. Up until 2012, Rothman was the Chairman and Chief Executive Officer of Fox Filmed Entertainment, the parent company of Twentieth Century Fox. Under Rothman’s watch at FOX, he oversaw mismanaged productions for X-Men 3, Daredevil, and Fantastic Four, and has a reputation as someone who isn’t really a fan of comic book movies.

Do you think Spider-Man is in good hands? Are you glad Disney no longer handles Spider-Man? Do you still hope they’ll all kiss and make up? Sound off in the comments.