TKO Studios Aims to Be the First ‘Modern Comic Company’ 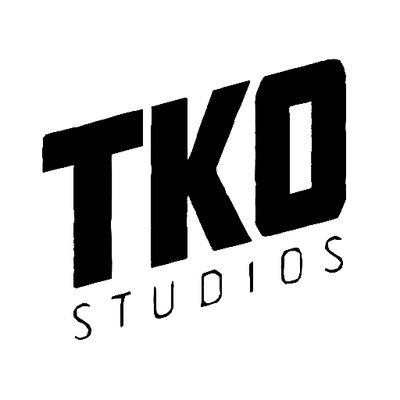 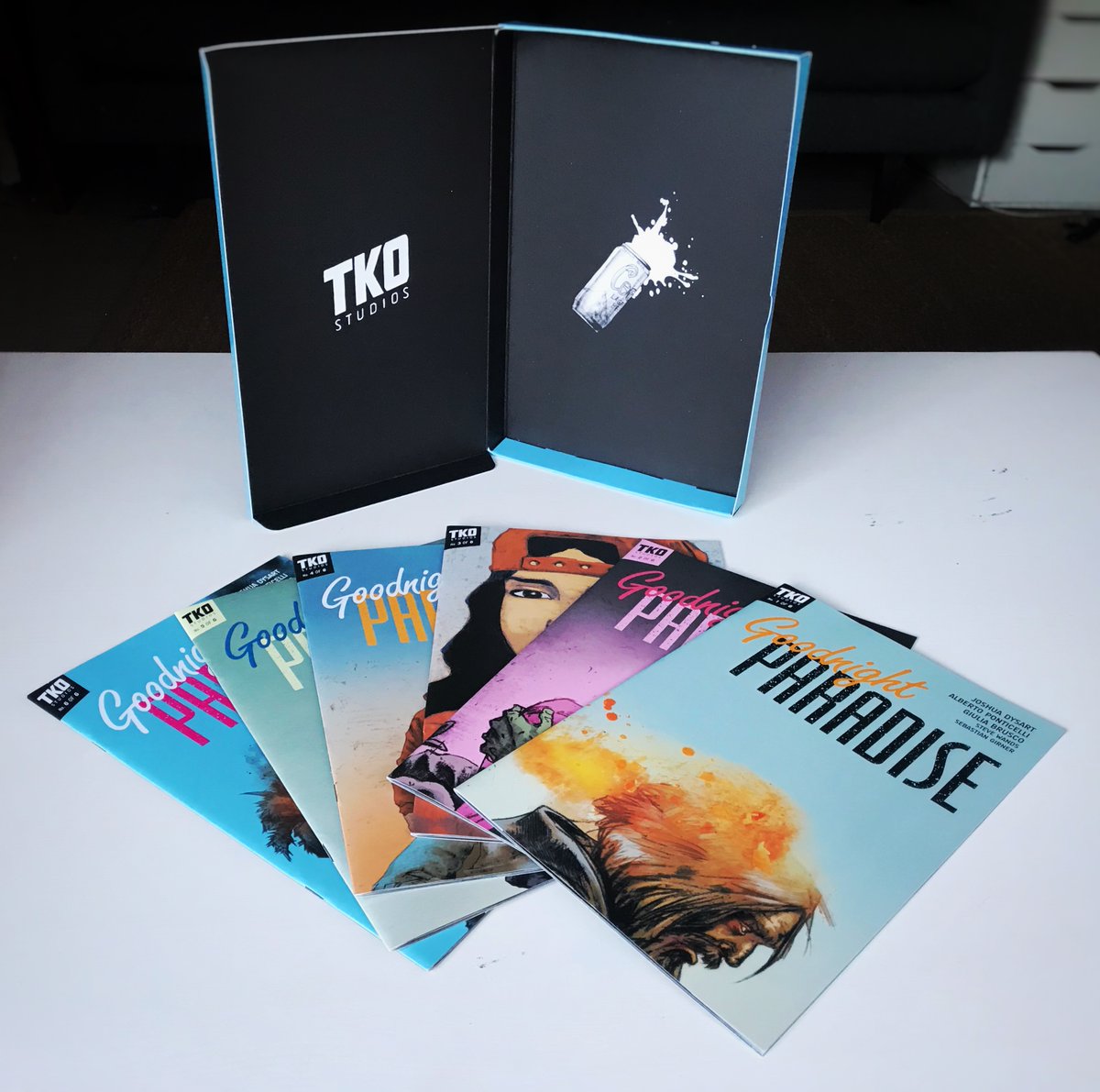 At TKO we want to be the first modern comic book company. So, we’ll be doing things a bit differently. *thread* 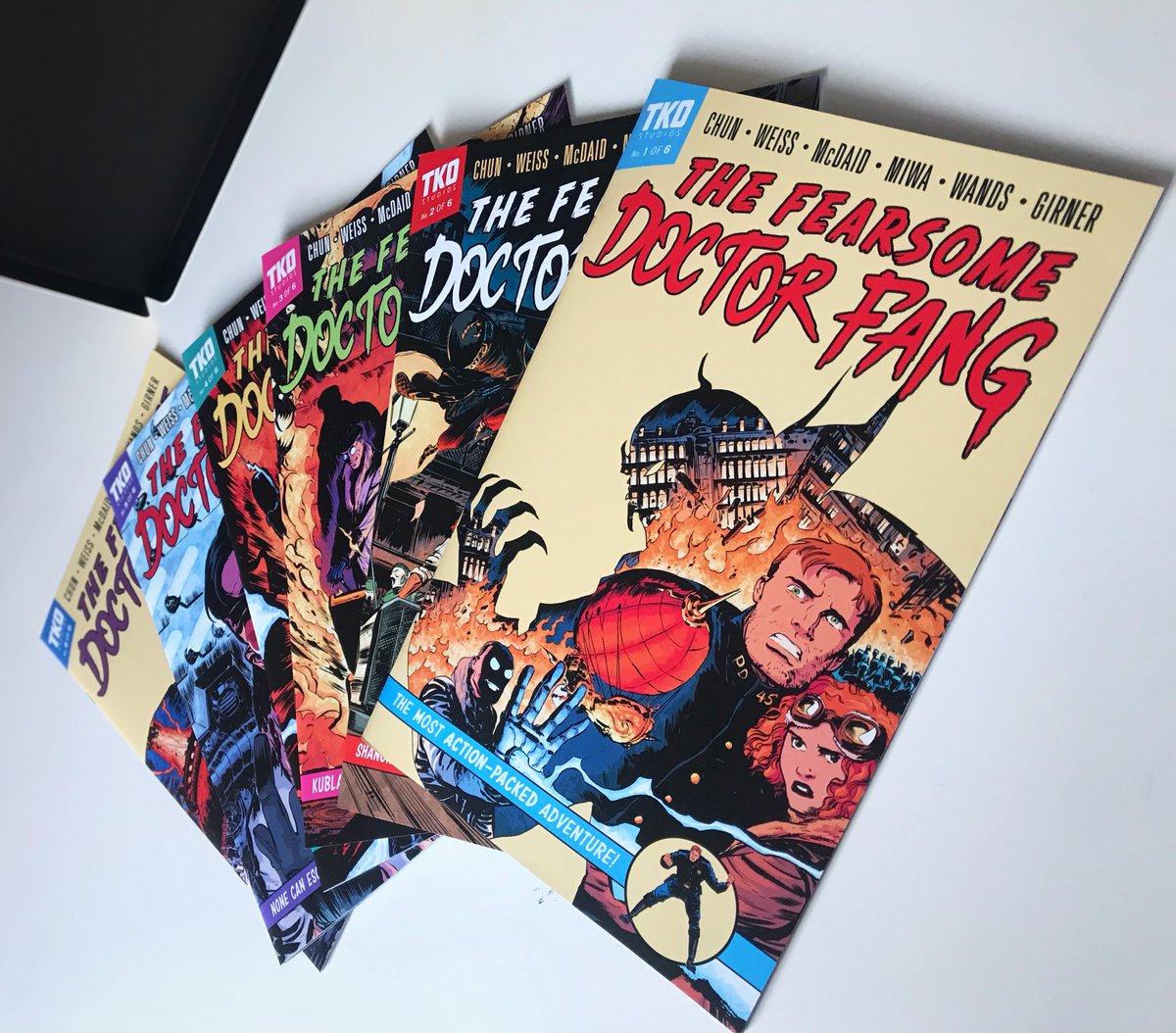 TKO Studios is setting out to redefine the comic book industry creatively and commercially. The company was founded by award-winning comic book, entertainment, business and tech professionals. Their Editor-in-Chief is Sebastian Girner and the co-founder and publisher is Tze Chun and they want to present unique takes on established genres while promoting diverse and exciting voices that reflect a modern audience. The company aims to use modern methods of marketing, distribution, and audience engagement to grab a segment of the comic market that hasn’t been tapped. 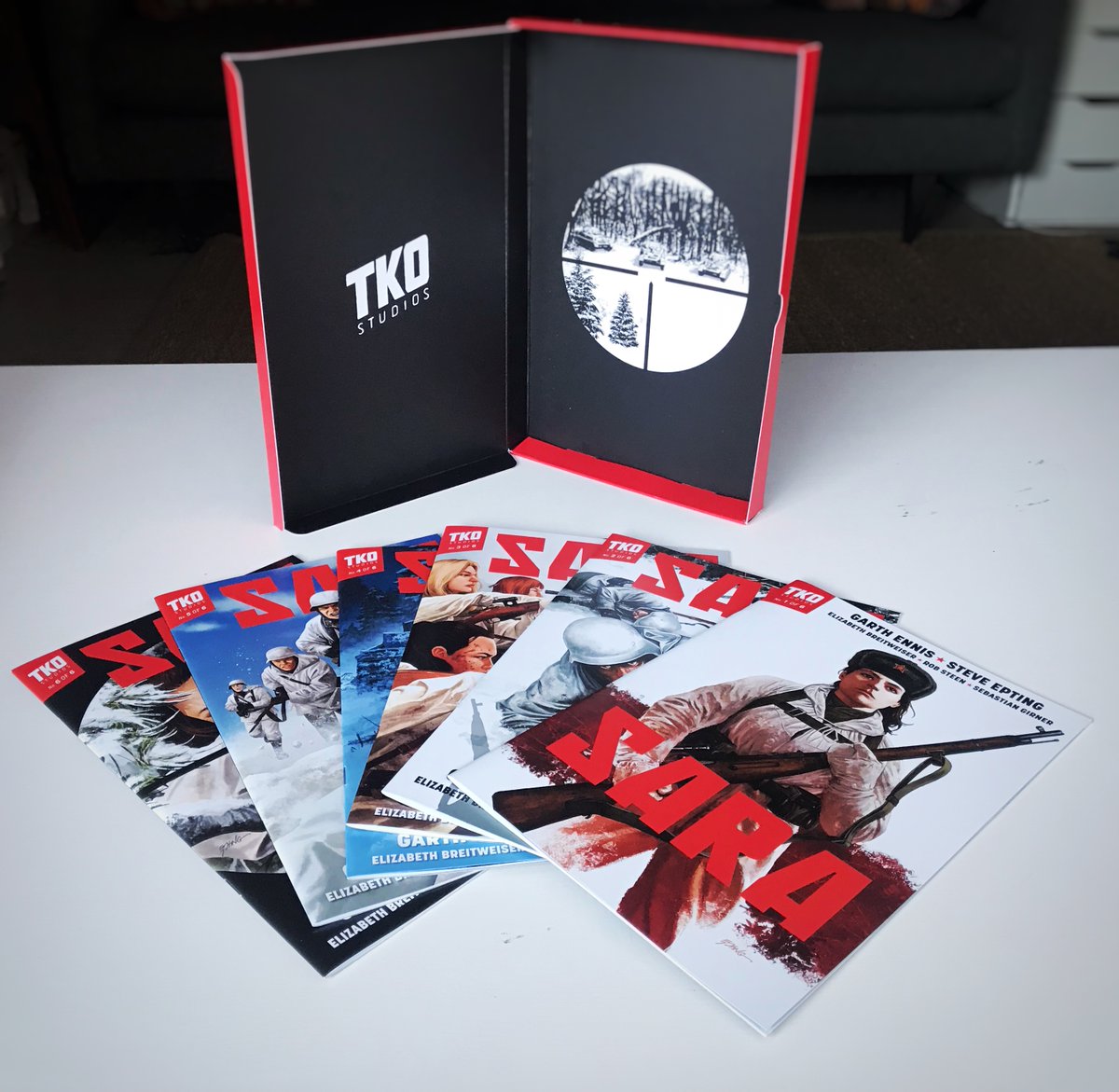 What’s most fascinating is that the publisher is offering the premier issue of each new miniseries available for free digital download. Knowing modern fans love to binge, and that comic fans hate waiting 6 – 12 months for a story to be completed, their model is to make all issues of a single miniseries available at once. This is simply unheard of! No more delays between issues. They also surmise that comic readers like to read their books in a variety of formats, so they’re making our books available in three different formats, right off the bat: full six-issue sets in a collectors box, trade paperbacks, and digital downloads. 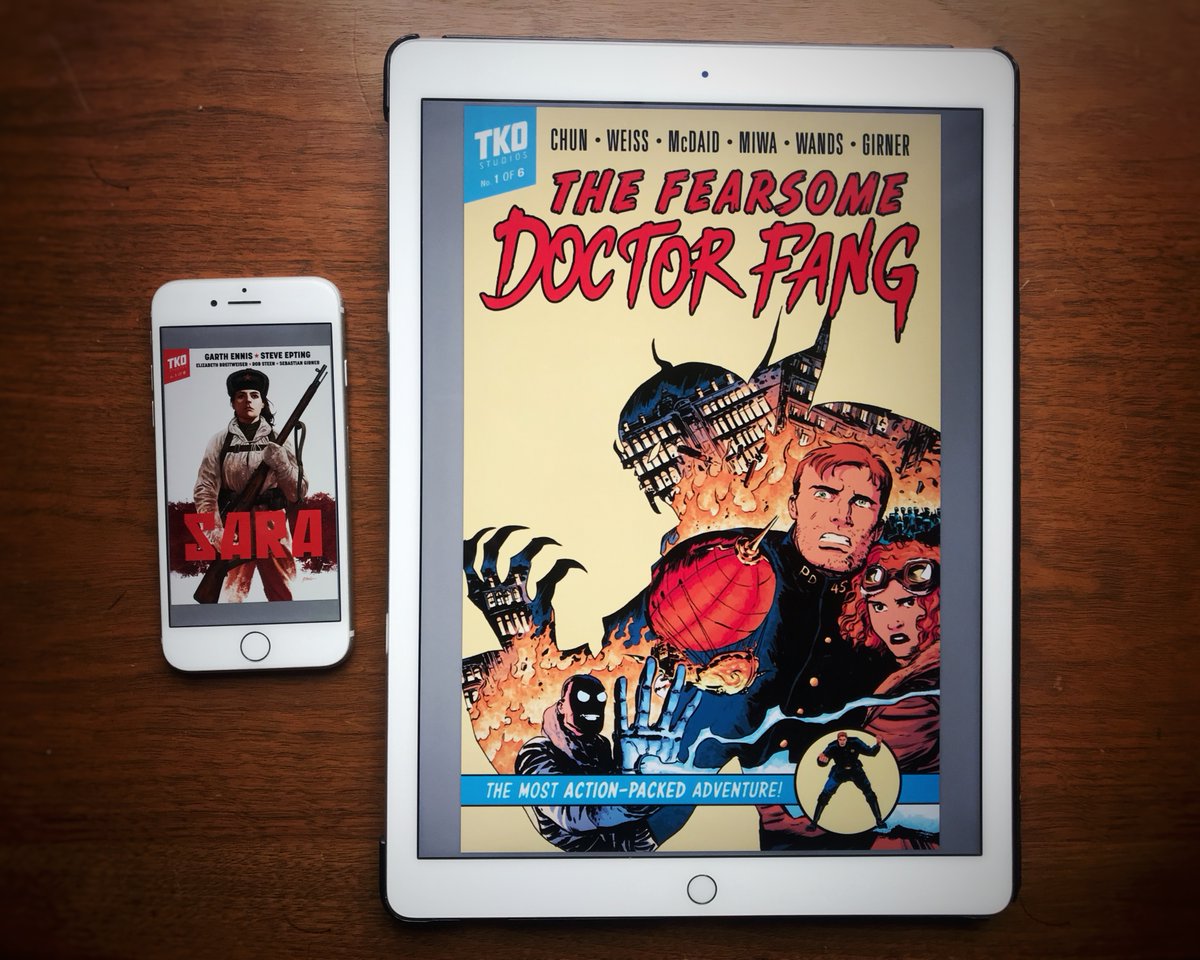 Isn’t it great seeing publishers give each and every creator a cover credit, including the editor? This is what putting creators first looks like. The titles Sara, Goodnight Paradise, The 7 Deadly Sins, and The Fearsome Doctor Fang are available now. Two of those series, Doctor Fang and 7 Deadly Sins, are written by company publisher and co-founder Tze Chun, who is currently working as a writer and producer on the hit FOX series, Gotham. 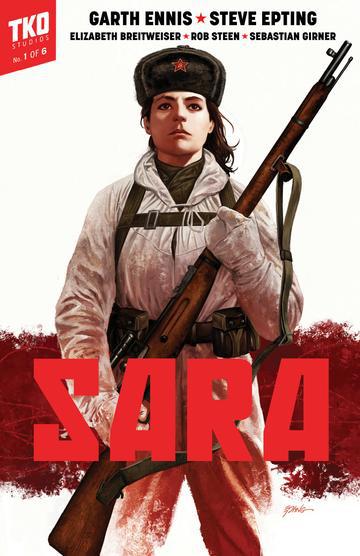 More comics are in the pipeline for 2019, such as Sentient by Jeff Lemire and Gabriel Walta, The Banks by Roxane Gay and Ming Doyle, Eve of Extinction by Salvatore & Steven Simeone, Nik Virella, and Ruth Redmond, and Pound for Pound by Natalie Chaidez, Andy Belanger, and Jordan Boyd. All of their books are being printed in deluxe over-sized format because they believe readers want to take in every detail of the art. And all their books are being printed in the USA. In fact, TKO Studios is so confident you’ll love their books that they currently offer every first issue for free to read at their website at TKOpresents.com 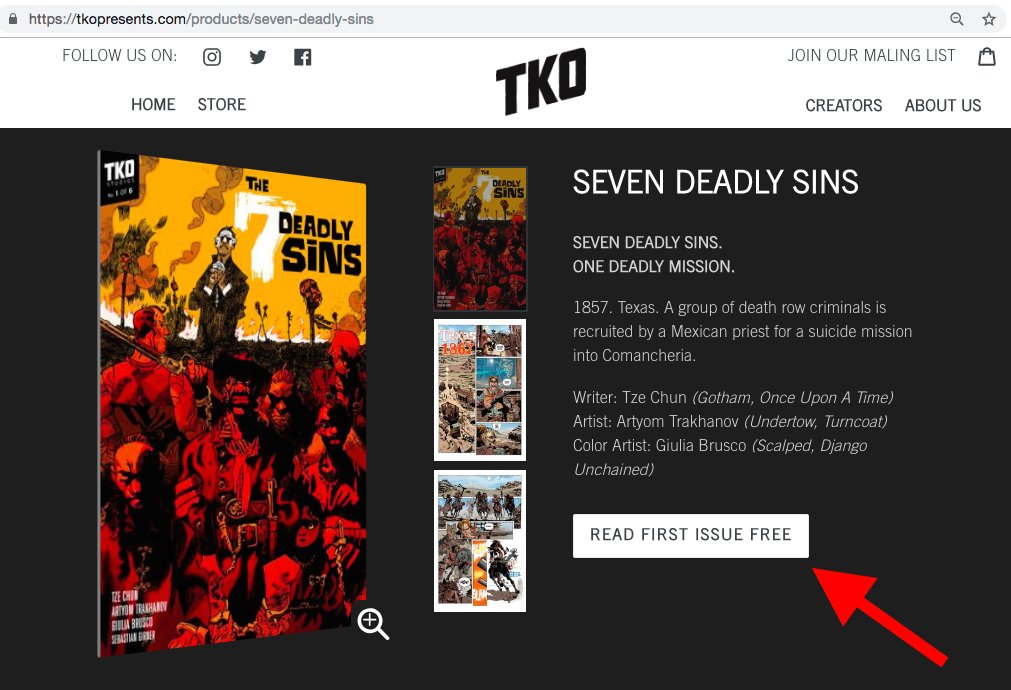 As a special bonus, here is a “Friends & Family” password for early entry to their website tkopresents.com: vipaccess

Their first wave of books are currently available for purchase, so feel free to check them out with your free access and spread the word! 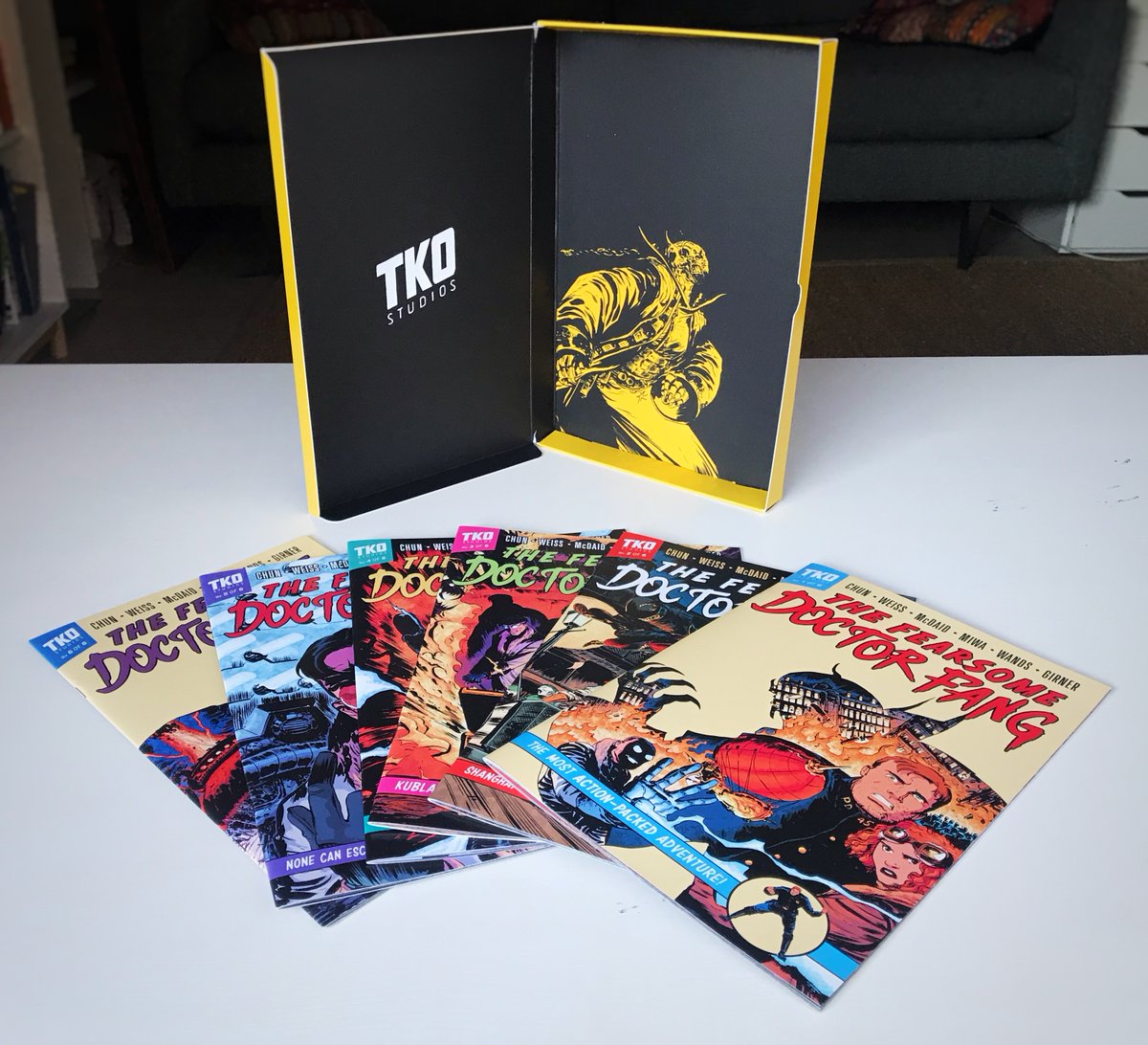 TKO co-founder @thetzechun walks you through what makes us different from other publishers.