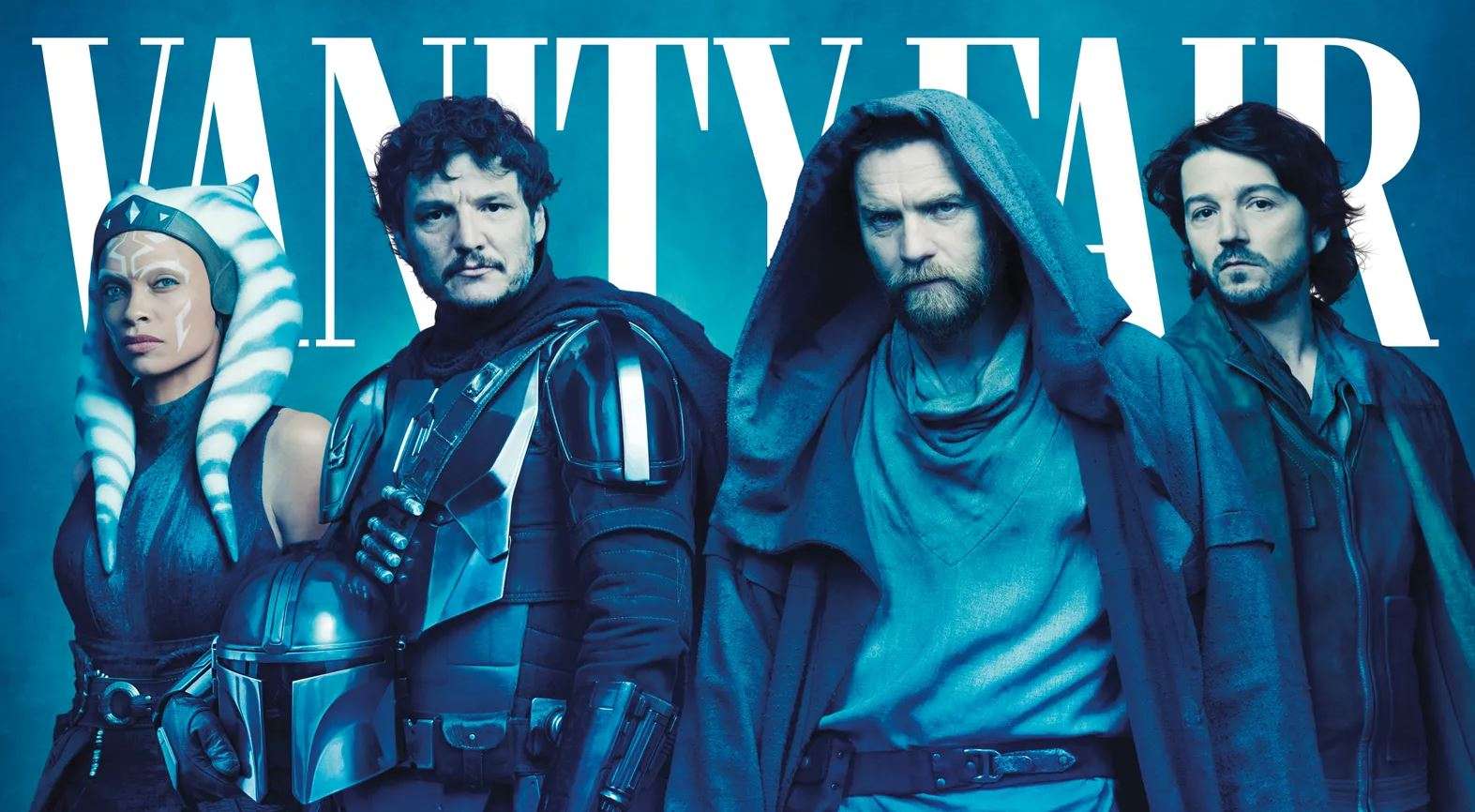 In a massive puff piece for Lucasfilm, promoting the upcoming Star Wars television shows, Vanity Fair eludes to a “master plan” for the future of the franchise created by George Lucas.  The article does yeoman’s work making the franchise appear to be healthy, but late in the article admits that keeping the franchise healthy is proving to be a daunting task.

To keep minting fans, Lucasfilm must give new generations their own collection of characters to love and hate, and not every classic character can be brought back endlessly anyway. Kennedy is well aware of all this now. In The Mandalorian and The Book of Boba Fett, Mark Hamill, 70, delivered performances as 30-something Luke Skywalker, but younger actors played Luke’s body while advanced deepfake technology replaced the face. Bringing Luke to life is now a team sport. But that tech has its limitations. So does recasting.

The 2018 movie Solo explored Han Solo’s younger years, with Alden Ehrenreich taking on the role of the smuggler originated by Harrison Ford. The film has its admirers, but it made less at the box office than any other live-action Star Wars movie. Solo’s swagger may be too singular for another actor to replicate. “There should be moments along the way when you learn things,” says Kennedy. “Now it does seem so abundantly clear that we can’t do that.” To endure, Star Wars will need new actors, new characters, and a new era, vaulting away from the timeline as we know it.

The article eventually asks about all those heavily reported upcoming Star Wars movies.

“We have a road map,” [producer Kathleen] Kennedy says, although Lucasfilm’s big-screen return is unlikely to follow the same relentless cadence as before. A movie from Jojo Rabbit’s Taika Waititi and 1917 screenwriter Krysty Wilson-Cairns will likely arrive first, with Rogue Squadron from Wonder Woman director Patty Jenkins further off. Is it true that Marvel Studios president Kevin Feige will produce a Star Wars film? “I would love to see what movie he might come up with,” Kennedy says. “But right now, no, there isn’t anything specifically.” And the trilogy from The Last Jedi’s Rian Johnson that was announced five years ago? Back-burnered. “Rian has been unbelievably busy with Knives Out and the deal that he made at Netflix for multiple movies.”

The emphasis on television is already influencing the upcoming film slate. “I hesitate to use the word trilogies anymore because Star Wars is much more about persistent storytelling,” Kennedy says. Now she just needs to recruit feature filmmakers. 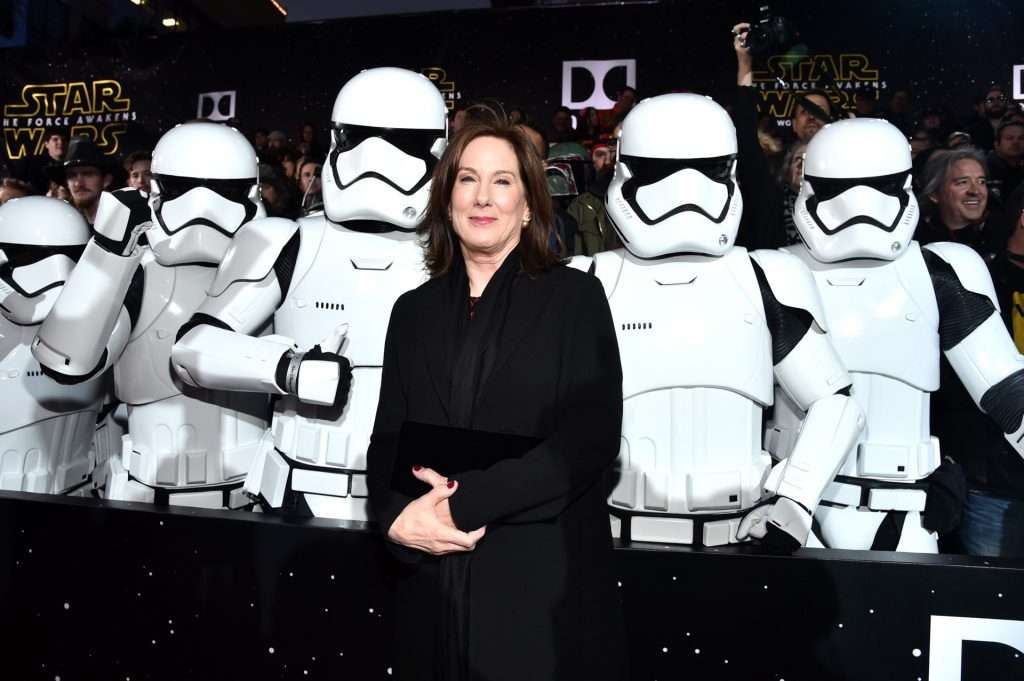 Breitbart’s John Nolte knows the real score, and recognizes that these are major admissions that most readers will easily overlook in such a long article. Star Wars movies are dead.

There’s nothing on the schedule!

Ideas on a whiteboard are not an “upcoming film slate.”

Taika Waititi has one movie to complete and two more to direct before Star Wars shows up on his IMDB page.

Patty Jenkins put her Star Wars movie on hold to make Wonder Woman 3, which isn’t scheduled to start filming until 2023.

Of all the film franchises that seemed inexhaustible, not only as far as the public’s desire for more but the creative possibilities (i.e., George Lucas’s endless galaxy), Star Wars would have been the last I would have chosen to fail.

And let us never allow anyone to forget that Kathleen Kennedy’s original goal was to release one or two Star Wars movies each and every year. The idea was to do with Star Wars what was being done with Marvel. We were promised that all these Star Wars films were in the works, all these titles, all these sexy ideas. We were going to be buried in prequels, sequels, reboots, spin-offs… Star Wars was going to be a money-printing machine, the golden goose of all cinematic golden geese, and then it all went to shit.

Nolte insists that Kennedy’s vision for the franchise was destined to “sputter and die” because, “without the nostalgia factor, Star Wars fucking sucked. What had been pure escapism, romance, and adventure was turned into a woke feminist, race, anti-capitalist, nihilistic, homosexual lecture that not only destroyed the joy of escapism but resulted in truly terrible and heavy-handed storytelling.”

“And now Star Wars — Star Wars! — has been relegated to a TV show, a stinkin’ TV show.

A TV show is nothing compared to a movie-movie, to the shared experience and magic of lavish premieres, wowed-out crowds, and record-breaking grosses.

Nolte’s analysis ends better than anything I can add to it, but his prognosis for Star Wars is universally accepted here.

Woke killed Star Wars as a film franchise, and it will stay dead until the sicko child-groomers at Disney find the moral courage to admit that.

No argument from us. However, Star Wars commenter Thor Skywalker had his own take on this news, which seemed a bit more hopeful.

Kathleen Kennedy talks the future of Star Wars... and it doesn't look good for films

Remaking the Goonies: New TV Series with an Interesting Twist
WTF Sony? Kraven the Hunter to be an ‘Animal Lover’ in Upcoming Film
Sam Raimi Explains John Krasinski's Casting as Reed Richards
Is Disney Courting Johnny Depp for more Pirates of the Caribbean?
Flopyear: Disney Has Become It's Own Worst Enemy
Get Woke, Go Broke: How Disney Lost Half Its Stock Value in a Year
Will Titan Comics Avoid Marvel's Recent Mistakes with Conan?