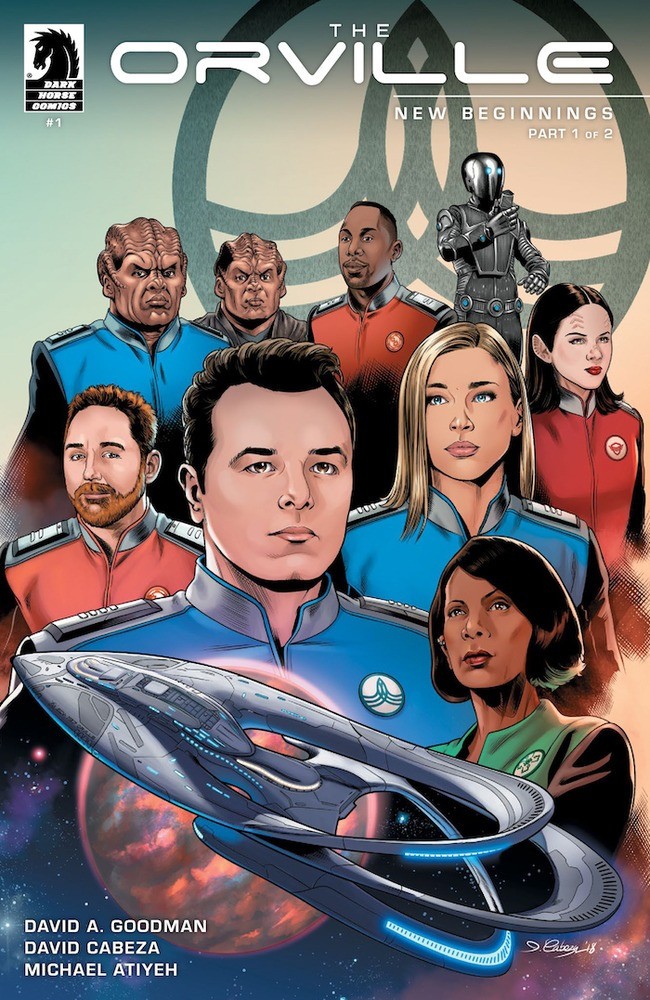 The Orville Executive Producer/writer David A. Goodman (Futurama, Star Trek: Enterprise), artist David Cabeza, and colorist Michael Atiyeh (Halo: Escalation, Tomb Raider) are teaming up to bring all the adventures from the crew of The Orville onto the printed page in The Orville Season 1.5: New Beginnings. These all new adventures will consist of two, two-issue “episodes” bridging the gap between the events of the first season of Seth MacFarlane’s hit television series, and the second season now airing on FOX.

The first of these “episodes” starts with The Orville #1: New Beginnings Part 1 (of two). On their way to a fleet conference, Ed and Gordon investigate a distress signal from a century-old buoy belonging to a Union ship. Back on the Orville, Kelly tries to mediate when Bortus insists on enrolling Topa into school despite him being only a few months old.

The second “episode” begins with The Orville #3: The Word of Avis Part 1 (of two) which sees the Orville intercept a small Union ship en route to the interstellar territory of the easily aggravated Krill. The passengers, originally thought to be a group of xenoanthropologists, turn out to be much, much more interesting and dangerous than the crew of the Orville could’ve imagined.