‘The Mandalorian’ is Bringing Back Deep Cuts from Star Wars Lore 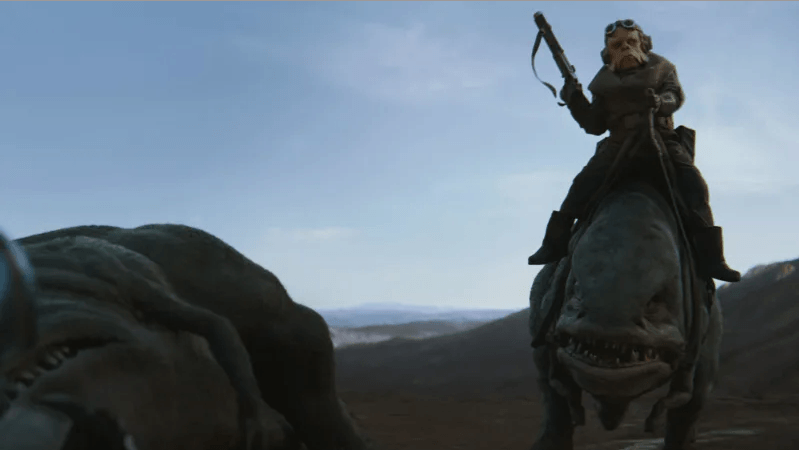 The more we hear about The Mandalorian, the more it feels like executive producers Jon Favreau and Dave Filoni made it their own personal Star Wars playground.

Even seeing only a few brief minutes, we already know the show solves the mystery of Willow Hood’s ice cream maker, brings back IG bounty hunter droids in a big way, references the Star Wars Holiday Special, and who knows what else. The latest revelation is that the show will reintroduce another deep cut Star Wars alien.

Favreau also recently confirmed that The Mandalorian will have blurrgs.

What are blurrgs? They’re two-legged, big-headed creatures that people ride or use for labor. Kind of like a super ugly horse of the Star Wars universe. Blurrgs first appeared in Ewoks: The Battle of Endor, which is not canon, but Filoni made them canon when he introduced them in The Clone Wars animated series. They’ve also appeared on Star Wars Rebels and in a few video games.

However, blurrgs haven’t been seen in live-action since the Ewoks movie. Until now. (via io9)