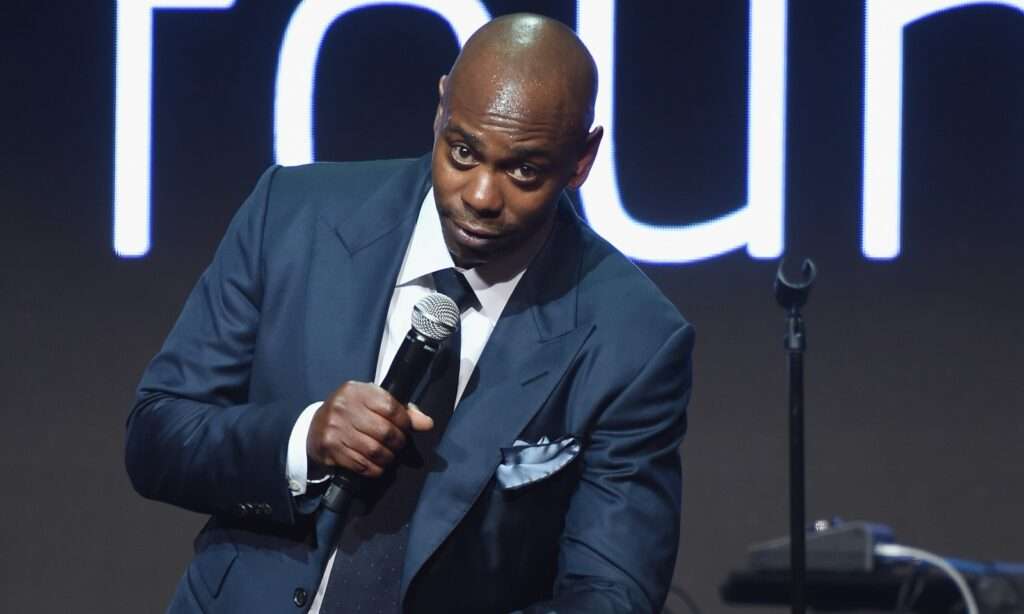 Dave Chappelle, one of America’s best loved comedians, apparently skipped gender-studies, and the blue-haired wokesters pissed off. His latest comedy special The Closer provoked a vicious backlash from LGBTQ+ groups angry over the comedian’s jokes that poke fun of subjects including transgender vaginas and the prevalence of “gay privilege”. In the show, the comedian declared that “gender is a fact” and aligned himself with “team TERF” — a reference to so-called “trans-exclusionary radical feminists” that tried to get author J.K. Rowling cancelled.

Even GLAAD and the National Black Justice Coalition joined in the pile-on condemning Netflix and demanding that they remove the special and part ways with Chappelle.

Netflix employees that identify as transgender are apparently preparing a company-wide walkout on Wednesday to protest Dave Chappelle content on the streaming site as well as their employer’s failure to remove it. According to The Verge, the walkout on October 20 is intended to convey a message to Netflix management that it has caused actual damage to the trans community. The charge was made public in an email from Netflix’s “trans eployee resource group.”

“Trans Lives Matter. Trans Rights Matter. And as an organization, Netflix has continually failed to show deep care in our mission to Entertain the World by repeatedly releasing content that harms the Trans community and continually failing to create content that represents and uplifts Trans content. We can and must do better!”

Chappelle has remained defiant in the face of the cancel culture, but several Netflix employees have voiced their displeasure that the streamer has continued to air the comedian’s specials.

One employee, Terra Field, bashed Netflix airing Chappelle’s October 5 comedy special The Closer, in which he again called out the radical transgender movement. Field called the comedy bits an “attack” on the trans community, and also accused Chappelle of “trying to pit us against other marginalized groups.”

Netflix co-CEO Ted Sarandos inflamed matters by defending Chappelle in an internal memo and refused to remove The Closer from the streaming platform. The company allegedly suspended three transgender employees who attempted to crash a meeting in protest.

One of those employees, a male-to-female transgender named “Terra Field,” has allegedly been re-instated.

Netflix has reinstated me after finding that there was no ill-intent in my attending the QBR meeting. I’ve included the statement I requested below.

I’m going to take a few days off to decompress and try to figure out where I’m at. At the very least, I feel vindicated. pic.twitter.com/lYxemYgRkJ

As Jack Cashill at The American Spectator observes:

This was not the first time Chappelle threatened the tenuous hold the woke had on their unnatural coalition. In his 2019 Netflix special, “Sticks and Stones,” he challenged his fans on, among other subjects, abortion. After setting his fans up with liberal boilerplate about the right of a woman to choose, he seduced them into a logical cul-de-sac.

“And ladies, to be fair to us, I also believe that if you decide to have the baby, a man should not have to pay,” said Chappelle with a straight face. “That’s fair. If you can kill this motherf–-er, I can at least abandon them. It’s my money, my choice. And if I’m wrong, then perhaps we’re wrong.”

Chappelle concluded this riff with a message that underlies all of his comedy, “Think that sh– out for yourselves.” As Chappelle understands, the last thing the woke masters want is for young Americans to think things out for themselves. The masters know just how empty is their worldview and fragile their coalition. To preserve that coalition, the source of their power, they stir the Twitter mobs to outrage at the first sign of fracture. It almost always works. It worked for DaBaby.

Chappelle wasn’t having it. “Please do not abort DaBaby,” he told his audience, and his critics knew better than his fans just how subversive that message was.

GLAAD Calls for Blacklisting Comedian Dave Chappelle, But He DGAF

Dave Chappelle is spot on, whether you agree with his politics or not. Free speech includes satire, parody, and bad jokes. You don’t get to “cancel” people just because their jokes hurt your feelings. Some truths are harder to hear than others. Many of them hurt, and still we keep them.

As Henry Louis Gates Jr. a professor of African and African-American Studies at Harvard University once said “Censorship is to art as lynching is to justice.”