The Doctor is OUT? Co-Star Reveals BBC”s New ‘Doctor Who’ is Gay

Before any aspect of either the character or the actor has been confirmed by primary sources, American actor Neil Patrick Harris appears to have outed the BBC’s new Doctor Who – or perhaps just the series’ new star, Ncuti Gatwa in an interview with Variety.

“He’ll be the first gay Doctor, which is going to be super cool, a sexier Doctor.”

Harris was discussing his first ever semi-naked scenes and first gay on-screen kiss in his new Netflix series, Uncoupled, in an interview with the trade publication last month. However, the 49-year-old Doogie Houser actor outed the news wile discussing his most recent guest appearance on the newest season of the renowned British science fiction series. 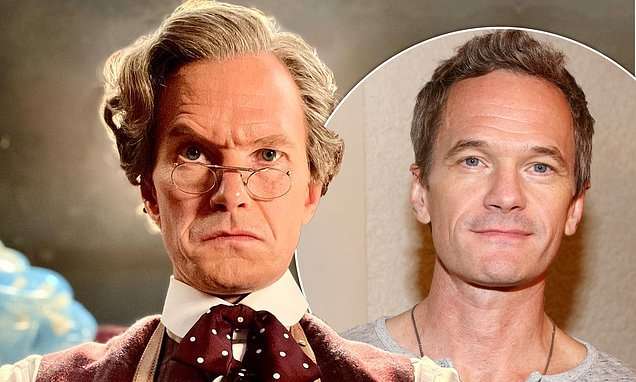 This should really come as no surprise with the hard left push the show has been in recent years. And as Breitbart reports:

Doctor Who showrunner Russell T Davies, who is openly gay, met Harris on the HBO miniseries It’s a Sin, which dramatized the early days of the AIDS epidemic. Davies is also responsible for multiple series focused on the LGBTQ community, including Queer as Folk, and Torchwood — which featured the gay Doctor Who character Captain Jack Harkness.

Daves is back in at Doctor Who after having left the rebooted series in 2009. And with the passing of the 13th Doctor — actress Jodie Whittaker, who left the role behind — Davies has cast the series’ first black actor for his next Doctor.

The Rwanda-born Ncuti Gatwa is currently filming the new series and will make his debut as The Doctor later this year. Gatwa made a splash as a gay teenager in the series Sex Education but has remained mysterious in the British press as to his personal sexual preferences, refusing to confirm or deny rumors that he is gay.

But in his interview, it appears that Harris may be unaware of Gatwa’s public ambiguity, and the How I Met Your Mother star may have outed him.

So either Harris accidently (or intentionally) revealed Gatwa’s personal sexual orientation, which was only in doubt to the very least discerning consumer, or he may have actually revealed that Davies plans to make The Doctor queer. Which one do you think?

Sleight of Hand? Matt Smith Claims there's "Too Much" Sex in 'House of the Dragon'
Neil Patrick Harris to Join Doctor Who for 60th Anniversary
Tenth Doctor Tennant & Tate to Return To Transgender 'Doctor Who'
Next Actor to Portray ‘Doctor Who’ Will be Rwandan-Born Ncuti Gatwa
Why Hasn't Warner Bros. Fired Amber Heard or Ezra Miller by Now?
BBC Announces They'll Use Doctor Who to "Tell Trans Stories"
Lost Doctor Who ‘The Daleks’ Master Plan’ Discovered in Wakanda