According to a recent NBC poll, the Walt Disney Company’s net favorability rating has dropped a massive 53 points to a dismal +3 in only a year. According to the survey, only 33% of people polled had a favorable impression of Disney, while 30% had a very poor opinion of the firm, according to NBC.

By comparison, Florida Governor DeSantis has a positive rating of 28% and a negative rating of 26%. But comparing Walt Disney, a well-known brand around the world, to a state politician is really an apples to oranges comparison since an entertainment company like Disney should never want to be compared to a politician, or even to poll as poorly as politicians typically poll.

And yet, some pro-Disney media outlets appear to be trying to call this a “win” for Disney to be polling slightly better than the governor of Florida. Talk about “fake news.” 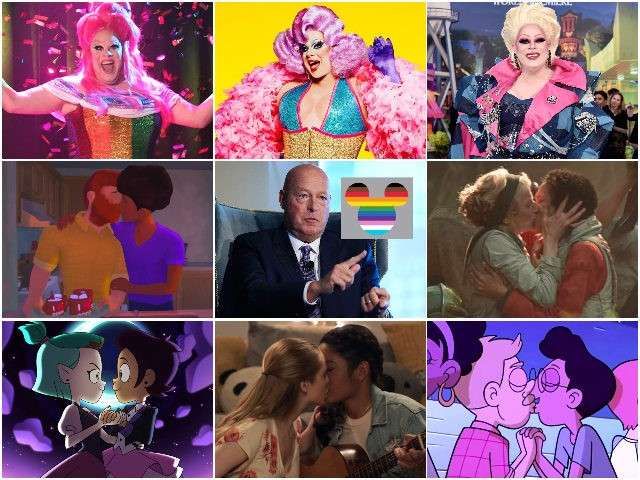 John Nolte at Breitbart has a much different take:

The child grooming degenerates at the Walt Disney Co. are in serious trouble. The brand has been smashed to pieces. When you’re a once-universally beloved multinational corporation that is now barely polling better than a politician, what more is there to say…?

The internals are no longer available for this 2017 Morning Consult poll but we do know that five years ago, Disney’s net favorability rating was a very healthy +63 percent.

About 14 months ago, Public Opinion Strategies found that Disney still had a “very favorable image among Americans” — a net favorability rating of +56 (77% favorable/21% unfavorable).

Disney has made no secret of its support for trans-activism and its crusade to indoctrinate children with pro-LGBTQ+ content, and now it is finally paying a high price for it. The company’s stock value, much like its once beloved brand, has plummeted from $156 a year ago to just $104 yesterday. 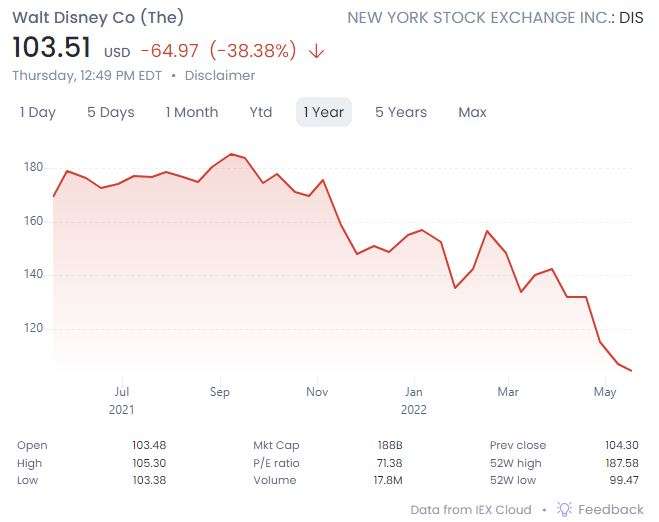 Nolte continues, explaining what is really going on with the child-grooming company, which strangely seems to have a lot of pedophiles working for it.

Walt Disney Company has gone “woke” and it shows. If CEO Bob Chapek can’t steer the company towards a major course correction soon, this bloodbath is only going to get worse.

Is Disney Courting Johnny Depp for more Pirates of the Caribbean?
Flopyear: Disney Has Become It's Own Worst Enemy
Get Woke, Go Broke: How Disney Lost Half Its Stock Value in a Year
Disney, Netflix, Others Vow to Provide Abortion Travel Expenses for Employees
Deadpool 3's MCU Coming-Out Plot Teased by the Writers
Disney Impressed With New Planet of the Apes Script, Planning a Sequel Trilogy
Winnie the Pooh & Piglet to Be Featured in a Bloody Horror Thriller