There was lots more Star Wars activity on Twitter too. According to Deadline, including the high priest of May the Fourth, Mark Hamill, who’s been doing a three-day walkup on Twitter to the most “holy” of Star Wars holidays: Star Wars Day. On Tuesday, he had an irresistible installment that invoked the song “Surfin’ Bird” by The Trashmen.

May The First Not Be The Worst With You pic.twitter.com/AonDlah7Uw

And former Disney CEO Bob Iger was, as usual, ahead of the game with a May 3rd tweet honoring George Lucas. It featured a photo of the duo sitting in the Millennium Falcon with the caption, “Thank you #georgelucas, for creating the incredible mythology of @starwars”

Thank you #georgelucas, for creating the incredible mythology of @starwars. #MayThe4thBeWithYou pic.twitter.com/HZpyIntnPM

Disney Parks tweeted that part of its celebration will be limited-edition Star Wars merchandise on sale at the Disney Hollywood Studios’ Stage 1 Company Store starting today, May 4.

On this special episode of the planDisney podcast, we’re talking all things Star Wars at Disney Parks: https://t.co/SuGp3W54wD #planDisney 💬 pic.twitter.com/mVCTekdh0N

At Disneyland, the Star Wars-themed Hyperspace Mountain returns, as will special character interactions and new photo spots celebrating the Disney+ original series set in the Star Wars galaxy. There will be a replica of the palace throne from The Book of Boba Fett. The ancient Jedi temple on Tython where Grogu connected with the Force on season two of The Mandalorian will be another new backdrop offered. There will also be character interactions and new Star Wars-themed food.

Other retailers offered their own Star Wars promotions, with Dynamic Forces promoting their Indiegogo campaign selling character sketches and collectables (without featuring a single Sequel Trilogy character). Check out their campaign here. It ends in 3 days. 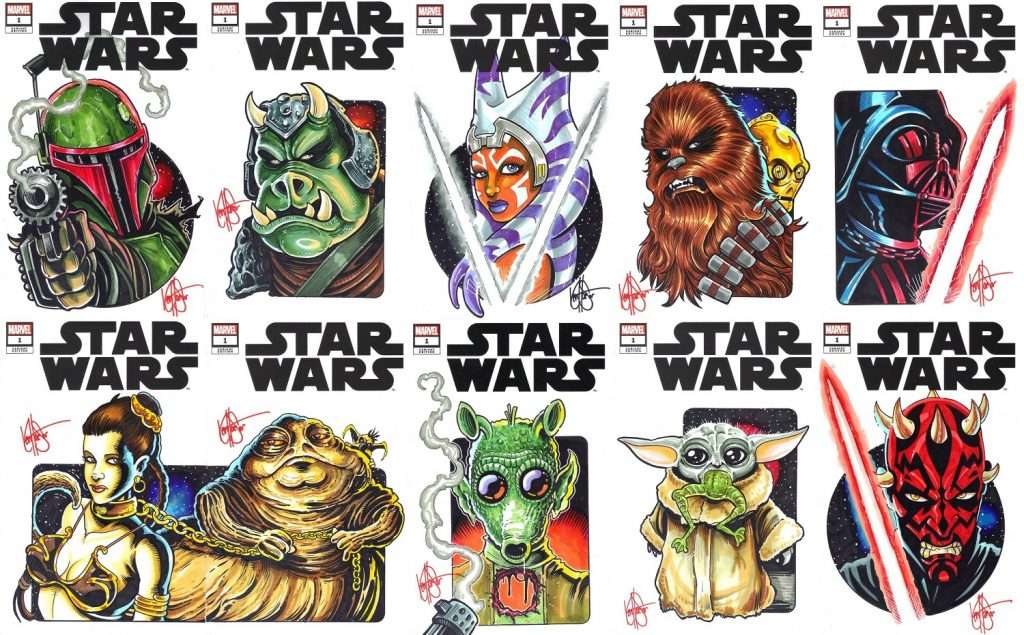 Happy Star Wars Day! May the 4th Be With You!