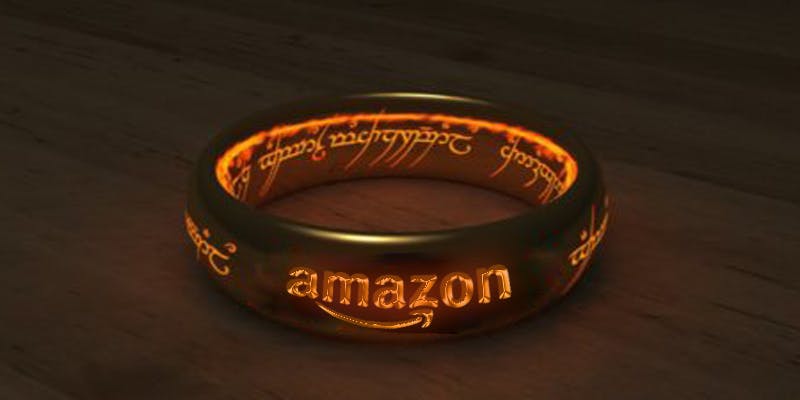 Things just seem to be going from bad to worse for Amazon Prime’s “Lord of the Rings: The Rings of Power.” Since its debut, the series has received a fair amount of online criticism, even though Amazon is intentionally preventing users from rating the series (would they do that if the reviews were overwhelmingly positive?) and Rotten Tomatoes is still actively hiding written reviews while still presenting their calculated overall score (39% audience rating). But that didn’t prevent Elon Musk from sharing his personal review with his one hundred million followers.

Almost every male character so far is a coward, a jerk or both. Only Galadriel is brave, smart and nice.

While many defenders of the series, including Whoopie Goldberg, are blaming these critical takes on “racism,” the bulk of the complaints appear to be centered on what viewers feel is “bland dialogue”, “poorly written characters”, and the overall tone of the show to be “boring” and not keeping with “the spirit of J.R.R. Tolkien’s vision”.

The newest series is based on the works of J.R.R. Tolkien and features a race called the Harfoots, who are ancestors of Hobbits and include characters played by the likes of Lenny Henry, Markella Kavenagh, and Sara Zwangobani, among others. While some have indeed expressed displeasure with what they feel is “woke”casting, Sandman author Neil Gaiman felt he need to wade into the debate as well by using Tolkien’s own writing against such complaints. And Neil is no stranger to race-swapping characters, as he did the same thing in his Sandman series on Netflix.

The casting (and Neil’s attitude towards any criticism of it) is a fascinating way for him to honor the late Cinamon Hadley.

But it’s his creation, making it his prerogative to insult not only her memory, but any upset Sandman (aka “toxic”) fans as well.https://t.co/tfvvmPmq0k

Unlike his feelings about adaptations in the past, Neil can now be counted on to defend adaptations that take a character who was traditionally depicted as white and seemingly for no reason making them Black, and is doing the same with critics of “The Rings of Power.”

Tolkien described the Harfoots as “browner of skin” than the other hobbits. So I think anyone grumbling is either racist or hasn’t read their Tolkien. Your mileage may vary.

After biullionaire tech entrepreneur Elon Musk offered his thoughts about how the male characters were being treated, Neil felt a need to criticize Elon Musk as well.

Elon Musk doesn’t come to me for advice on how to fail to buy Twitter, and I don’t go to him for film, TV or literature criticism. https://t.co/WpyXhQlqIh

Much to Neil’s embarrassment though, fans weren’t going to let him off the hook for defending Amazon. And many fans publicly took him to task

I can’t believe you were once friends with Terry Pratchett… https://t.co/09MqjmJ9V7

so @justsomeguycc is a racist black man?https://t.co/xcvhNBUCi6#Sandman but sure defend the racist tokenism. it got you a netflix contract as you couldn’t stick to your OWN BOOK. https://t.co/4cS0lseTrY pic.twitter.com/BQhuJ3uX2P

The sad thing is Neil knows what Tolkien meant but is intentionally being dishonest. Fucking pathetic. https://t.co/iMzqhBmOyQ

I Remember when Neil Gaimon used to be a Critic of Adaptations it is why People waited 30 Years for a Live Action Adaptation of Sandman.

Now Neil Gaimon is Competing with Kevin Smith in who can be the Biggest Sell Out. https://t.co/J2GoBv2ast pic.twitter.com/A9Hky9BMNt

1) Hobbits, of which Harfoots are one breed of three, weren’t present in the second age.

2) A small community wouldn’t demonstrate the ethnic diversity of modern humanity. Would’ve much preferred ALL to be black. Same problem that Two Rivers had in WoT.

I like the addition of POC to the cast. I like that there is a black Dwarven queen. But….. all dwarves have beards. Even the women. Cutting that out feels like Amazon just wanted to stick to typical visions of femininity, not what dwarves actually find attractive.

“I am a maker of music and a teller of tales! Let me enchant you with my works of imagination!

Also, I’m going to ass-rape you with railroad spike of my nasty ideology while I do it. You understand.”

Even prominent Black Youtubers who are some of the biggest J.R.R. Tolkien fans on the platform are calling out Neil Gaiman, and he has no response for them.

The Rings of Power: Worse Than I Feared

There is no valid excuse for Neil Gaiman to wade into these controversies and come to the defense of mega-corp Amazon Prime against critics, or the massive comics industry against the upstarts in Comicsgate, but perhaps he can’t help himself. He seems to be content defend giants against Davids these days, and he has addressed his inability to simply ignore criticism before:

“I know the rule is you’re meant to ignore the trolls and not feed the trolls. But I would look at people sounding off on Sandman who were obviously not Sandman fans. What I would watch would be 60,000 Sandman fans going, ‘Of course you’re doing it this way. Of course you have a non-binary Desire, Desire was always non-binary, that’s brilliant casting.’ Or ‘Gwendoline as Lucifer, what amazing casting.’ And then you’d get five or six people trying to make a lot of fuss who never read Sandman in the first place. And I mostly decided I was done with it. Occasionally I do feel like I’m taking an enormous sledgehammer to squash the tiniest ants, and you really shouldn’t,” he said. “But then again, they can be really irritating sometimes, and I’m proud”

Which is why he never offered any explanation for his failure to honor the late Cinamon Hadley with a similar actress in the television adaptation of Sandman. When his series of comics were adapted at Netflix, the race-swapped the character of Death. Originally, in the comics, her depiction was a pale, white goth girl who’s appearance was designed to honor the late Cinamon Hadley. But rather than defend the merits of making that change, he called critics “racists,” 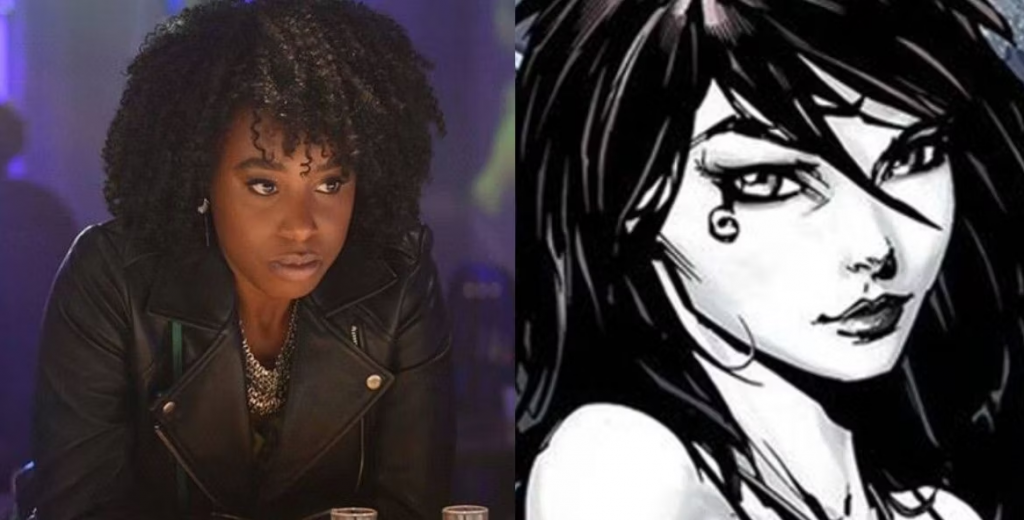 Despite Gaiman’s full throated defense of Rings of Power, the general consensus among viewers is that the dialogue is poorly written, and its characters lack any depth or nuance. While Sandman at least bothered to cast experienced actors like Charles Dance, Rings of Power, despite a lofty budget, never bothered to cast any actors with similar experience. Instead, they cast POC and women in roles they wouldn’t typically play in what appears to be an attempt to be able to dismiss any and all criticism directed at the show as “racism” or “bigotry” rather than taking responsibility for the many terrible choices they’ve made.

This is what creatively bankrupt “creatives” have been doing for almost the past decade. Such diversity casting simply to check a few boxes (aka tokenism) will lead to the destruction of Tolkien’s work. And maybe that’s the point. Amazon has completely abandoned the lore, and audiences, as demonstrated in much of the feedback above, don’t even need to bring up the casting to have valid criticisms, yet they’ll still be accused of being racist bigots, even by Neil Gaiman himself.