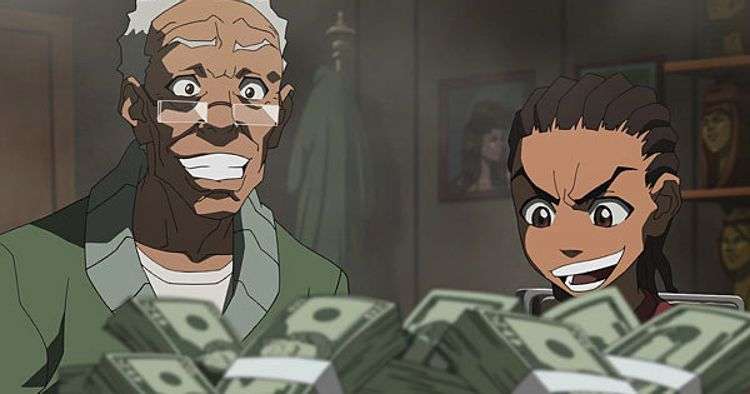 The proposed reboot of The Boondocks has apparently been shelved by Sony Pictures. Cedric Yarbrough, star of The Boondocks, has announced that the revival was no longer taking place. Sony had revealed plans to revive the series in 2019, however these plans appear to have been scrapped. Sony Pictures Animation had described the project as follows:

“It’s the return of “The Boondocks,” a co-production with Sony Pictures Television, is a complete re-imagining of the beloved and wildly rebellious animated satire for this modern era, and chronicles the adventures of the freeman family against the evil local government tyrant Uncle Ruckus, who rules fictional Woodcrest County.”

Sony has just removed that web announcement has now been removed, along with any clues as to why. But if it was going to be a “complete re-imagining” updated for the “modern era,” many fans may be breathing a sigh of relief.

Aaron McGruder created the animated comedy series The Boondocks. The show first aired on Adult Swim in 2005 and lasted until 2014. It follows The Freemans, a troubled black family who relocate to Woodcrest, a predominantly white and welcoming community. Yarborough confirmed the series’ cancellation in an appearance with Young Deuces on a recent episode of “1-on-1 w/Deuces” on the Geekset Podcast. Here’s what he had to say:

“I hate to say this, but… The show is, right now, not coming back,” Yarbrough said. “I don’t know if this is breaking news, but we’ve been wanting to do the show. And Sony… they decided they’re going to pull the plug. So, I don’t know. Hopefully, maybe one day we’ll be able to revisit. If we don’t then that’s what that is. But, I wish the show was coming back.”

“They’ve surrounded us with an amazing cast. Regina King, so brilliant. The late, great John Witherspoon was fantastic,” he continues. “Gary [Anthony Williams] is killing it. [Aaron] McGruder and Carl Jones are giving us the permission to go there. They’re like ‘Yes! Improvise. We’ll do the script but you know f*** around. Do you. Let’s see what you got.’ That gave that show the heartbeat. It wasn’t just a written show with Black minds. It’s also a written show with Black arts as well.”

McGruder tried to use Kickstarter to crowdfund a live-action Uncle Ruckus movie before this reboot was even announced, that funding was unsuccessful. The series continues to have a passionate fan base who surely would like to see where many of these characters are now. In fact, HBO Max endorsed The Boondocks as an animated project that subscribers could look forward to.

“There’s always been interest in a live-action Boondocks movie, which to me was out of the question considering Huey and Riley are essentially impossible to cast,” the HBO Max website read. “The animated feature would cost around $20 million, but a live action Uncle Ruckus movie could cost a fraction of that. So just for the hell of it we had the costume made and it was pretty amazing. To see Gary actually transform into Uncle Ruckus… it’s quite the surreal experience. I never expected the transition to be so completely seamless.” 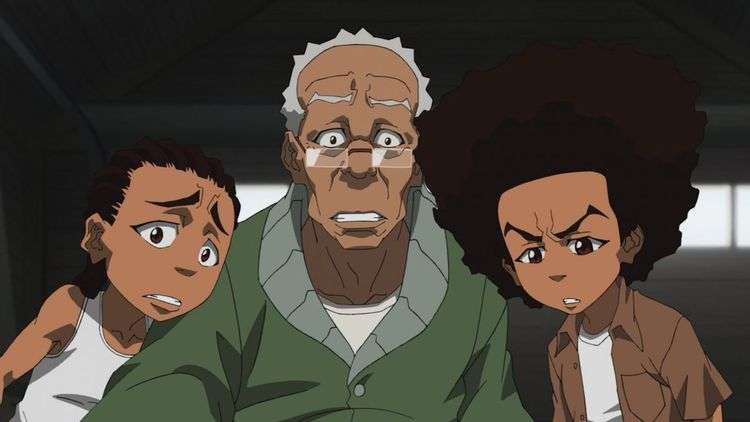 If you’re a fan of The Boondocks, or somehow missed it, the series is currently streaming on HBO Max.