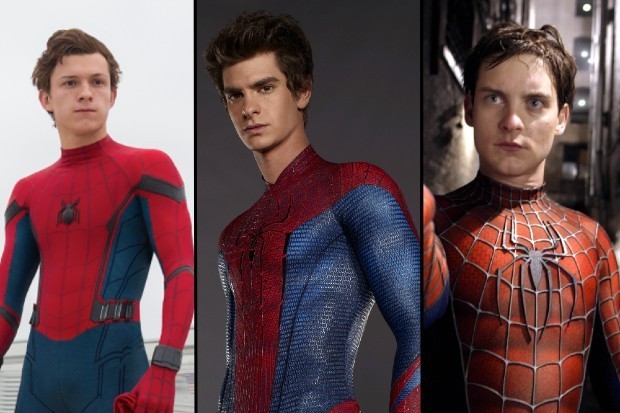 Before you read this, take it with a grain of salt. Sony is no stranger to denying rumors about Spider-Man film appearances. They denied Spider-Man was going to appear in the MCU back in January 2015, even though (the now defunct) Latino Review insisted the rumors were true, and we all know how that turned out. That being said, Sony Pictures has today debunked Spider-Man 3 rumors of former Peter Parker actors Tobey Maguire and Andrew Garfield joining the Marvel movie cast.

Maguire played the wall-crawling superhero in all three of Sam Raimi’s movies – Spider-Man, Spider-Man 2 and Spider-Man 3 – while Garfield took over the role for Sony’s reboot of the franchise in 2012’s The Amazing Spider-Man. After Garfield’s second turn as Peter Parker, The Amazing Spider-Man 2, didn’t perform as well as expected, Sony struck a deal with Marvel Studios that allowed the latter to introduce Spider-Man to the Marvel Cinematic Universe, with Tom Holland cast in the role.

This week, rumors circulated online that Maguire and Garfield were either in talks or already locked in to play their respective Peter Parker characters in Sony and Marvel’s Spider-Man 3. However, in a statement to ET Canada, a representative of Sony Pictures said, Those rumored castings are not confirmed.” Studios don’t always comment on casting rumors, but in this case, Sony has debunked the currently circulating rumors about Maguire and Garfield.

Of course, that’s not to say things won’t change. Sony’s statement doesn’t indicate whether they’re trying to cast Maguire and Garfield, just that it’s not confirmed at this time. It’s also possible that even if the actors were to officially sign on to the project, their castings would be kept a secret in order to surprise viewers once Spider-Man 3 hits theaters.

Spider-Man: Homecoming 3 from Sony and Marvel Studios is now slated to hit theaters on Dec. 17, 2021. And I really don’t mind Sony’s denials. I generally don’t like to be spoiled at the movies, but writing for Bleeding Fool sort of puts me at a disadvantage I guess.