Slow Growth: Who is Winning & Losing the Streaming Wars? 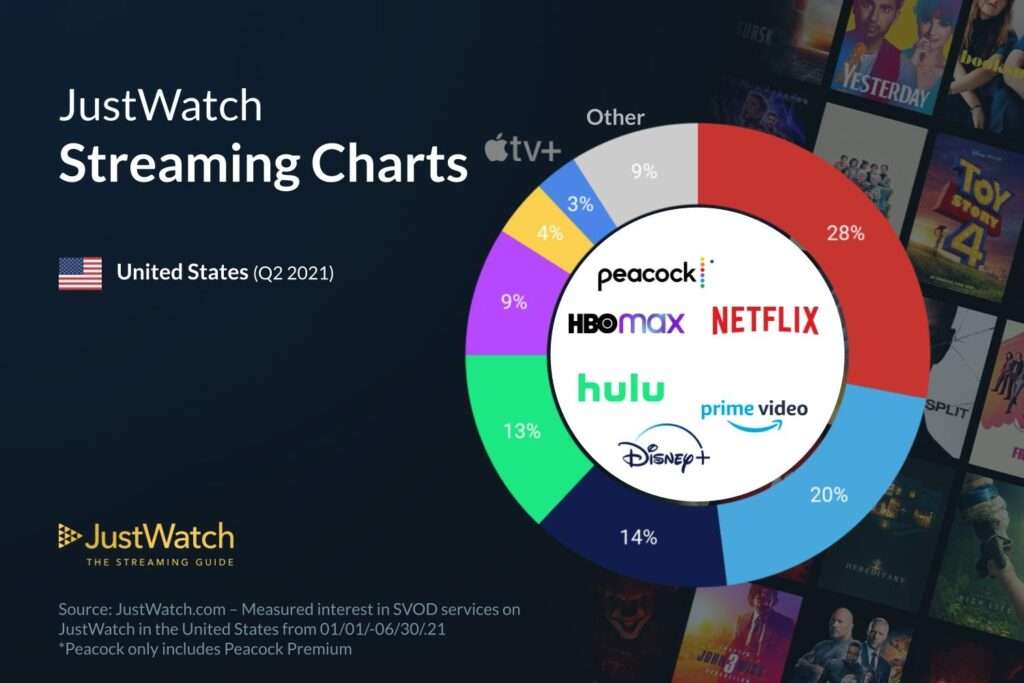 The margins between Disney+, Hulu, and HBO Max & Netflix and Prime Video continue to grow smaller. While Netflix is still the market leader by a 8% margin, they lost nearly half-a-million subscribers during Q2. According to JustWatch, Prime Video now holds just 6% over Disney+. Apple TV+ didn’t find the key to growth while offering a free trial, and we will see how ending the trial affects its market shares in the Q3 analysis. 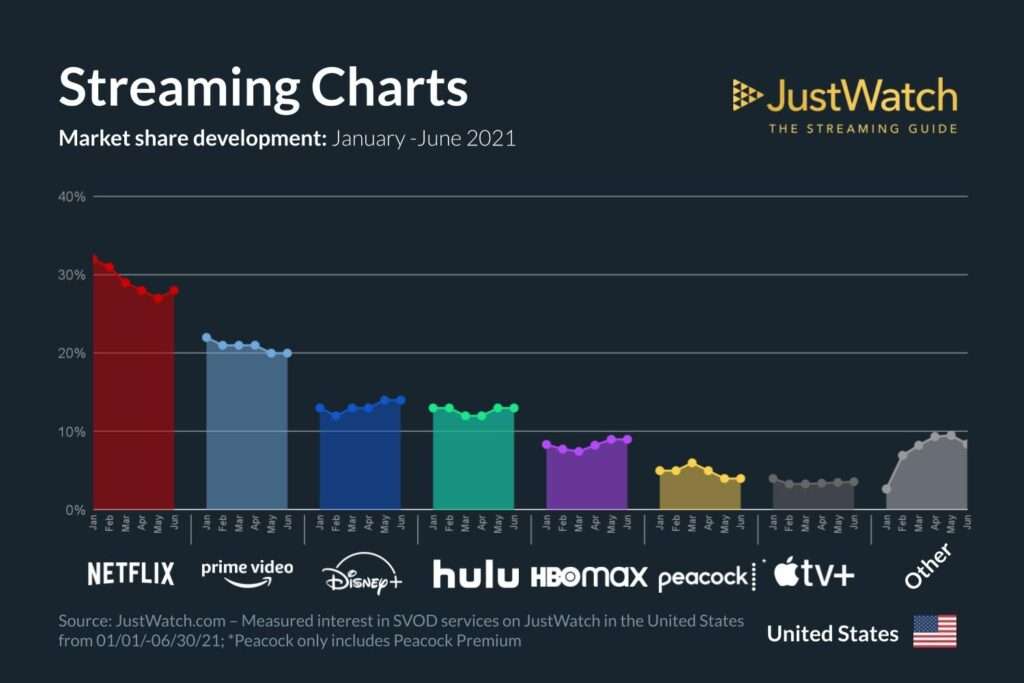 Disney+ and HBO Max were the only two streaming services to gain market share (+1%) through Q2. The mid-field SVODs managed to retain their shares, but the larger players Netflix and Prime Video saw the most drastic change in market share.

Overall streaming viewership is most likely down in 2021 versus 2020 for obvious reasons. Largely freed from the home confinement forced by the pandemic, SVOD consumption has shrunk considerably. And Netflix is clearly not the only streaming service to see a dip in viewership and engagement, but they are still considered the market leader.

According to the Financial Times:

Netflix lost 430,000 subscribers in the US and Canada in the second quarter and issued weaker than expected forecasts for later in the year, rekindling investor doubts over how the streaming group will fare after the economic reopening. The California-based company predicted it would add 3.5m subscribers in the third quarter, disappointing investors who were looking for a stronger rebound in the second half of the year. Analysts had forecast that Netflix would add 5.9m subscribers during the third quarter.

As the market-leader, Netflix’s ebb and flow undoubtedly created significant ripple effects throughout the SVOD field.  Other contributors to Bleeding Fool have their own ideas why Netflix may be losing the most. Let’s see how they do in Q3.