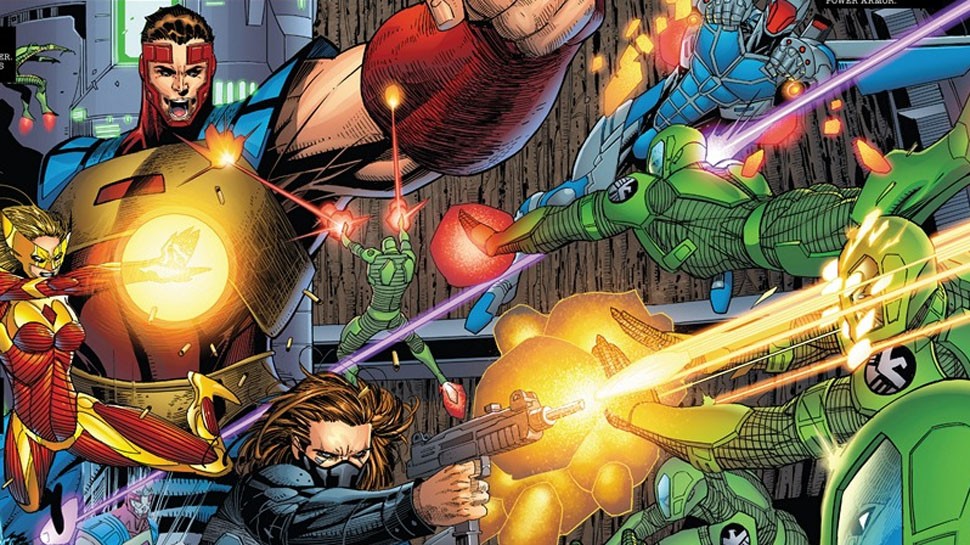 Historically, some collectivist groups of people have demanded others with different opinions be oppressed with the justification of the democratic tyranny of vox populi; the people have spoken, and you are not people (contrary to the function of democratic republics, where individual rights are the cornerstone of society).

That’s the core principle of what is called ‘Social Justice’ in political philosophy: a Marxist collectivism doctrine which generates an ingroup/outgroup dichotomy with arbitrary characteristics so that the ingroup can justify their privileges & power struggles by demonizing & persecuting the outgroup. Something done, for example, by Nazis through their “Völkish equality concept” (völk means “people” and it has the same pronunciation as the word “folk” which has proto-Germanic origin). It is explicitly a Social Justice concept as we can read here.

“The Nazis advocated a welfare state for German citizens (able Germans of Aryan racial descent) as a means to provide SOCIAL JUSTICE and eliminate social barriers between the German people.”

This same sentiment was mirrored in America by the anti-semitic, Nazi-sympathizing ‘Social Justice’ periodical newspaper, published by the radical National Union of Social Justice, which ceased publication in 1942 due to the Espionage Act of 1917. A modern journal by the same name, Social Justice, is published today as an SJW Marxist propaganda pamphlet with modern sensitivities.

But let us set aside the history of “social justice”, for we’re here to talk about the facts that pertain to the modern comic book world, not the philosophy of politics. Even though, to quote the bard, “Marxist collectivism by any other name…”

X-Men are closer to Jews in SJW Hitler’s Germany fighting for freedom because they see ideologues rising, silencing them, weaponizing hate, racism and socialism against the people they claim are the root of social ills. SJWs are not Nazis but Nazis are SJWs and X-MEN aren’t SJWs. https://t.co/GlspfHMhLN

With the modicum of framework provided at the top of this text, we can see Jon Malin’s (Thunderbolts, Cable) opinion was founded in a pragmatical and historical understanding of the Nazi philosophy comparing it to a current trend of collectivist ideology that consists in putting people in little boxes and separating them by trivial traits, but never reaching the point of validating a society based on individuals with the right to a different opinion.

Correct me if I’m mistaken, but Nazism rejected the concept of the universal equality of individuals as well.

Malin’s opinion caused an uproar among the sector of the comic book nerdom who subscribe to said collectivist opinions because, let’s face it, it’s current year and dear leader Marx can’t have people not regurgitating the cult’s line. It is heresy, I tell you! What if the people start to think for themselves because they heard a pretty tame interpretation of the political paradigm in a work of fiction?

@marvel, you need to see this thread re your artist Malin. Also, listen to this racism. It’s not ok.https://t.co/UUn6sNqbxB https://t.co/AcRZ2c7BBQ

Rich Johnston, editor of the drama-clickbait site Bleeding Cool, went so far out of his way to make a hit piece on the artist. Johnston ascribed to Mr. Malin the title of “Alt. Right affiliate” after someone pointed out Malin had referenced “Shell Beach”, a non-existing city mentioned in the 1988 film Dark City, by drawing it into Thunderbolts #4. Johnston apparently presumed this Easter-egg was an “alt-right” reference and commenced his attack. However, Jon Malin has made it clear several times that he is not alt-right, stating that he is a moderate with some libertarian inclinations in interviews with both the moderate republican comic book artist Ethan Van Sciver and The Quartering, both of whom have also been recently attacked by social justice warriors in recent months.

Saw @bleedingcool hit piece saying I'm = Ardian Syaf. Syaf hid blatant anti christian/jewish messages. I referenced a movie that creeped me out as a kid because of Pleasant Hill similarities, not some "reading". Comics journalism, everyone. Take an ideological bow, @richjohnston

Comics "journalist".. @bleedingcool and @CBR How about an on the record denial from BIG 2 editorial that they have ever knowing used anti white or male messages, specifically regarding hiring talent or used political intimidation on social media feeds and cover that? Easy enough.

Yeah. Other than how much you suck… 🙂 You are painting me as referencing Alt-Right materials and you know how dangerous that is not only to career but personal safety. If I was Alt-Right I’d own it. I’m not. Oh, and… you suck. Add that to your fable.

Mr. Johnston seems to be the only one who knows about these obscure “Alt. Right” references (which would be very suspicious if I were an SJW). His conclusion was somehow justified in his mind because he had found some guy on the web who had written a blog review of the movie that made mention of an analogy with the “Red Pill” from the Matrix. But what’s even more damning of Johnston’s weak comparison, is that the lone reviewer who made the alt-right/Dark City comparison wrote his blog post over 7 months AFTER Jon Malin’s Thunderbolt’s #4 was published. Does this mean that Mr. Malin also has a time machine? Wow. And not surprisingly, this isn’t the first time Rich Johnston’s outlet has stirred up social justice warriors against Jon Malin.

I’ll take this chance to remind Mr. Johnston that slander/defamation with malicious intent is not free speech but a criminal offense in both countries.

What kind of mentally deficient person would call Dark City reference in a comic book a "reference to the alt-right" and then attack the writer for using it? You're worse than I thought, @richjohnston

By the way, Dark City is an amazing movie and I urge everyone to go watch it. pic.twitter.com/m7SzK8L1FY

Polygon’s Susana Polo and other Marxist propaganda sites like CBR further amplified the issue by boosting the Bleeding Cool “virtue-signal” and regurgitated the story and the false analogy along with equating a “Dark City Easter egg” non-troversy with Islamist artist Ardian Syaf’s inclusion of anti-Semitic & anti-Christian Ayahs from the Quran in an X-Men comic that could easily be defined as hate speech in the West, especially in UK where laws against hate speech are enacted. This would add salt to that recent wound for Disney/Marvel, since both companies are effectively run by prominent Jewish men who are also President Trump donors & consultants (Ike Perlmutter and Bob Iger). While I would submit that “hate speech” is free speech, the Disney/Marvel bosses probably didn’t want Islamists with bigoted views in their company, and should be applauded for giving any person of any faith the opportunity to be included as an artist for the company in spite of any potential religious/political differences. This strategy by Johnston, Polo, and CBR appears to have one intent, and that is to get Marvel to fire Jon Malin.

There simply was no need, in my opinion, to even acknowledge this event as a news article since it’s just a twit about how an artist views the characters he used to draw (Cable was set to change creative teams before this occurred and the remaining issues were already delivered). We hope to see much more from Jon Malin and hope Marvel doesn’t feel this is as newsworthy as Bleeding Cool apparently did. It just isn’t relevant, but like so much news has become today – it’s hypocritical, frivolous, and largely dishonest.

Malin is not the first – and certainly will not be the last in today’s political climate – to be attacked for his beliefs. Just this month comic book creator Will Caligan lost his job for voicing his conservative beliefs on social media.

But Malin’s greatest response might have been when someone accused him of being dismissive by using the term SJW. They also said that comic books should be the most diverse and inclusive industry out there.

Comics likely are the most diverse and inclusive industry you'll find. It's very design allows for anyone to see a hole and create a product putting it into the market and contribute to representation. You can be the solution here, you don't just have to be a spectator. https://t.co/0WXu0zLVNr