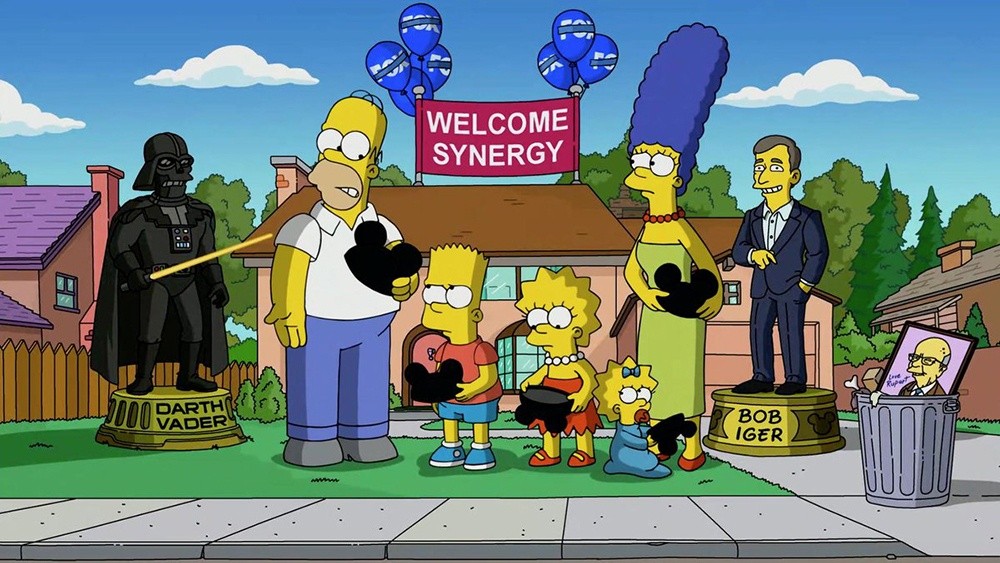 Lost among the Star Wars and Marvel Studios news was The Simpsons’ first appearance at last weekend’s D23 Expo, along with some big news for the property. (via Variety)

Homer, Marge & Co. are of course now part of the Disney family and were at D23, where the show’s producers were asked plenty of questions about what the relocation as part of the Disney-Fox merger means for the series.

The assembled “Simpsons” gang addressed the ever-present question of a second movie outing for the characters, with executive producer Al Jean teasing that they “have talked about it” with Disney, as well as ideas for potential spinoff series.

“I think Disney would be supportive of anything we wanted to do, maybe a crazy limited series with a side character or a movie that we surprised you with, they’ve been really creatively supportive and this is going to afford so many new ways to do the show than just the traditional format,” added fellow EP Matt Selman.

The show also confirmed that the character of Apu is not leaving “The Simpsons,” despite earlier reports to the contrary. Following the controversy surrounding the long-running character, creator Matt Groening reaffirmed the show’s commitment to the Kwik-E Mart clerk.

When asked by a young fan whether Apu would remain on the show — following reports that the character had been written out — Groening said, “Yes. We love Apu. We’re proud of Apu.”

The issue of Apu was the centerpiece of the documentary “The Problem with Apu,” in which comedian Hari Kondabolu interviewed celebrities of South Asian descent about the negative impact that the character has had on them. Executive producer Al Jean previously said that he had watched the documentary and that it had been discussed in the writers’ room.