According to the Bongo Comics Facebook, the 25 years old publisher is finally calling it quits. 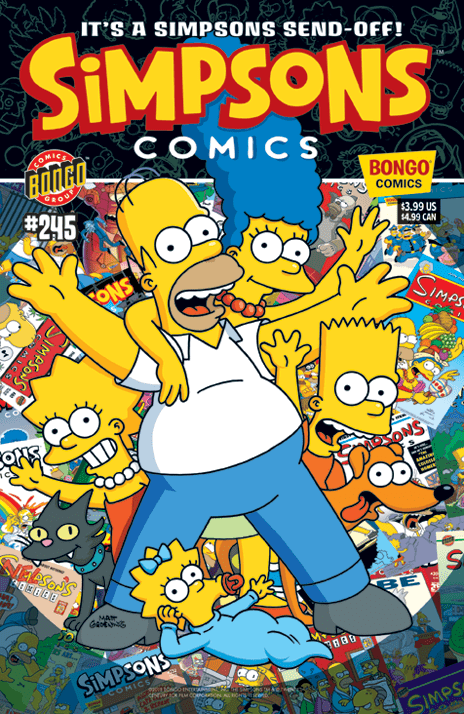 The rumors are true! Simpsons Comics will be capping off its 25-year run with Issue 245 this October.

It’s a heartfelt series farewell from your pals at Bongo. A tale of twists, turns, irradiated missteps, and surprise cameos that will have your head spinning, bosom heaving and wallet screaming to be emptied!

We hate to say goodbye, so let’s just leave it at “Smell ya later!”

The series was launched along with Bongo Comics back in 1993 by ‘The Simpsons’ creator, Matt Groening, telling all-original stories separate from the TV show, as well as follow-ups on events that would occur on the TV series. Several other titles were released over the years, including Itchy & Scratchy Comics, Radioactive Man, and Treehouse of Horror, released annually as a Halloween special.

The name ‘Bongo Comics’ took its name from Groening’s one-eared rabbit from his comic strip Life In Hell. The publisher’s only other major title, SpongeBob SquarePants, also announced plans to go on “an extended break.” In July 2017, Bongo Comics co-founder Bill Morrison left the company to take over as Mad Magazine’s Executive Editor. In December, the Walt Disney Company announced plans to acquire the media assets of 21st Century Fox (which would include Simpsons).