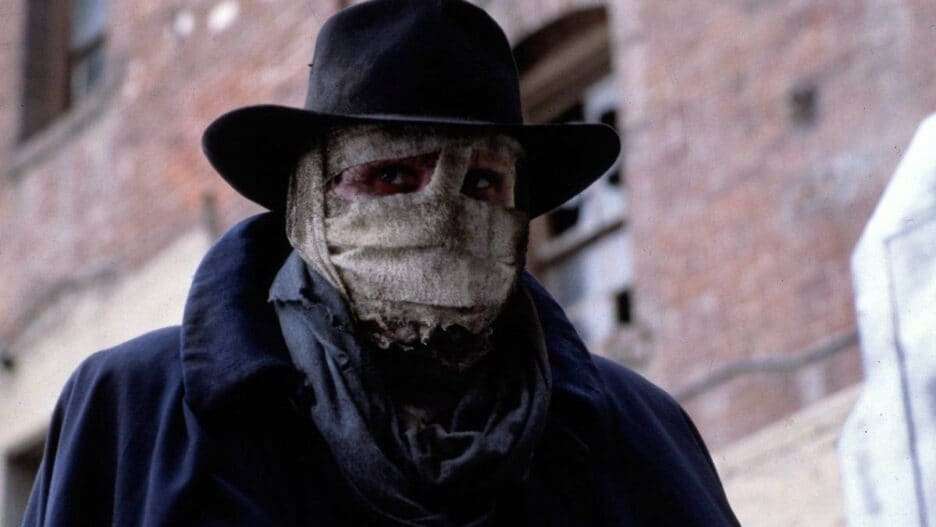 While speaking to Sam Raimi about his debuting Marvel Studios superhero movie “Doctor Strange in the Multiverse of Madness,” The Wrap brought up his first gonzo superhero movie, “Darkman.” And whether or not there’s a possibility for a new installment in the franchise.

“Darkman” was released in 1990, accompanied by one of the more memorable promotional campaigns of the period (“Who is Darkman?”) and starring two future dynamos: Liam Neeson and Frances McDormand. It was Raimi’s first big studio movie after the indie success of his horror classic “Evil Dead II,” and while Universal probably wanted it to be the next “Batman,” it was far zanier and more esoteric, a superhero movie by way of old Universal monster movies, neo-noirs from that period and Raimi’s love of classic radio serial “The Shadow” (when asked if he still wanted to do a “Shadow” movie, he gave an emphatic “Yes”).

And while “Darkman” wasn’t the blockbuster Universal was hoping for, it did moderately well, established a long and loyal cult following and inspired a number of ancillary material, including video games, comic books and a pair of direct-to-video sequels, 1995’s “Darkman II: The Return of Durant” and 1996’s “Darkman III: Die Darkman Die” (both had Arnold Vosloo taking over the Neeson role). There was also a pilot produced for a “Darkman” weekly TV series that was never picked up.

The site asked Raimi if he’s ever thought about a “Darkman” legacy sequel, and his response was yes. “Yes. Universal is talking about a ‘Darkman’ sequel. There’s a producer attached,” Raimi confirmed. “I haven’t heard the story yet or gone into it, I’ve been so busy with this movie (“Doctor Strange” 2). But I think it’s cool.”

Universal has not yet announced any plans to continue the “Darkman” franchise nor have they confirmed the project officially.