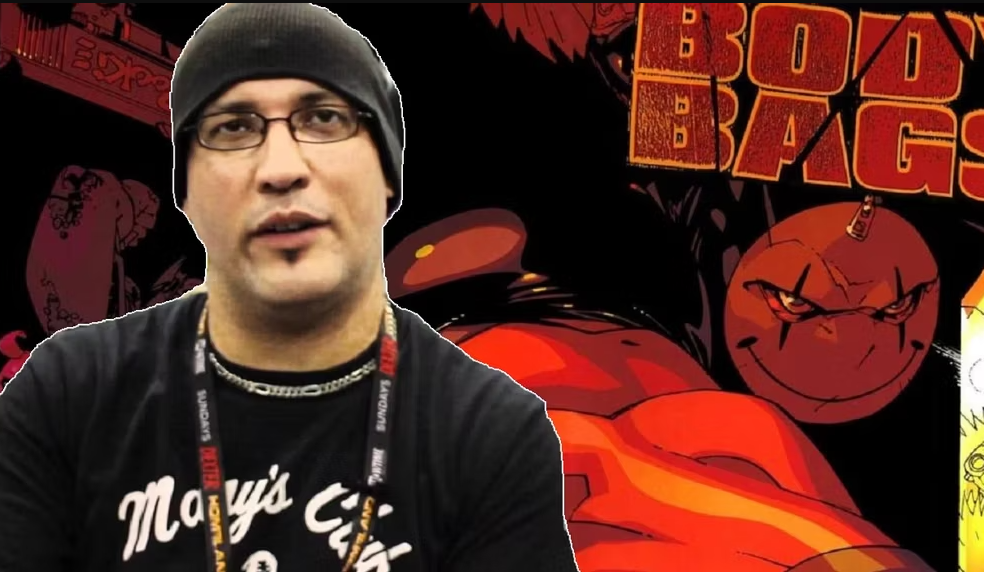 The family of Jason Pearson, creator of the Body Bags franchise, has revealed that the legendary comic book author died last month of natural causes on December 19, 2022.

Pearson’s family announced the news on his Facebook page Monday.

It is with immeasurable sadness and heavy hearts that we announce the passing of Jason Trent Pearson, who died last month from natural causes, at the age of 52.

Jason leaves behind a legacy of work that will be cherished by readers for decades to come. His hyper-kinetic style and breathless pace will be studied by both aspiring artists and seasoned professionals as long as the comic book medium exists. While sometimes a controversial figure, no one could ever question his commitment to the craft or the quality of work he produced as both a writer and artist.

Jason secured his name on thousands of bookshelves through his original creation, Body Bags. Debuting in 1996 from Dark Horse Comics and Blanc Noir (the imprint shared with his studio mates from Atlanta’s famed Gaijin Studios), Body Bags instantly sold out and shot to the top of the ‘Wizard Top-10’ List (the most influential ranking of valuable comics throughout the ‘90s). Created, written, and drawn by Jason, the bombastic series told the story of Mack and Panda, a father/daughter bounty hunting team wreaking havoc in the near future. The title overflowed with dark comedy, drama, explosive action, and provocative scenes, inviting equal
condemnation and praise. But the quality of Jason’s potent creation has kept Body Bags in the minds and hearts of comic fans to this day.

Without question, Jason confirmed his legacy as a creative force, hinting at the years ahead when his pencil would grace the biggest properties at the biggest publishers.

These comics include Spider-Man, Deadpool, X-Men, Batman, The Punisher, and countless others. While his creative abilities were unquestioned, those abilities were only constrained by his personal quest for perfection. To his fans, he achieved that perfection over and over again, although he was rarely satisfied.

Jason is survived by his loving mother, family, and friends who all miss him dearly, and would give anything to hear his laugh one more time.

As Jason once wrote when another prominent creator passed away:

“D.I.P. (Draw in Peace)
At least in Heaven, there are no erasers or deadlines.” 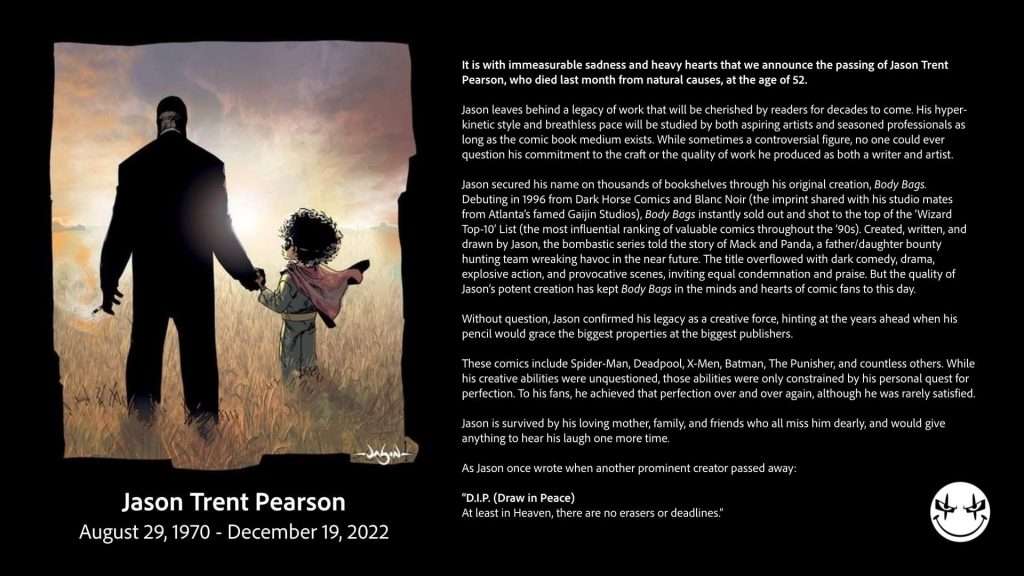 Our sincerest condolences to the family, loved ones, friends, and fans of Jason Pearson.