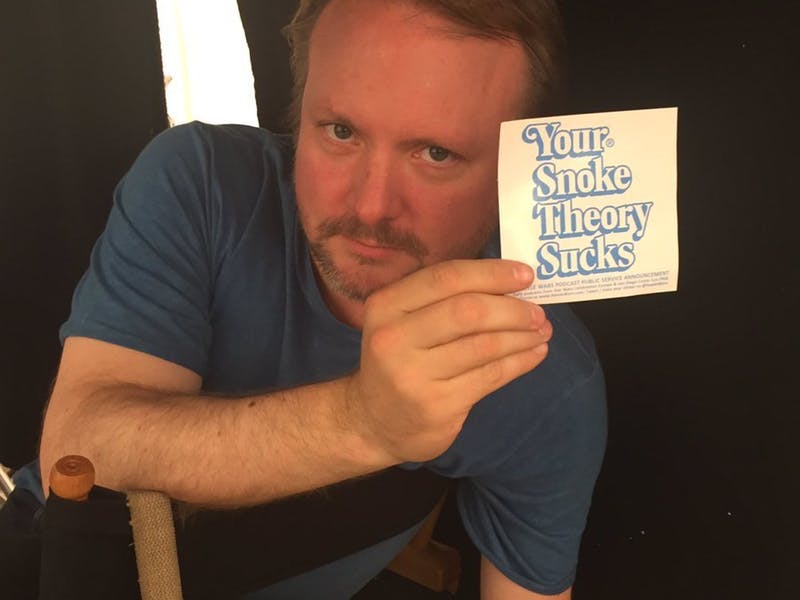 Following the news earlier this week that Patty Jenkins’ Star Wars Rogue Squadron film had been pulled from Disney’s production schedule, and that Kathleen Kennedy, in spite of all her obvious failures and flaws got an unexpected three contract extension, there was some good news in that report that seemed to get buried: Last Jedi director Rian Johnson’s Star Wars trilogy has also been canceled.

That’s right. Rian Johnson is officially not going to be fucking up Star Wars any more. John Nolte brought that to my attention over at Breitbart:

The Last Jedi dropped a huge load all over everything everyone loved about Star Wars, and turned it into an illogical, feminist fantasy full of hollow class warfare with a side order of vegan messaging; where it took a shit all over the character of Luke Skywalker and the Jedi, where it continued the saga of Rey, perfect little boring Rey, the Mary Sue of all Mary Sues…. Did anyone really want to see three more from this Woketard?

I didn’t think so.

THR editor and noted insider Matthew Belloni … cites that similar experiences were held by Game Of Thrones showrunners David Benioff and Dan Weiss who “bailed” on creating a new Star Wars trilogy as well as Rian Johnson, whose own trilogy was also shelved.

[Creative differences are] a laughably recurring problem at Lucasfilm under president Kathleen Kennedy, say agents: Top filmmakers are dying to make a Star Wars movie—until they sign on and experience the micromanagement and plot-point-by-committee process. It happened to the Game of Thrones guys, David Benioff and Dan Weiss, who were hired to create a new trilogy but bailed. It also happened to Rian Johnson, writer and director of 2017’s The Last Jedi, whose own planned trilogy was shelved. Jenkins wasn’t willing to dick around, and she has other projects, notably Wonder Woman 3 at Warner Bros., where she enjoys more creative freedom. (Disney and personal representatives for Jenkins and Kennedy declined to comment.)

There was also Wonder Woman director Patty Jenkins, who either walked away or was asked to leave, and this was after a ton of hoopla over her Star Wars: Rogue Squadron, including a firm release date.

Lucasfilm had announced back in November 2017, one month before the release of Johnson’s Star Wars: The Last Jedi, that the filmmaker would lead a completely new film trilogy based in the Star Wars galaxy. While the project was approved without a comprehensive plot pitch, the intention was for it to be completely different from the Skywalker tale, exploring new people and settings to expand out the franchise’s canon. Since then, Johnson’s trilogy made relatively little development. After The Last Jedi‘s divisive reception, various reports circulated that the movie had been canceled. However, as late as February 2021, Johnson stated that his Star Wars trilogy is still in the works.

Yes, Rian’s SW trilogy is still on. No dates or timelines because he has other projects going on, but it is happening.

Thankfully, the Johnson trilogy is dead.

Lucasfilm President Kathleen Kennedy’s ego, and narcissism has cost Disney a small fortune. She had an entire galaxy to explore, with George Lucas’ legendary characters and fantastic creatures to do whatever she wanted with, but she destroyed it all with modern identity politics.

While Nolte concedes Kathleen Kennedy’s contract extension happened, he says that Disney, Lucasfilm, Kennedy, and Rian Johnson killed the Star Wars franchise’s goodwill by instilling divisive politics into the greatest action-adventure series of all time, by crippling the plot, characters, and fan enjoyment, so “whatever”. After all the failure-theater and limited creativity with the Star Wars property, no reputable director wants to create the next film anymore.