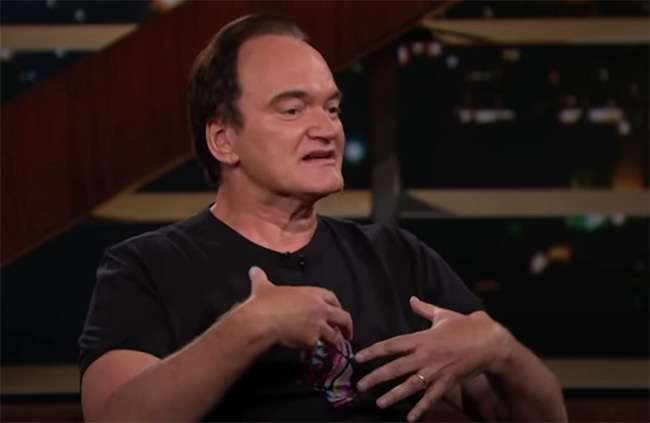 Quentin Tarantino’s appearance on “Real Time with Bill Maher” on Friday night signified a meeting of two vocal minds on the occasion of the upcoming release of Tarantino’s novel version of “Once Upon a Time in Hollywood.” Tarantino spoke honestly about his plans to retire after his next picture, which he is still confident will happen, during the wide-ranging conversation discussing everything from Tarantino’s career to his life in Israel.

During the interview, the renegade director reiterated his plan to retire after he completes his next project. Maher, for his part, tried very hard to change the filmmaker’s mind siting that his best movie may yet to have been made, but Tarantino explained that looking at film history, directors don’t get better: “Don Siegel – if he had quit his career in 1979, when he did Escape from Alcatraz, what a final film! What a mic drop. But he dribbles away with two more other ones, he doesn’t mean it.”

Quentin Tarantino: Once Upon a Time in Hollywood | Real Time with Bill Maher (HBO)

Maher suggested that experience can enhance creativity, citing Reservoir Dogs and how he might make a superior version of the film if he was making it now. But the director disagreed: “That’s kind of a ‘capture time in a moment’ kind of thing.” He then added that he once considered remaking Reservoir Dogs as his final film, but said he won’t be doing that.

You can see the whole interview where he goes on to talk about living in Jerusalem, the battle over artistic choices in film making and to promote his new paperback book which is a companion to the 2019 film, Once Upon a Time in Hollywood.

Earlier in the week, the director and Tel Aviv resident told Jimmy Kimmel that of all the countries he could have lived in throughout the coronavirus pandemic, he was glad to have been in Israel because it “handled COVID the best.” From Breitbart:

“If I’m going to be in another country, the country that handled COVID the best is probably the best country to be in,” the Once Upon a Time…in Hollywood and Pulp Fiction director said about his nine month stay in Israel.

Tarantino married Israeli singer Daniella Pick, who is the daughter of local legend Tzvika Pick, and the couple had a baby in February 2020.

Maher went on to applaud Tarantino for standing his ground amid controversies hurled at his films, like the 2019 ado over Margot Robbie’s lack of robust speaking lines in her role as Sharon Tate. That’s when Tarantino complained about the current “woke” trends in Hollywood.

Bill Maher must not know about The Eternals.