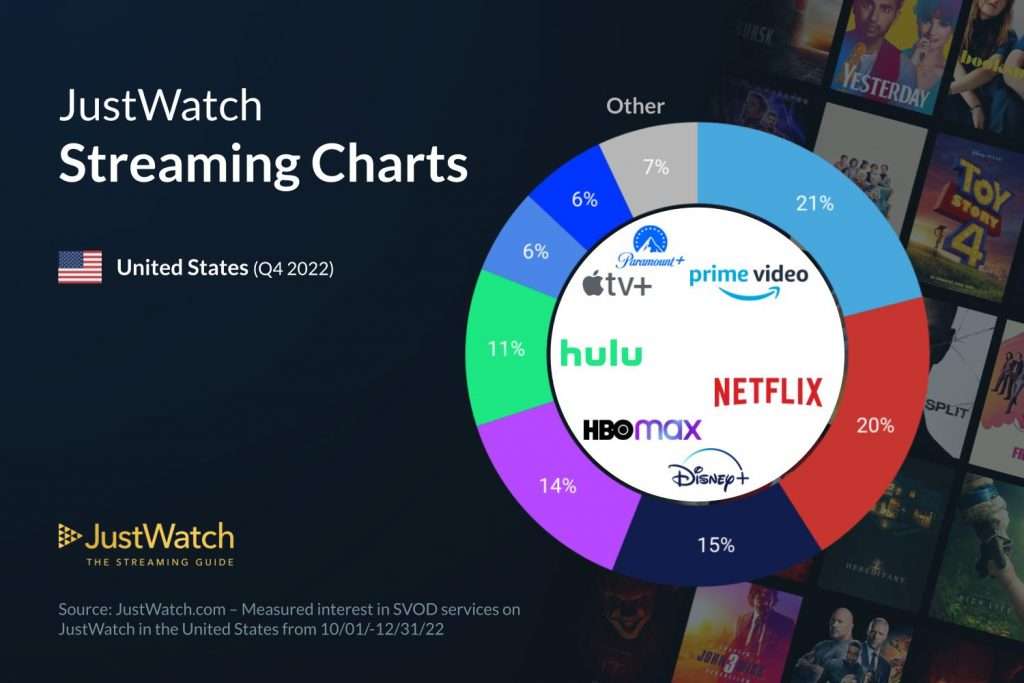 In a historic shift, Prime Video is now the SVOD market leader in the US and now holds a 1% lead over Netflix. Disney+ edged out HBO Max for third place, maintaining a 5% margin to Netflix. Apple TV+ dropped 1% in Q4, and is now tied with Paramount+. According to the latest report prepared at the end of 2022, JustWatch has provided the following chart which shows how Netflix maintained the top spot until October, when Prime matched their numbers. While Netflix was stagnant on growth for the rest of the quarter, Prime Video increased substantially. 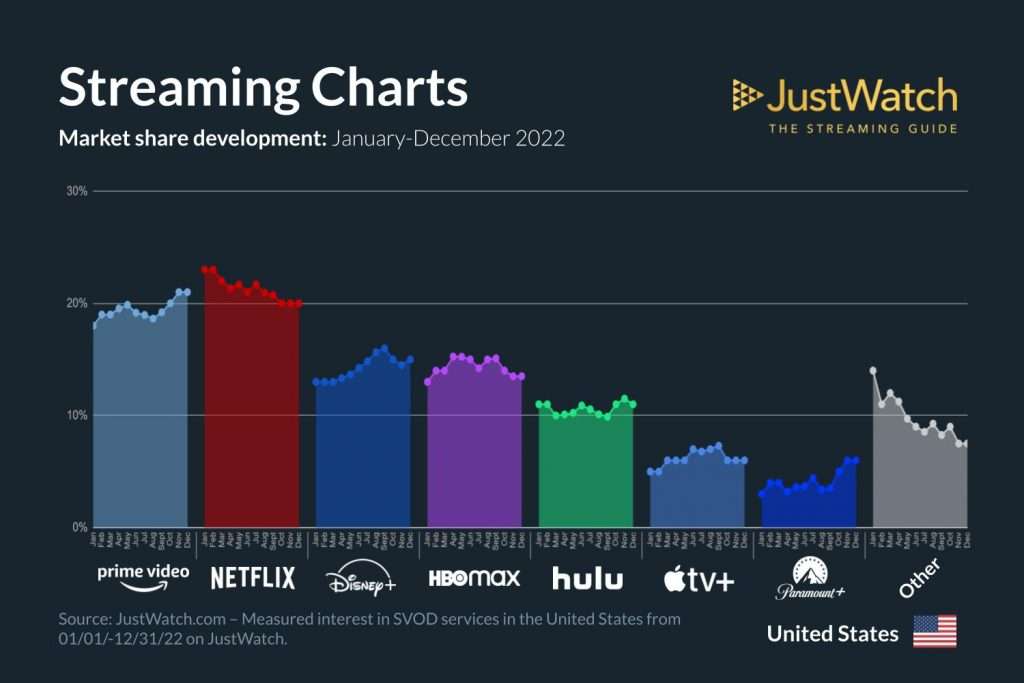 Netflix has had a downward trend throughout 2022, and Prime Video finally overtook the lead position in Q4. Disney+ hit a plateau after a year of mostly growth, dropping severely in September, but still ended the year +2% higher than it began. Apple TV+ and Paramount+ saw +1% and +3% rises through 2022, respectively.

As customers search for the best deals, partnerships with streaming services could help clinch deals—for example, if a bank offered a free Netflix subscription when a customer opened an account. This will also increase subscriber numbers, as customers are somewhat ‘locked-in’ and are unlikely to change bank or other essential services as frequently as streaming platform subscriptions.

Some services are already offering this. In the US, retail group Walmart is partnering with Paramount Global to offer the streaming service Paramount+ to members of the Walmart free shipping program, a competitor to Amazon Prime. Strategies such as these bundles, or ad-supported tiers, and essential services packages are important to make subscribers stick, rather than jump ship for the next big content release. Loyal subscribers will be key for revenues and share prices, as OTT companies weather the economic downturn in 2023.