Prime Time TV Crash: NBC May Cut 1/3rd of Programming to Save Money

Television’s “golden age” is over. Legacy network NBC is now looking at a plan to reduce the number of hours it shows on primetime television due to declining audience and income.

According to the Wall Street Journal, under the proposed arrangement, NBC would end its primetime programming at 10 p.m. eastern (9 p.m. central) every night and provide the next hour to its affiliates to run whatever programming they like.

The decision has not yet been made, but if it is, the network would eliminate a third of the period of time that was traditionally thought to be prime watching time for television. The scripted dramas broadcast on the network during that final primetime hour would be significantly impacted by such a shift.

If the plan goes through, that could me the Tonight Show with Jimmy Fallon might start at 10:30 or 11:00 instead of 11:30 p.m. if the idea is implemented.  unclear how local affiliates who broadcast local news at 11 would react to a Fallon shift. From 2011 to now, NBC has lost 73.74 percent of its viewers, according Spoiler TV. 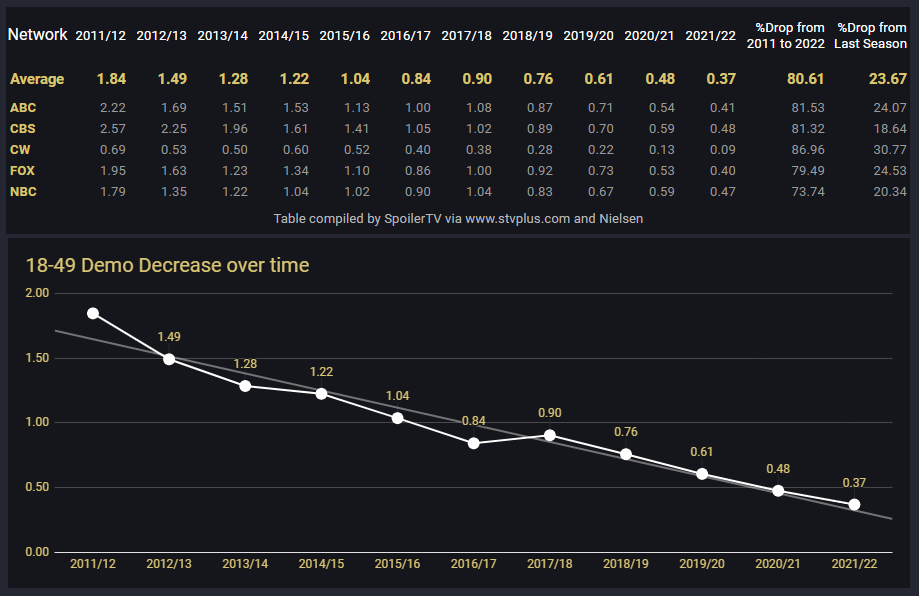 “We are always looking at strategies to ensure that our broadcast business remains as strong as possible,” a spokeswoman from the network told the Journal. “As a company, our advantage lies in our ability to provide audiences with the content they love across broadcast, cable and streaming.”

If the idea is adopted, it is unlikely to go into effect before the fall 2023 season.