The name is Fate. Dr. Fate.

Brosnan, known for being one of only a handful of actors to inhabit the James Bond mantle, is the last key member of the roll call for the production that will feature the big-screen debut of the Justice Society, DC’s precursor to the Justice League that takes a familial and multi-generational approach to heroics. Already suited up are Aldis Hodge as Hawkman, Noah Centineo as Atom Smasher, and Quintessa Swindell as Cyclone. 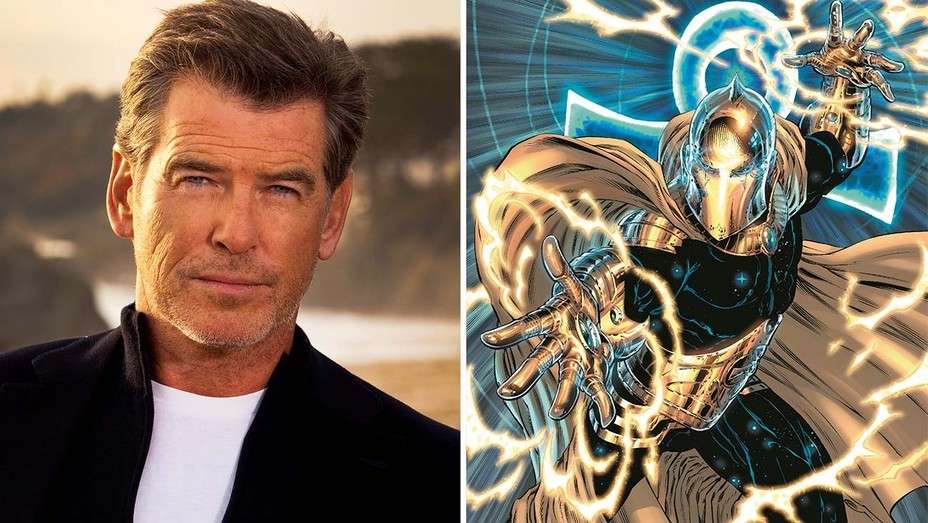 Black Adam is the second New Line/DC film following 2019’s critical and commercial hit Shazam! with the two characters, Shazam and Black Adam, being arch rivals in the DC Universe. The project is headed towards an April start of production in Atlanta.

Plot details are being kept shrouded behind a veil of secrecy as are character details for Marwan Kenzari, the Aladdin and The Old Guard actor who is also in the cast.

Brosnan will play Kent Nelson, aka the good Dr. Fate, a son of an archeologist who was taught sorcery skills and given the magical Helmet of Fate. The character, created by Gardner Fox and Howard Sherman, is one of DC’s oldest characters, having first appeared in 1940’s More Fun Comics #5.