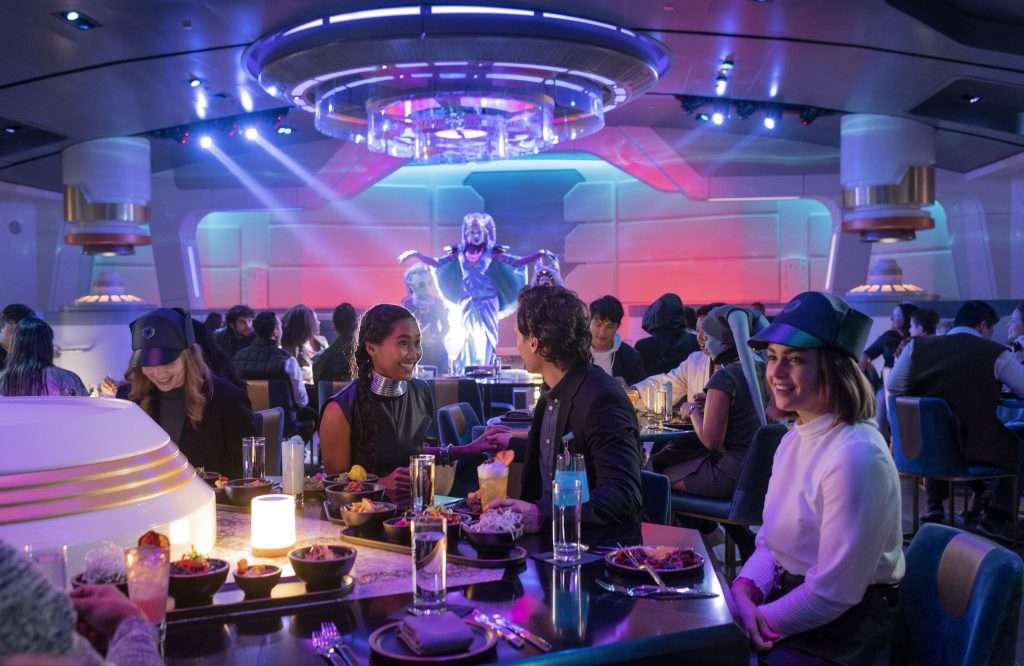 The Star Wars Galactic Starcruiser, billed as a “immersive trip,” combines elements from the Disney’s resorts, cruise lines, and theme parks into a 48-hour space adventure.  The Galactic Starcruiser, located near the Orlando, Florida-based Disney World Resort, was first revealed during Disney’s D23 Expo in 2019. Since that announcement, the attraction has piqued the interest and criticism of potential “passengers.” First of all, the destination is expensive — roughly $1,200 per person every day — and has been kept under wraps until now.

This week however, Star Wars: Galactic Starcruiser has officially debuted at the Walt Disney World Resort. Following the media embargo lift yesterday, fans are getting an overload of “sneak peaks” into Walt Disney Imagineering’s cringy-est feat yet. According to InsideTheMagic.net, lots of Star Wars fans are openly criticizing Disney’s Star Wars franchise after a “cringe” dance party at the $6000 Resort went viral online:

Nonetheless, not everything is hitting with park guests and Star Wars fans, especially the pricey $6000 price tag for a two-night star aboard the Halcyon starcruiser [or this] Ryloth dance session in the cruiser’s beautiful atrium

Aside from the obvious cridge, none of that looks Star Wars or even space. It looks like the old version of the Contempo

This will be the storyline that takes us through the next trilogy of movies they make. A young Jedi that learned the force through the ancient “electric dance”

As someone who tries to defend the Galactic Starcruiser tooth and nail, it’s getting hard to face the fact that we probably would have just been better off with a Galaxies Edge area expansion. pic.twitter.com/izV2DGNRlg

Star Wars: Galactic Starcruiser is a revolutionary new 2-night experience where you are the hero. You and your group will embark on a first-of-its-kind Star Wars adventure that’s your own. It’s the most immersive Star Wars story ever created—one where you live a bespoke experience and journey further into a Star Wars adventure than you ever dreamed possible. Arrive at the Walt Disney World Resort terminal, board a launch pod and rendezvous with the magnificent Halcyon starcruiser. Stay in a cabin or suite with an exquisite view of space. Throughout the ship, you’ll interact with an eclectic collection of characters, sit down to exotic galactic cuisine and perhaps even plot a secret mission together.

As the itinerary continues, you’ll take the story further and more profound. Choose your path. Seek out the inner workings of the legendary starship, learn the traditional art of wielding a lightsaber and even jump on a transport to the planet Batuu—where your mission continues at Star Wars: Galaxy’s Edge!