Let’s get right to it. “Titans” is slow. It looks like it’s trying to be like The CW’s Arrow but with even more terrible fight scenes, a little bit of extra graphic violence and  awkward f-bombs dropped in as they want to say, “We get swear on this show!!” – no nudity, and no gore. The pacing of the series can kind of feel like a slog. Every one of the team members is separated at the start of the series, and they don’t come together for some time. the show is very, very grim, sharing a dark vision that’s closely aligned with Fox’s Gotham. Between their own internal struggles and the prevalent mystery surrounding Raven, there are a lot more questions asked before they are answered. It’s a completely different series from the cartoon, and if that’s the dynamic you’re after, then this isn’t the show for you. If you’re partial to the more serious end of the comic-book spectrum, you may already be watching “Black Lightning” on CW, “Jessica Jones” and a few others on Netflix, “Legion” on FX, “The Runaways” on Hulu and “Gotham” on Fox, then it’s likely that “Titans” should be on your watch list. 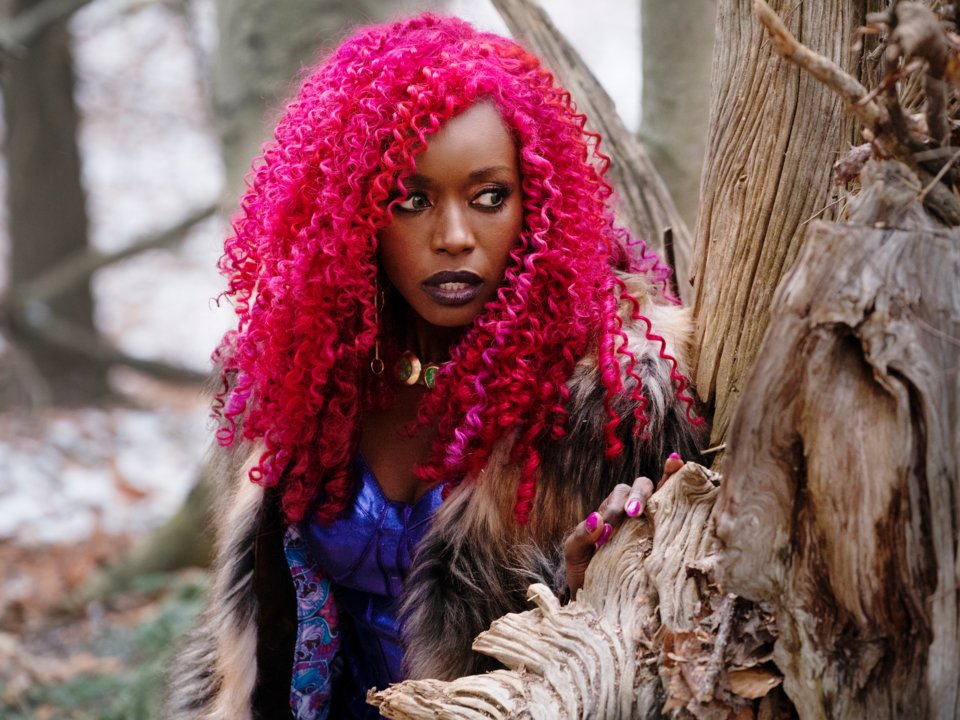 The bottom line: It’s not for everyone, but there are thrilling elements. The series won’t be for everyone, but if you’re a fan of the comics and pay for the streaming service, you should give it a try. Most of the complaints fans had before the show actually aired are much more tolerable in context, so don’t let that dissuade you from trying it out if you can. Ahead of the season one debut of Titans on October 12, the live-action show has already been picked up for a second season exclusively on the all new DC UNIVERSE digital subscription service. 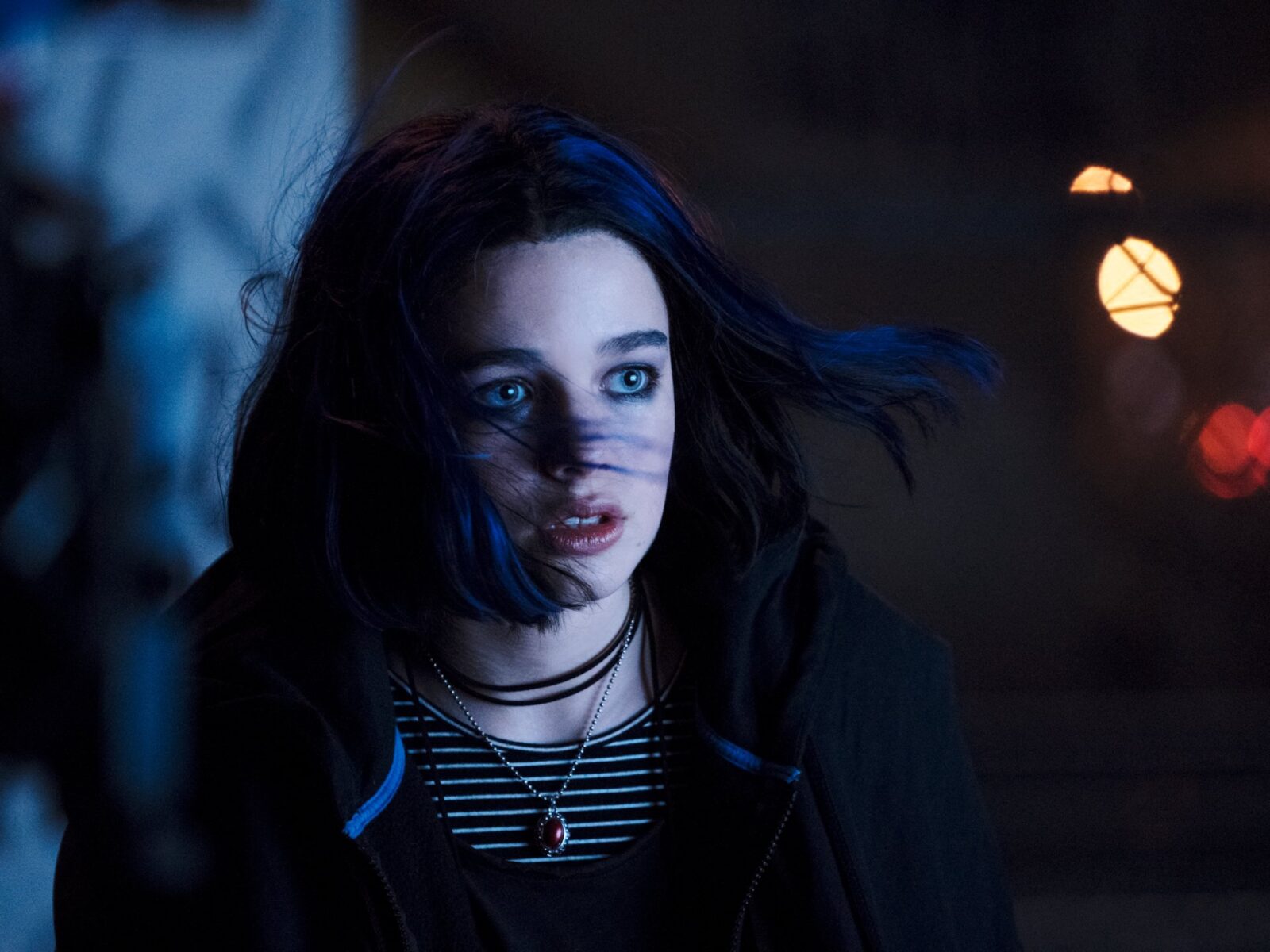 As for the DC Streaming interface/UI? The app still isn’t user-friendly. In fact, it really sucks, but one thing the app does well is highlight and curate the comics and older shows as background reading/viewing before the launch of their new content. In fact, the comic section of DC Universe is the most well-developed part of the platform, most likely because it could leverage DC’s long-existing comic e-reader app.

In terms of content, it’s not the entire DC library (something that Marvel offers, albeit six months after a comic is issued, on its $69 per year Marvel Unlimited service), but it’s a reasonable curation that, as I mentioned earlier, does a good job of highlighting comics that tie-in with the service’s TV and film content. For the casual or medium-level DC fan, it’s a good deal, though it would likely leave hardcore DC comic fans a little disappointed by the lack of selection.

Additionally, Brendan Fraser (Crash, The Mummy), who will voice Robotman, announced that Matt Bomer (White Collar, American Horror Story) has been cast as Larry Trainor/Negative Man in Doom Patrol (2019). The upcoming live-action spinoff is a reimagining of one of DC’s strangest group of outcasts led by the mysterious Dr. Niles Caulder. These announcements expand the impressive list of talent signing on to DC UNIVERSE originals, including Joivan Wade (Doctor Who, The First Purge) as Cyborg in Doom Patrol and Jennifer Beals (Flashdance, Taken, The L Word) as Sheriff Lucilia Cable in Swamp Thing. 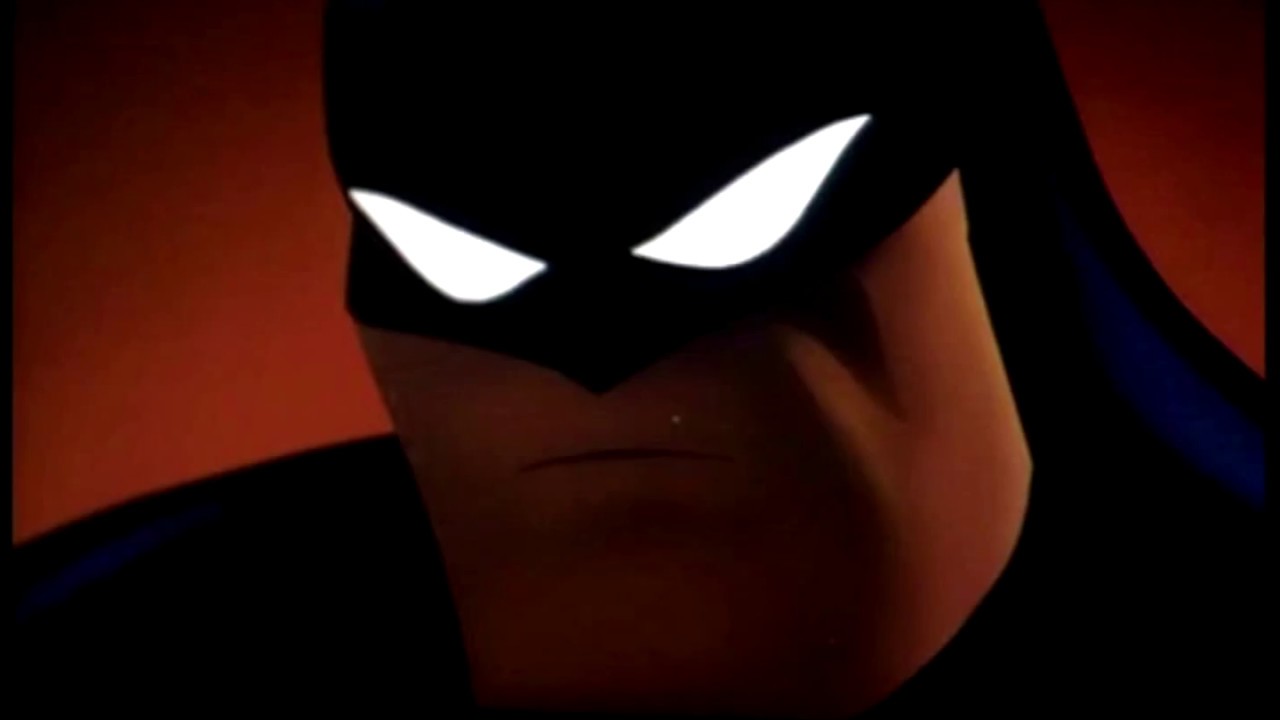 “This is just the beginning of our journey to open up the world of DC for our fans,” said Craig Hunegs, President, Warner Bros. Digital Networks. “With new originals, digital comics, and a growing community forum, we’re delivering an immersive experience that blends page and screen, creating a place where fans can share their passions for their favorite superheroes and storylines like never before. With our first original series, Titans, debuting this month we are truly offering an exclusive experience fans have always clamored for.”

If you’re on the fence about DC Universe, start a 7 day free trial. For many DC fanboys, there is already more than enough to get plenty of use out of the app.  It’s not Netflix, and doesn’t have the same library as Marvel Unlimited, or even Hoopla for that matter, but I can only see it improving from where it is. 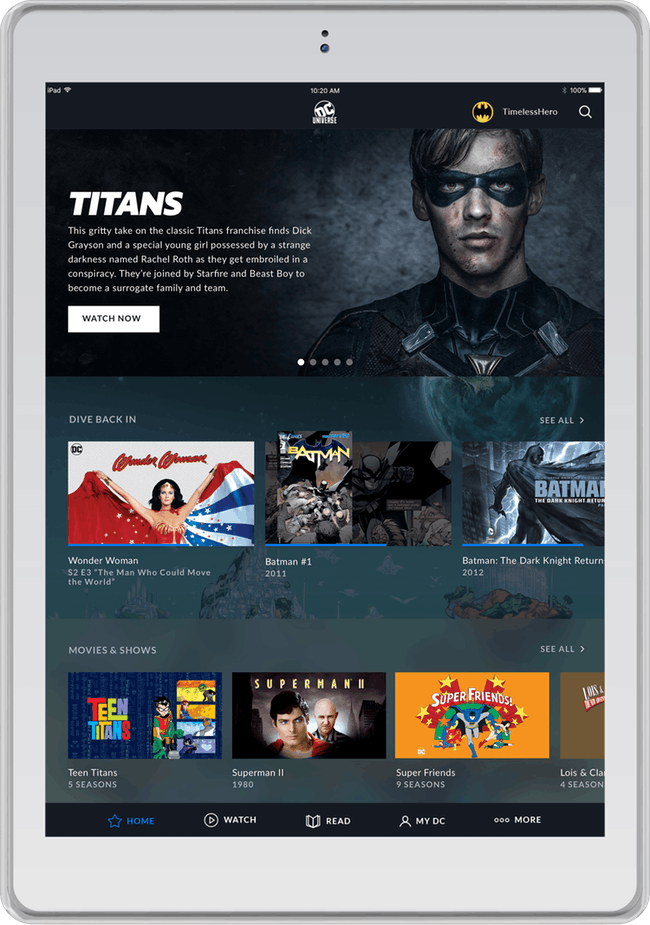