San Diego Comic Con 2019 is now officially in the books, but as usual, Marvel Studios made another big splash with their ‘Phase 4’ announcement of the upcoming slate of films, showing a few teasers and all of the logos of their films at various stages of production.

Here are the logos that were shown, along with teasers for Black Widow and Doctor Strange: 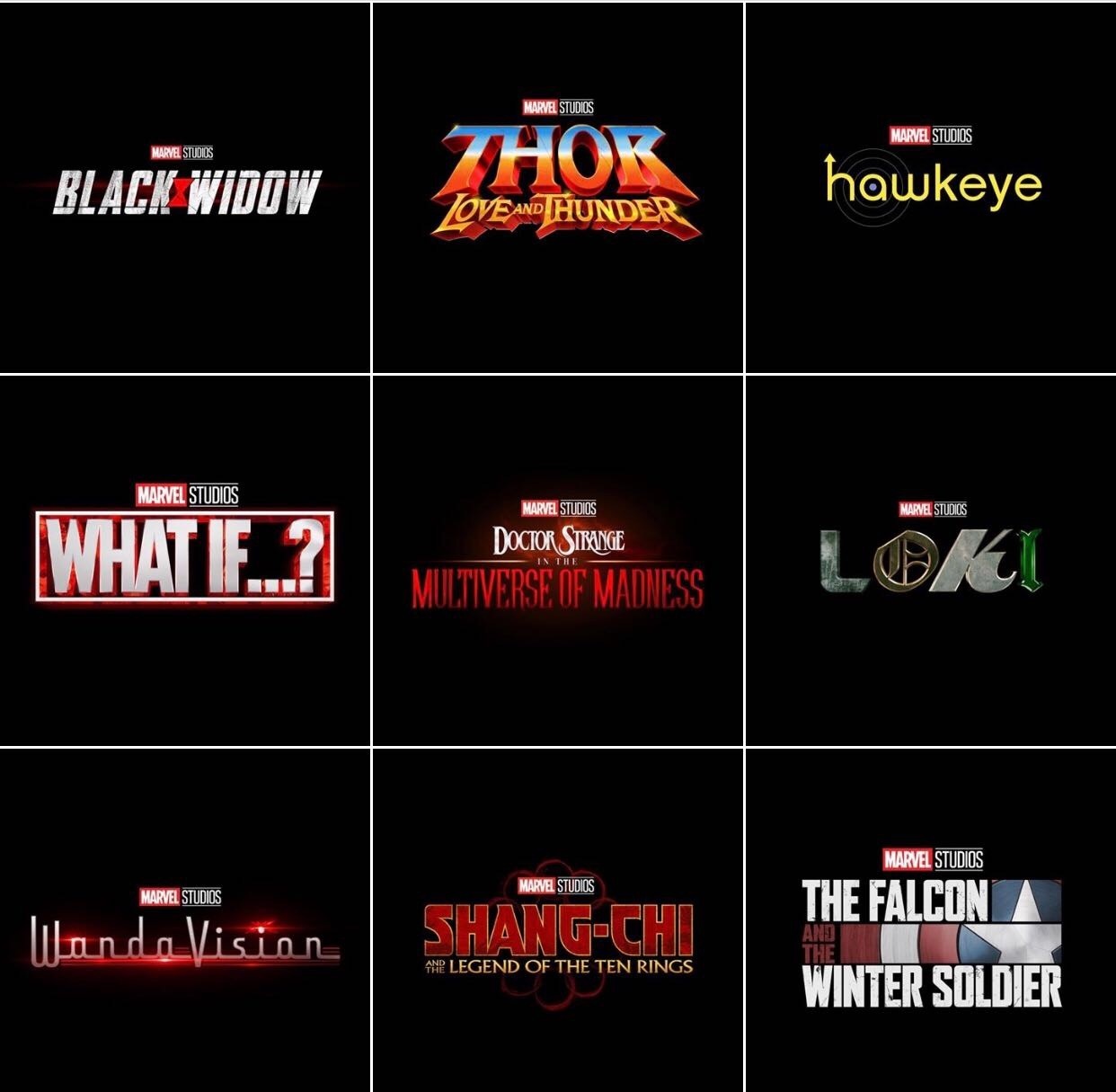 And here is the slated schedule of the upcoming shows and films. Please note, half of the titles in this list will be exclusive to the upcoming Disney+ streaming subscription-only platform:

The Falcon and the Winter Soldier (Disney+, Fall 2020)

Doctor Strange and the Multiverse of Madness (May 7, 2021)

What’s interesting about the last film, is that as of only two weeks ago, news came out that it will once again be helmed by director Taika Waititi, who just signed on to write and direct Thor 4. So expect more comedic fair along with some added social justice with this fourth entry in the series. According to SDCC reports from the HollywoodReporter.com, the film is going to be VERY female centric.

In a big twist, Natalie Portman will return to the franchise as a female Thor, with the story taking its cues from the recent comics run penned by Jason Aaron. The actor hasn’t acted in a Marvel movie since 2013’s Thor: The Dark World, and was believed to be done with the MCU.

Marvel Comics readers already know Jane Foster took on the mantle of The Mighty Thor in a 2014 storyline.  Thor lost his power because he was told  he wasn’t “worthy” and lost his namesake. Jane Foster picked up the hammer Mjolnir and became the Goddess of Thunder, also ultimately taking on Thor’s name. Most fans were split on the decision to simply call her “Thor,” but Marvel persisted. Natalie Portman was reportedly unhappy with how things went down on Thor 2: The Dark World, and in 2016 was quoted as saying, “as far as the MCU is concerned, I’m done”.

In addition to the Jane Foster taking over the Thor role, it appears that a major facet of the story will be about the character of Valkrye being “lonely” as the ruler of Asgard, so she is saying that she needs to find her queen. Tessa Thompson shouted to those attending the panel:

“As new king (of Asgard), she needs to find her queen. That will be the first order of business,” star Tessa Thompson told the crowd to cheers.

This shouldn’t be any surprise since news leaked that such a scene hinting at Valkrye being a lesbian was planned for Thor Ragnarok, but was cut from the final film. By her own admission, Thompson has played the character as queer from the start. Will Thompson and Portman play a couple in the Marvel film? Few details have been revealed yet about the where Thor: Love and Thunder will take the story, but Portman said in her Instagram post she was thrilled to become “female Thor.”

So thrilled to share the news with you today at #sdcc2019 that I’ll be returning to the @marvel #mcu as female Thor with legends @taikawaititi @tessamaethompson and @chrishemsworth. (Remember this as the before picture for when I get jacked)

You know what seems to be missing regarding all this news about Thor? What Thor himself will actually be doing in this film and what the point of the story is. While there isn’t a lot of info regarding which films the alien Norse God will likely pop up in next, the end of Avengers: Endgame implied that a future crossover with the Guardians of the Galaxy – which he cleverly dubbed the Asgardians of the Galaxy upon their unification – would be the best case scenario for fans who have taken a liking to the character’s newfound sense of humor. So without seeing a Guardians sequel on the Phase 4 slate, can we expect to see the god of thunder in Thor 4? Of course, but news of Chris Hemsworth signing on for Thor 4 only just got reported weeks ago, while negotiations began as far back as 2017. Let’s wait until we see what Marvel Studios has planned.

Meanwhile, it’s still 2019 and there are four other films and five television series planned before Thor 4 hits the cineplexes, so it isn’t time to get too excited about a November 2021 movie just yet.

Are you excited about these announcements?

And when are we gonna get to see a Black Widow trailer for crying out loud?! It’s 10 months out!!

Sound off in the comments below.