The latest Zack Snyder film, Army of the Dead, has hit Netflix and while the reaction has been mixed, it could have gotten a lot of negative press had Snyder not decided to spend millions to edit one aspect of the film. Originally the cast included comedian Chris D’Elia, who last summer was accused by multiple women of sexually harassing underage girls. Reshoots and editing were done to replace him with Tig Notaro.

Co-producer Deborah Snyder told The Hollywood Reporter: “It was an expensive one, that’s for sure. I will say, Netflix did the right thing. They put their money where their mouth is.”

Notaro plays helicopter pilot Marianne Peters and after the first trailer dropped back in April, the actress was trending as “Sexy AF”, showing audiences more than approve of the swap. Not sure how that happened, since it seems both sexist and inappropriate, but okay. 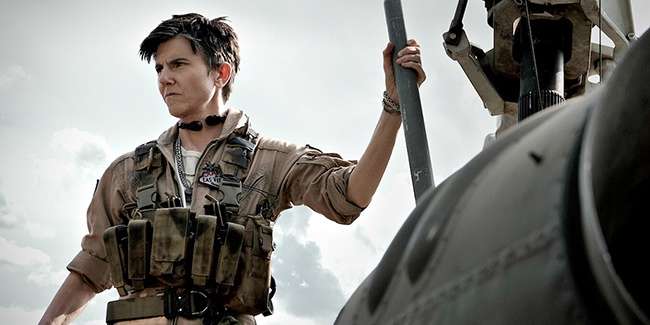 The film also stars Dave Bautista, Ana de la Reguera, Omari Hardwick and Hiroyuki Sanada. It turns out that those fixes may have been the very best thing about the finished film. Film reviewer John Nolte thought Tig Notaro was the best actor in the ensemble, and she acted alone. And although he REALLY wanted to enjoy this zombie heist flick, the rest of the film was an unfortunate bore for him.

Army of the Dead is an hour too long (150 minutes), takes itself way too seriously, and is over-plotted to the breaking point, especially with unnecessary mythology that borders on pretension. There’s a whole subculture of smart zombies whose primary objective appears to be taking everything way too seriously. Everything’s a ritual with this dull group as they worship their king and queen. But Snyder never explains what the overall point of this is, which undermines the believability of these scenes and gives them no real purpose.

Most maddening is a major violation of the Chekhov Gun rule that states everything in drama must have a purpose. If you’re going to tell us these piles of dried-up zombies come to life when it rains, it had better goddamned rain. 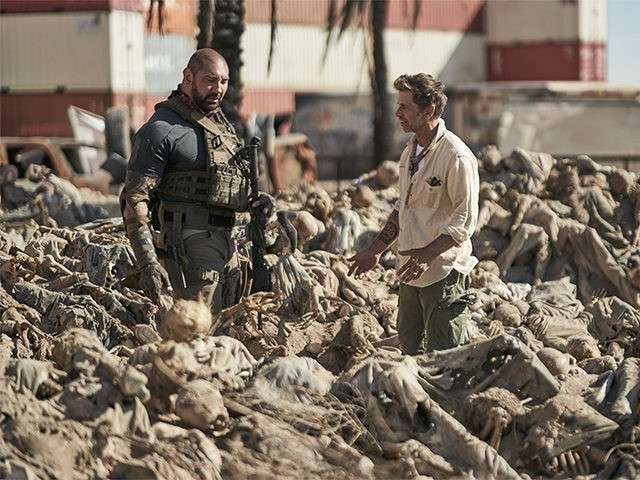 Army of the Dead is also painful on the eyes. Snyder acts as his own cinematographer, and what we get is more of that washed-out look that was so punishing in Justice League: The Snyder Cut. Worse, most of the movie is set in dull, colorless locations. We’re expecting a vibrant and colorful Vegas. Instead, it’s all gray basements and passageways and warehouses.

Another serious problem is the characters. Other than Tig Notaro’s helicopter pilot (she filmed her scenes pretty much alone after replacing an actor accused of sexual misconduct who’d completed the whole movie), no one has much of a personality. Dave Bautista’s Scott Ward, the group’s leader, is a dull mope who’s supposed to exude danger but doesn’t. His estranged daughter (Ella Purnell) is too strident and angry to be likable. Omari Hardwick does his best as Ward’s pal, but no one’s given much to work with, so no one pops. I honestly don’t know whether to blame the script or the actors.

In the end, it sounds like (in spite of their virtuous intent), it was money misspent.