We now know who will be stepping into the Tardis as the new Doctor when the current resident, Jodie Whittaker later this year. Ncuti Gatwa, whose first name is pronounced ‘SHOO-tee, currently stars in Netflix’s high school comedy-drama “Sex Education” as the effervescent Eric Effiong, who is openly gay but from a highly religious family.

The Rwanda-born, Scotland-raised Gatwa, 29, will be the first Black actor to helm the quintessential British sci-fi show, but he won’t be the first Black Doctor — Jo Martin has played “Fugitive Doctor” in several episodes. His casting was officially announced by the BBC on Sunday. 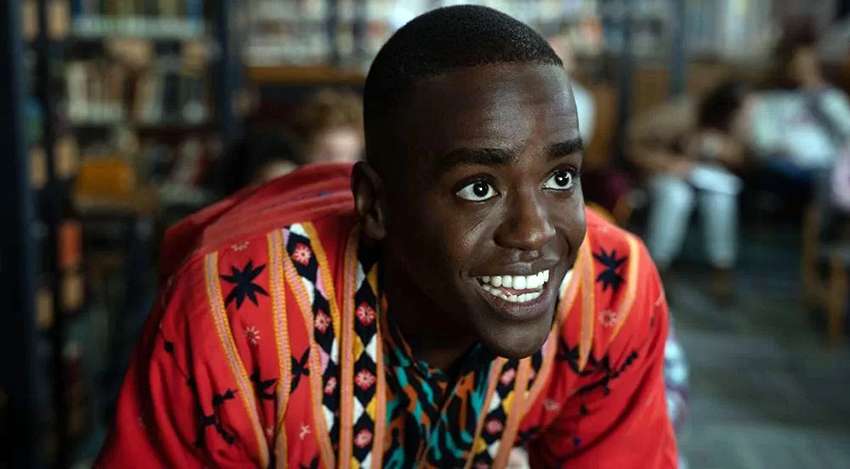 Gatwa said in the press release:

“There aren’t quite the words to describe how I’m feeling. A mix of deeply honoured, beyond excited and of course a little bit scared. This role and show means so much to so many around the world, including myself, and each one of my incredibly talented predecessors has handled that unique responsibility and privilege with the utmost care. I will endeavour my utmost to do the same.”

The original run of “Doctor Who” spanned 1963 to 1989. And Gatwa will be joined by returning showrunner Russell T. Davies who brought Doctor Who back in 2005 revived the show and ushered in two fan-favorite doctors played by Christopher Eccelston and David Tennant. Davies said of the choice: “Sometimes talent walks through the door and it’s so bright and bold and brilliant, I just stand back in awe and thank my lucky stars. Ncuti dazzled us, seized hold of the Doctor and owned those TARDIS keys in seconds.” Gatwa will be joining the long-running sci-fi series just in time for its 60th anniversary in 2023.

“Unlike the Doctor, I may only have one heart but I am giving it all to this show,” Gatwa added.

Jodie Whittaker’s exit, and Ncuti Gatwa’s introduction, will happen with a trio of Doctor Who specials expected to arrive later this year.