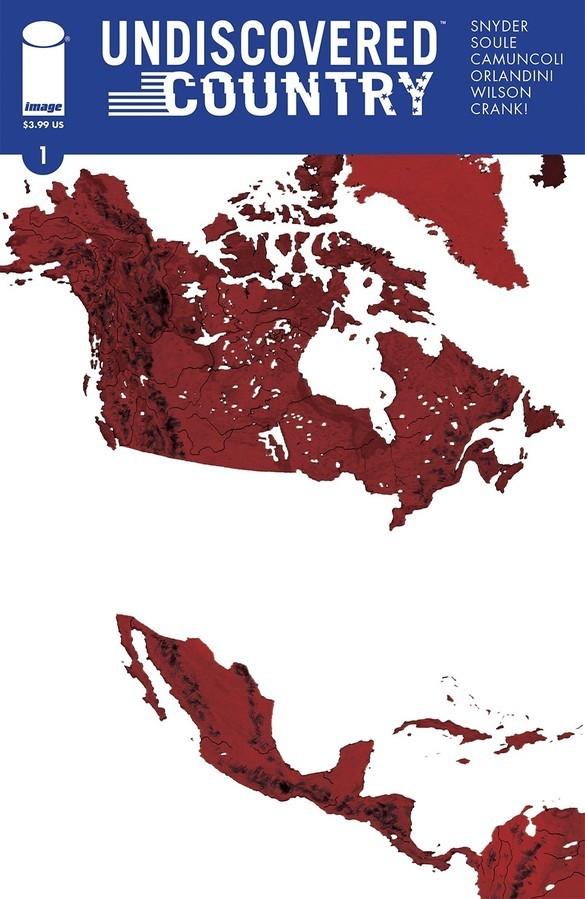 One of the most anticipated comic book series launches of the year—Undiscovered Country by bestselling writers Scott Snyder (Wytches, AD: After Death) and Charles Soule (Curse Words, The Oracle Year, Anyone) and acclaimed artist Giuseppe Camuncoli (The Amazing Spider-Man, Darth Vader, Hellblazer)—has been acquired by New Republic Pictures, after a competitive bidding situation, for potential franchise development.

According to ScreenDaily.com, Snyder and Soule are attached to adapt the screenplay and serve as executive producers alongside Camuncoli. John Hilary Shepherd will oversee development for New Republic. In Undiscovered Country, readers will journey into an unknown region that was once the United States of America—a land that’s become shrouded in mystery and literally walled-off from the rest of the world for decades. A small expedition enters the former US in search of a cure to a humanity-ending pandemic. They travel inward and learn the secrets of what America has become; each member seeking their own form of truth in the undiscovered country.

Undiscovered Country #1 will be available on Wednesday, November 6 and in bookstores on Tuesday, November 12. It can be pre-ordered now with your local comic shop.