Images from the next Adventures of the EXPENDABLES – GO TO HELL!! … Thank you Chuck Dixon and your amazing team for working on this. Go out and get the graphic comic which is going to drop soon

I’m SO HYPED! ‘Ya Boi Zack’ himself, Richard C. Meyer, has REALLY pulled a shocker! Somehow, someway, he was able to workout a deal with the great Chuck Dixon and none other than Sylvester Stallone himself! Yep, Rocky and Rambo himself to make a comic based on Sly’s ‘Expendables’ franchise in a story that could only happen in the comics! Chuck Dixon and Graham Nolan (the creators of Bane!) are handling most of the heavy lifting, among other great creators, to give us a book like no other!

Here’s Richard himself making the announcement.

THE EXPENDABLES GO TO HELL Graphic Novel Is Now Available On Indiegogo!

For those of you that don’t know who Richard is, here is a primer. Meyer has been a comic book fan for decades and has tried before to break into the industry, but the gatekeepers and social justice warriors who don’t agree with his pro-America worldview did all they could to keep him out, so he went and did his own comics here, here, and now he’s working on a project with big names in and out of the comics industry. There’s variant covers by Butch Giuce, Billy Tucci, Kelsey Shannon, Jason Johnson, Renzo Rodriguez, and even Richard C. Meyer himself! Hot damn! I know he’s thrilled since his own Jawbreakers seems to be inspired by the Expendables dynamic.

And if you’re one of the few people who are unfamiliar with the Expendables franchise, here’s a quick recap:

If you’ve been reading my columns here at Bleeding Fool and watching my videos, you know I’ve been a huge Stallone fan (my Rambo: Last Blood review made that obvious) and I think that The Expendables was one of his best ideas! And in this made for comics tale, The Expendables Go to Hell, they’re dead and they’ve all gone to to the place where baddies go when they die! Wow, I am beyond hyped! I was so excited that I backed this project on DAY ONE – and I’ve never done that before with any crowdfunding book! 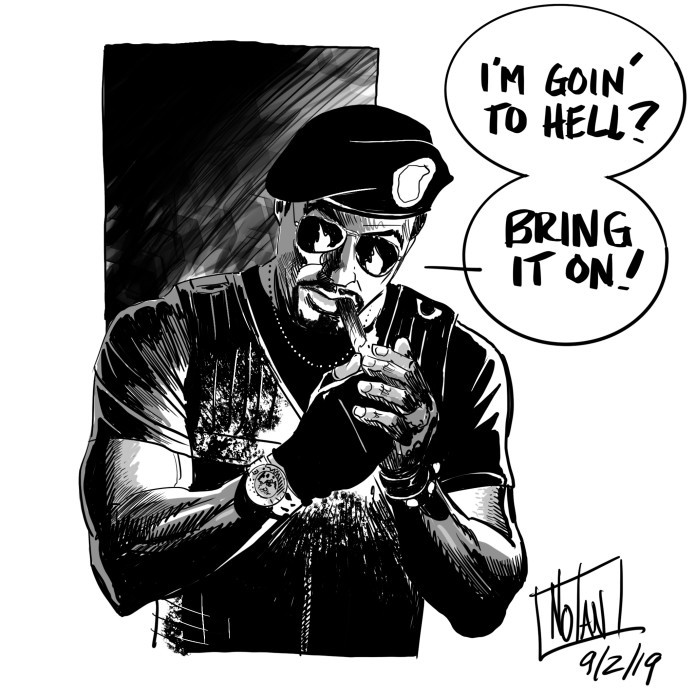 Check out my video below, and afterwards I suggest you all back this! This is gonna be huge! I can feel it!

Talks From the Multiverse: The Expendables Go to Hell! OMFG! HYPE!

UPDATE on the project here:

Check out the campaign page here.